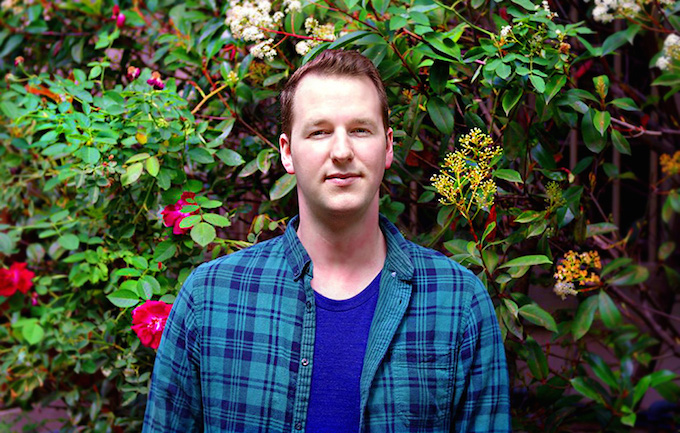 After a few years of stitching together ethereally exotic tropical beats and drafting out otherworldy collages of jungle plants and National Geographic clippings, Monster Rally (aka Ted Feighan) brings his mixing and matching skills (but mostly mixing) to a new album in collaboration with Jay Stone. In advance of their first collaborative release, Foreign Pedestrians, through Oakland’s Gold Robot Records, we got some info on recycling material, keeping the crowd moving, and working on his new records alongside some IPA and banana bread.

First off, how many records do you have hanging around the house?

A few hundred at my place in LA, a couple thousand more at my mom’s place in Cleveland. When my wife and I moved to California two years ago, I only brought a handful with me in an effort to save space. The only records I have now are ones I’ve acquired since moving.

There’s a lot of found material and mixing and matching in your stuff. What about the sampling/ collage process appeals to you?

The idea of recycling found materials and giving them a second life is really interesting to me. I like to combine images / sounds into large compositions that include many elements which are very different from each other.

You’ve mentioned that you go off of cover buys to select vinyls. Any tips there? Is there a different process for picking out material for vocal samples like the the Sunflower EP?

Yeah, this is my main strategy when picking up records. It’s all about what calls to you right away. Everyone has their own personal preferences when it comes to imagery and themes, so it’s hard to give tips. But, your best bet is to go into a record store with a certain amount of money that you know you’re going to spend, maybe $20, and just buy the 20 most interesting looking records from the dollar bin.

For something like vocal samples, it’s a bit harder, but the covers still usually let you know if it’s going to be good. What’s cool about the vocal records is that they often have really cheesy music in-between the talking that can make for fun samples.

When you do find a sample that catches your interest, how do you move forward from there? Whats the process of stitching these pieces together into a finished song? Is there a story you try to get across? Same goes for the collage work.

For the music I usually get home from the record store and put on a few of the records I just bought. Everything is running from my turntable to my sampler so once I hear an interesting section of the track I sample it and go from there. The whole process is pretty quick and I’m trying to establish more of a feeling than a narrative. The samples I choose usually tend to evoke a particular visual so I like to let that happen on its own.

For the collages, I usually spend a few hours just cutting up tons of pieces and then try to compile them in a way that creates several very loose narratives that are all occurring at the same time and place.

Electronic music can be difficult with live audiences. How do you keep the crowd moving?

This is very true. I think that a lot of it depends on the audiences themselves, if people are loose and trying to have a good time, then its usually pretty fun. I’ve used a lot of projections in my shows for a few years and that helps a bit. I don’t worry to much about it, ultimately I just try to get up there and have fun, which usually encourages other people do join in.

Do you plan out any set list or just let what happens happen? Does this change for collaborations with other musicians?

Because of the way I have to play my music live, I have a pretty rigid set list. I have all my samples programmed and I have to remember where they are / when to play them. This makes collaborating with other people pretty difficult in a live setting.

Tell me a bit about how this collaboration with Jay Stone came to be. You mentioned a couple years ago that you always wanted rappers to hit you up about using your beats.

I’ve wanted to work with an MC since I started this project, but I wasn’t ever feeling any of the people who would hit me up. Hunter from Gold Robot had met Jay a few times up in Oakland and had sent me his EP, he also give Jay a bunch of my records. I felt like Jay and I were on the same level about our influences and production style so we started talking. He came down to LA earlier this year and we hang out at my place, drinking IPAs, eating banana bread and making some beats.

Any upcoming tour plans in support of the album? Particularly in the Bay Area (hint hint)?

No formal tour plans at the moment, but Jay and I will be having a big record release show in the Bay Area in January. Details will be coming soon. We’re also planning on a doing a release show in LA as well.

Is this a direction you want to keep going in? Any thoughts about your music being used in other mediums?

We’ll see. I’d like to do some more production for other MCs, some more stuff with Jay. I’m planning on releasing another full length MR record later next year, the Monster Rally & RUMTUM debut full length is in the works as well. At this point I’m really just interested in working on fun projects with my friends and seeing what happens.

What’s your favorite part about what you do as a musician/ collage artist?

The process of creating is the most rewarding. I get more excited about a project as a whole, like an album, that has many parts including artwork and music. It’s also great to spend so much time sifting through great images and music as part of creating something new.

Any artists out there you’re dying to work with? 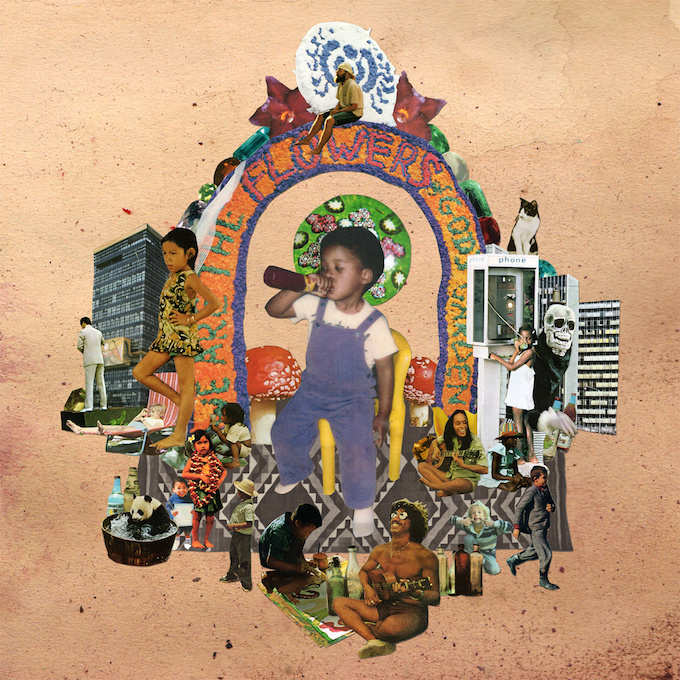