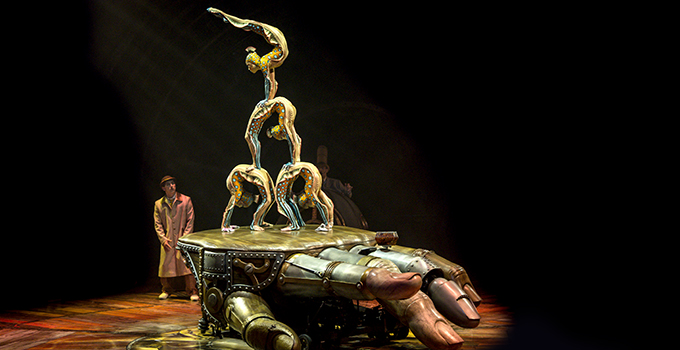 Cirque du Soleil has once again brought its iconic blue and yellow Grand Chapiteau to San Francisco for the U.S. premiere of its latest production, Kurios: A Cabinet of Curiosities. The cabinet in question belongs to the Seeker (Anton Valen), a wide-eyed 19th century inventor whose collection of curious objects and acrobatic automatons spring to life as his knick-knacks take their turn on the stage. 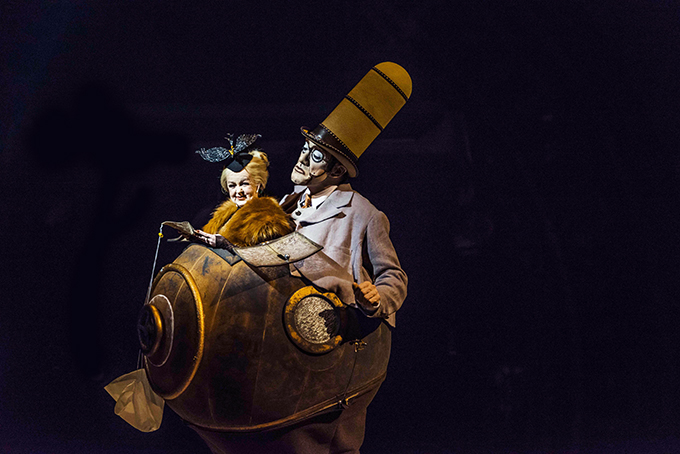 The show begins as the Curiositans – the quirky supporting stars of the show – descend from an opening in the rafters obscured by blasts of steam. Just as they touch down, a train makes its way through the aisles carrying the show’s live band in tow as it plays the main theme of Kurios, a pitch perfect French swing along the lines of Minor Swing that provides a cheery leitmotif for transitions between acts.

After a rousing ensemble number of juggling and acrobatics scored by some breakneck table drumming, the Seeker’s cabinet is unveiled and his toys come to life. There’s a pleasant balance between acts of sheer acrobatic daring and nuanced, performative circus that keeps you in a constant state of awe while letting your heart rate return to baseline. 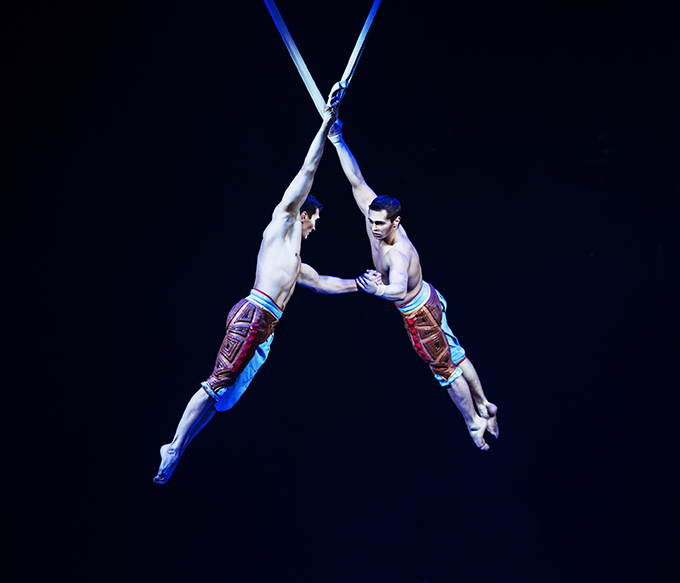 On the death-defying side is the Rola Bola act, in which an Aviator (James Eulises Gonzalez Correa) lands his miniature prop plane on stage, using it as a platform for balancing upon towers of cylinders and balls until he is lifted up to the top of the tent for an anxiety-inducing act of precision and stability.

There’s a bit more story involved in some of the acts, however. After appearing throughout the show as a pair of conjoined twins, brothers Roman and Vitali Tomanov emerge as individuals from their shared outfit, taking flight over the crowd while executing complex stunts on aerial straps. There’s something wonderfully cathartic in seeing these two acrobats burst into a synchronized routine after being joined at the hip for the entirety of the show, soaring over an enraptured audience in a palpable expression of freedom. 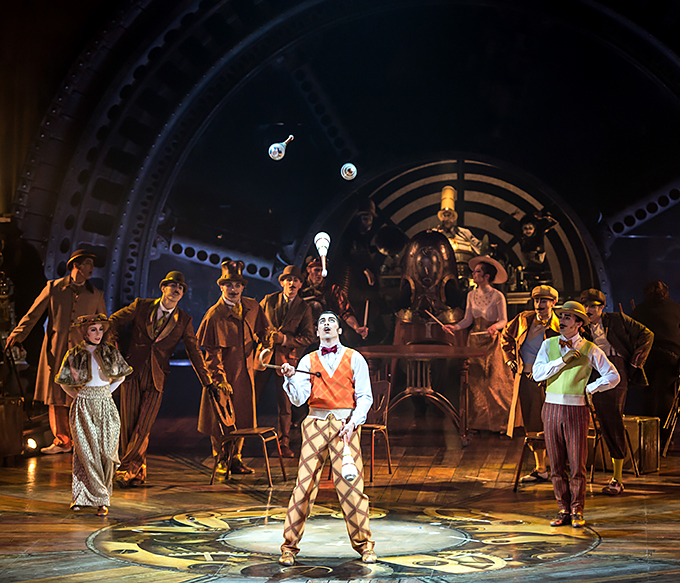 There is, of course, some incredible clowning (some of Cirque’s best, arguably) in David-Alexandre Despres’s performances, first as the ringleader of a human-sized flea circus, and later as a slew of brilliantly mimed characters who appear throughout the course of a hopeful date.

While other Cirque productions have banked on an overarching storyline paired with some operatic rock music, Kurios takes a variety show approach that evokes the circus of days long gone. The textures of the sets and the costumes, from the rivets, pipes, and occasional steam bursts of the workshop’s machinery to the old-timey costumes of singlets and steampunk-tinged Victorian dress, create a tangible experience that forces you into the mysterious world of Kurios.

This is truly the world you want circus to live in: gorgeous, idealized, nostalgic visions of a topsy-turvy traveling carnival of the late 19th century.