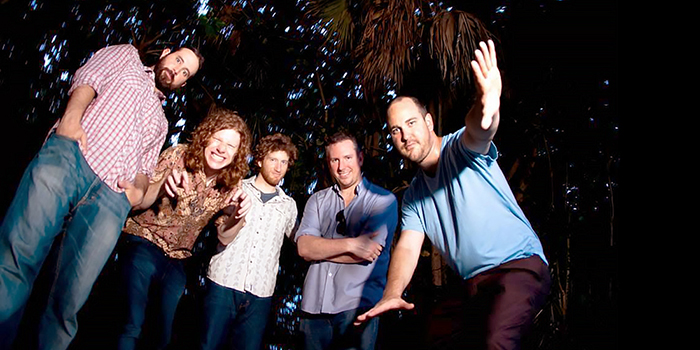 Hailing from Fort Lauderdale, Florida, The Heavy Pets are an American rock band that blends rhythm & blues, jazz, funk, disco and reggae with rock & roll. Called “a living, breathing, force of nature” by Relix Magazine, the Pets are known for their soulful songcraft and powerhouse live performances. The band kicked off its latest tour, playing a two night doubleheader at one of San Francisco’s most renowned venues, the Boom Boom Room. We caught up with Jeff Lloyd, singer/guitarist for the band after the gig.

How did you come up with your band name?

The Strokes was already taken.

What music has had the largest influence on you?

My biggest musical influence is my family. My mother is a high school music teacher and also taught lessons out of the house, so I grew up surrounded by music and instruments. Many members of my extended family play too, so every family get together we would be jamming late into the night. That’s really how I learned to play.

What are some memorable milestones you guys have experienced in your careers so far?

We played our 1000th show in November, so that was by definition a milestone, I suppose. Some of the festivals have been amazing experiences…Bonnaroo, Jam Cruise, Gathering of the Vibes, High Sierra, etc. They are all intense experiences and you are surrounded by incredible musicians and talented people, and it’s like, “Wow, we are in good company.” Really though, the best feeling is releasing new music. Every new recording we release is the biggest milestone. It’s not about what we think we accomplish, it’s about what we create.

What are some milestones you are looking forward to in the future?

More recordings. We are heading back into the studio in March to record another EP, our fourth in the new series. We have also signed on for some pretty fun and ambitious projects that have been great creative catalysts. For instance, in March, in Florida, we are doing something we are calling “Spring Training,” where we are playing four nights in a row and each of the nights has a different musical theme. In addition to learning some covers, which we hardly ever do, we are reworking some of our own material in different styles, and that has been a blast. The fourth night, we are playing our debut double album, Whale, in its entirety — something we have never done before, which will see the rebirth of a lot of material that hasn’t been played in years.

Is there another artist you would like to collaborate with on a future track? If so, who would it be?

Well, for years now we have been doing shows with pedal steel master Roosevelt Collier. We have spoken many times about doing a recording with him, so hopefully one of our next EPs will finally feature him. He plays with such intensity and soul. Just pure fire. It fits very nicely with what we do. The guy is a genius.

Jam Cruise is tough to top. It’s an amazing experience, and not only are the acts impressive as hell, so are the fans. These folks take appreciating music very, very seriously and it’s inspiring, to say the least. The jam room there is also a pretty unique thing. There is a room set up with a stage and gear for all the musicians to jam, and a lot of spontaneous and unique musical collaborations occur as a result. 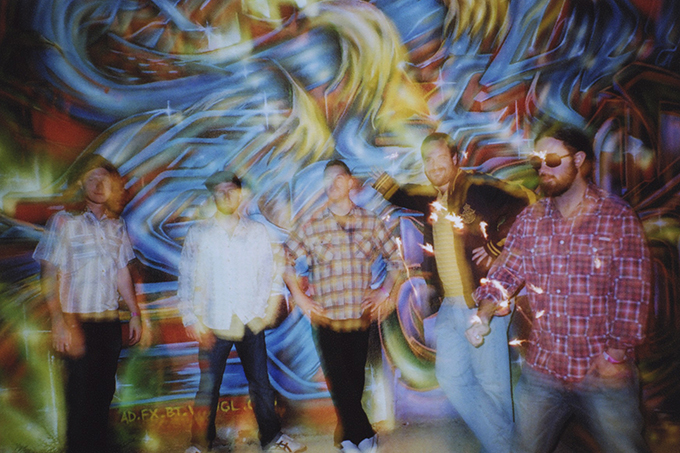 What’s your dream venue to play at? Why?

Probably Giants Stadium. MetLife or whatever…it’s still Giants Stadium to me. I have been going to games there with my family my whole life, so that would be pretty fulfilling. It probably pays pretty well too….

Which song do you look forward to performing the most?

The brand new ones. Debuting material is the greatest feeling in the world.

How do you kill time on the road?

I sleep. There isn’t much time to kill and sleep is always in short supply, so we try to grab it whenever we can. Most of our time is spent prepping for the shows and playing, and we spend most of the rest of our time visiting and catching up with friends and family on the road.

What’s one thing you can’t live without while on tour?

Food and water. My iPad mini is pretty fun too.