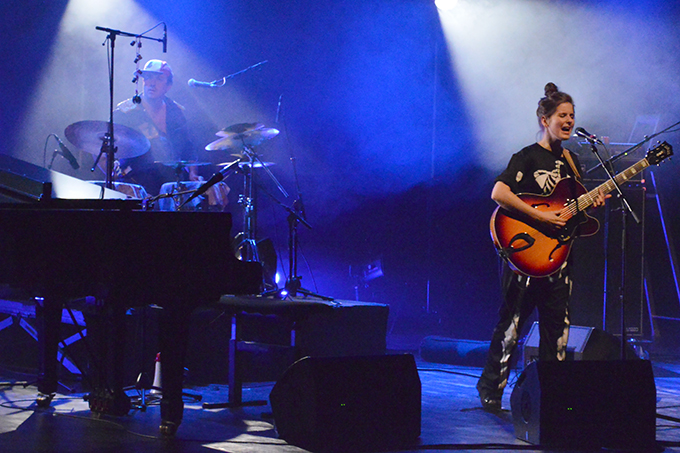 It’s obvious that Canadian singer, Klô Pelgag marches to the beat of her own drum. Her performance at La Source in Fontaine, France, showcases her wild and entertaining style. She appears from backstage in a skeleton suit, twirling towards the grand piano which sits center stage in front of the audience. Behind her are three girls; one playing the cello the other two on violins; all three are wearing wedding dresses, gold chains and big red caps! The bass player is dressed up as a teddy bear obviously, a bear with one one enormous fat leg. How can he even walk? Meanwhile, the drummer is decked out in hip-hop gear and surrounded by big, fluffy pillows. 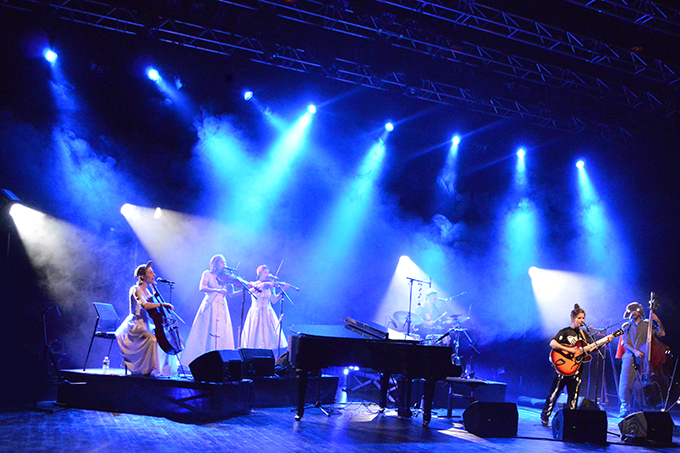 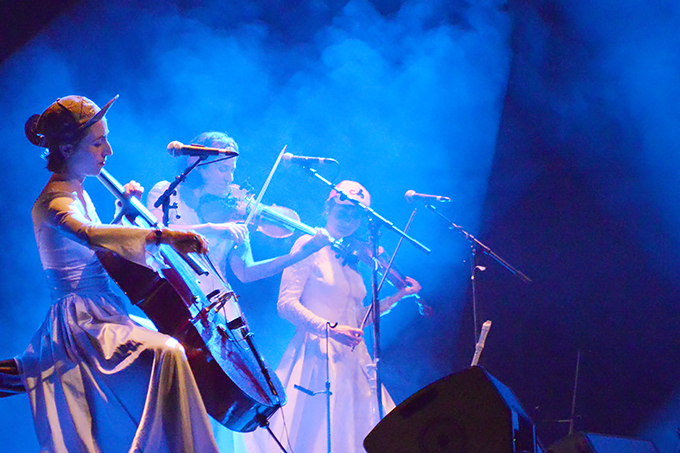 Once Klô Pelgag sits at her piano, her powerful voice takes over. “Bonjour!” she speaks to her audience with a strong Quebecois accent. “Merci à vos jambes de vous avoir emmener jusqu’à moi,” she jokes, thanking everybody’s legs for bringing them out to the show tonight. She grabs a guitar, starts singing again, standing at the front of the stage. “Merci pour les mains”, she thanks the audience for the applause. She is delightfully eccentric, and her band mates are too. All of a sudden, the bear bass player goes crazy, takes of off his hairy suit and starts runnning around the stage. Klô keeps playing, smiling at him, acting as if everything is normal while every so often screeching out a laugh. Then the boy grabs a big ladder and climbs it. He wears funny sun glasses with two little spotlights, that make him look like a fly. 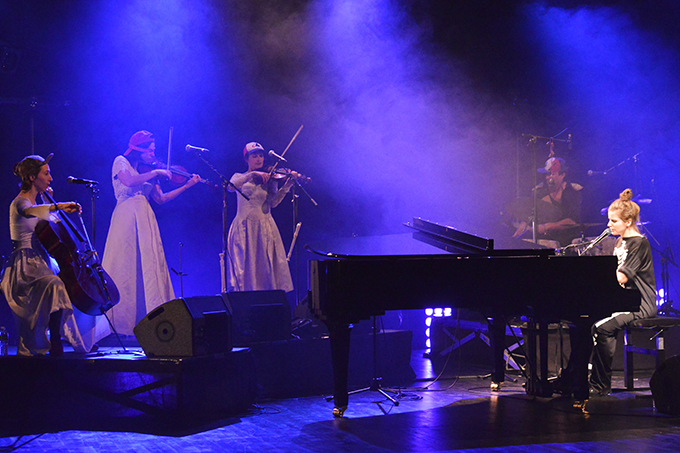 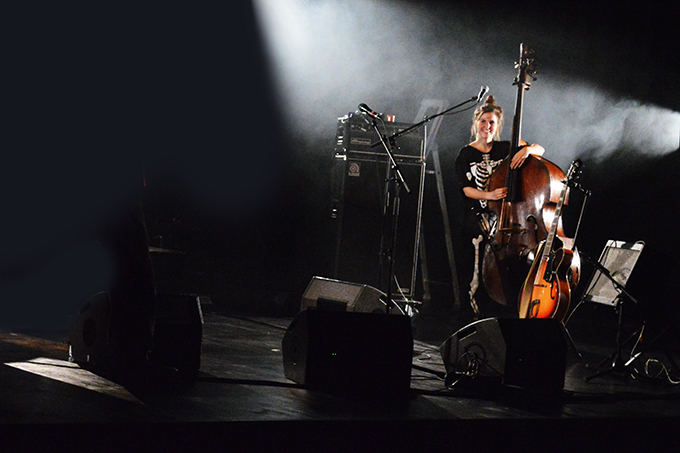 In this madcap setting, illuminated by colorful spotlights, Klô Pelgag flutters around as if her feet never touch the ground. After a great 90-minute set, she bids farewell to the crowd and they respond with loud appreciative applause. 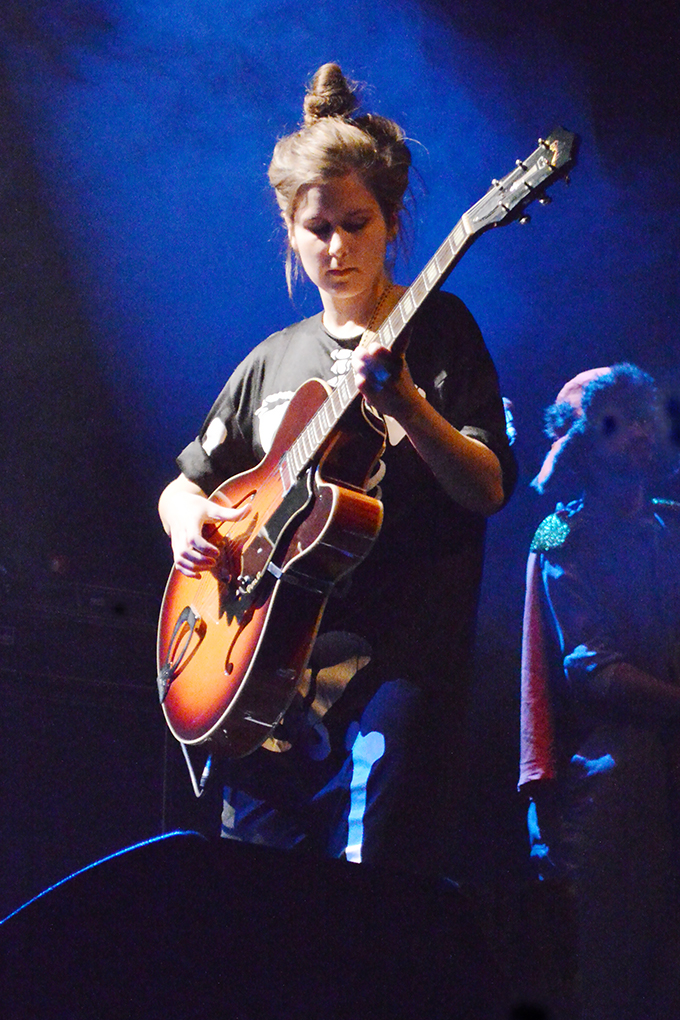