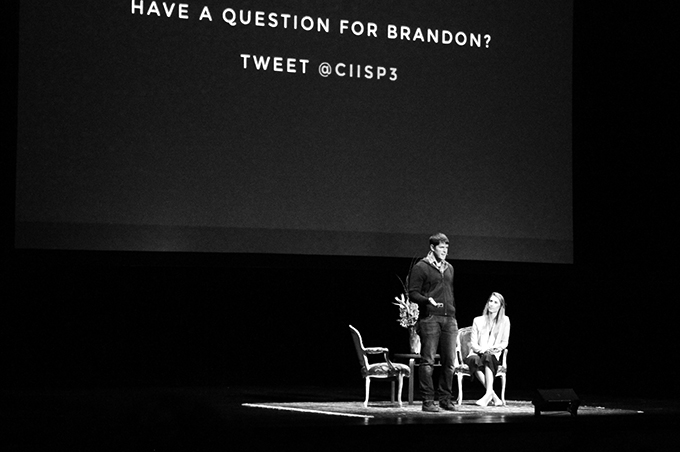 Last Friday night, San Franciscans had the chance to meet photographer Brandon Stanton, an important personality in the digital world and creator of the website Humans of New York. The eventseeker team was also there to recap the events of this amazing night.

Stanton presented details about his history, his work, and his passions at the Nourse Theater event, which was held by the California Institute of Integral Studies as part of its public programs calendar. More than 1,500 people attended the event, proving how influential and famous Humans of New York has become.

His presentation began with him telling the crowd about how and when he got into photography, and explaining the details of his life and aspirations. He decided to start taking pictures when he lost his job and had to look for a new occupation, prompting him to start photographing random places in Chicago. He then moved to New York and decided to focus his work on the city’s diverse population, which is how the intimate and unique project Humans of New York was born.

Today, Humans of New York has more than 12 million fans on its Facebook page and a New York Times bestselling book. Stanton’s work has also inspired tons of other photographers from around the world to start taking daily glimpses into the lives of strangers living in their own cities.

Another highlight of the night came when Stanton detailed to the crowd how he approaches the people in his photographs, and how he gets to know so many intimate details of their lives in a 10-minute conversation. Humans of New York has become one of the most famous, inspiring, and influential photography and storytelling projects in the entire world, and learning more about the awesome man behind the camera was amazing.

The California Institute of Integral Studies has several other great programs and events coming up. Check out the website for the complete schedule.