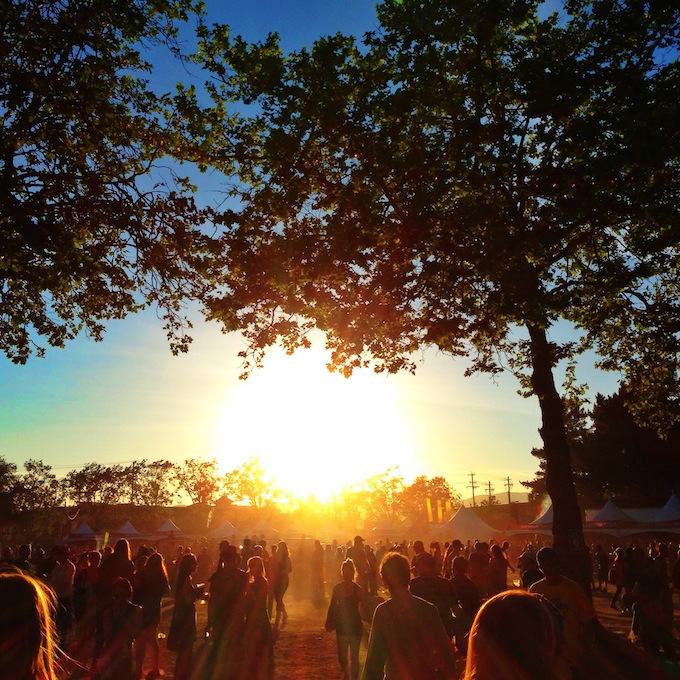 Spring is here and May is a great month for a little getaway. Some of you might still be recovering from Coachella, but we want more! If you feel the same way, check out our list of the 10 best festivals in May from across the globe.

BottleRock // Napa Valley, CA
Dates: May 29 – May 31
This is the third BottleRock in Napa Valley, and just like its predecessors, this year features a fantastic lineup full of headliners such as No Doubt, Robert Plant, Cage the Elephant, and Foster the People. While enjoying some great music, you’ll also have the chance to taste some of the most amazing wines of the region and even watch Flavor Flav give a cooking presentation.

Hangout Music Festival // Gulf Shores, AL
Dates: May 15 – May 17
Located on the beautiful shores of Alabama, this festival is perfect for hanging out, relaxing, and seeing some big names, such as Beck, Foo Fighters, Paramore, and Major Lazer. A lot of people rent a beach house during the festival to really make the most of their experience. Be sure to get your ticket soon, as the festival sells out quickly!

Joshua Tree Music Festival // Joshua Tree, CA
Dates: May 14 – May 17
This is a festival for modern hippies! Everyone is welcome and there is a special festival for kids going on during the main event. Besides that, the festival also offers yoga and healing workshops, as well as art auctions and an astronomy theater. Get ready to get your zen on!

Love Saves the Day Festival // Bristol, UK
Dates: May 23 – May 24
This year marks the fourth anniversary of Love Saves the Day, one of the first big UK festivals of the year. If you’re lucky, you won’t get rained on while watching amazing artists such as Azealia Banks, Jessie Ware, or Grandmaster Flash.

SunFest // West Palm Beach, FL
Dates: April 29 – May 3
SunFest is a dinosaur amongst festivals; it has been around since the 80s and still attracts visitors from all over the world. This year’s lineup features artists such as Fall Out Boy, Lenny Kravitz, Hozier, and Kaskade. Check out some of the festival’s special features, such as the fireworks show and the Floating Oasis bar.

Rock in Rio // Las Vegas, NV
Dates: May 8 – May 16
The world’s biggest festival started in Brazil and is now making its way to the US! Rock in Rio is taking place at the MGM Resorts Festival Grounds and features Metallica, Taylor Swift, and Bruno Mars. The festival offers a big variety of artists and is open for everyone to come and party!

Liverpool Sound City // Liverpool, UK
Dates: May 22 – May 24
Liverpool Sound City is one of the more affordable festivals but still offers a great lineup that includes bands such as The Flaming Lips, Swans, The Vaccines, and Belle and Sebastian. The festival showcases some of the most influential artists and is also a great platform for artists in the making.

Extrema Outdoor // Houthalen-Hechteren, Belgium
Dates: May 22 – May 24
Extrema Outdoor Festival is almost sold out! Located on a beautiful lakeside, this festival feels like a dance music summer camp. Be prepared to dance the night away while watching DJs and acts perform live on stage. The lineup includes Jamie Jones, Tale of Us, and Len Faki.

Sasquatch! Festival // Quincy, WA
Dates: May 22 – May 25
Sasquatch! Festival has really made a name for itself in the festival scene over the past few years. Featuring the biggest names in indie, electro, hip-hop, and comedy, the festival stands out amongst others. This year’s headliners are Lana Del Rey, Kendrick Lamar, Robert Plant, and Sleater-Kinney.

Beale Street // Memphis, TN
Dates: May 1 – May 3
Beale Street Music Festival is a traditional festival that has been around since 1978. It features a lot of local artists but also newcomers as well. Its lineup contains mainly rock, blues, and jazz artists, but the organizers also got some hip-hop artists on board this year.