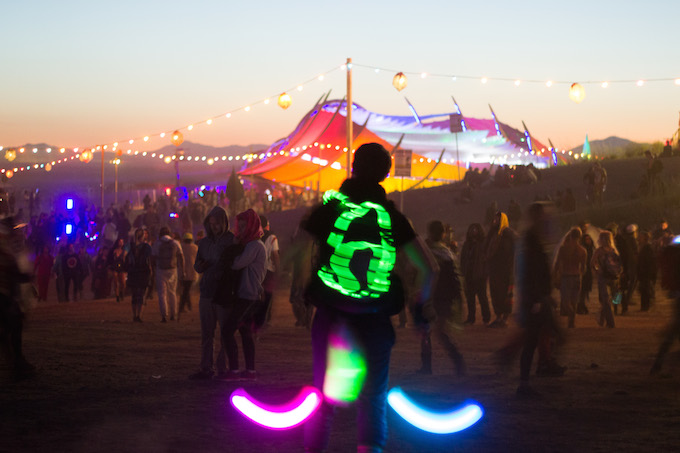 After spending the weekend at Lightning in a Bottle, it’s impossible to deny the power of this transformational festival for facilitating learning, cultivating creativity, and inspiring playfulness. What’s so transformational about this festival? Among its many gifts, it offers attendees a safe space to open up, explore, think, and dream. Sure, you can spend the weekend only seeing the headliners, but other offerings like classes on nutrition and food, talks on ritual, and avant garde performance art tempt you to step outside your comfort zone.

This year, the festival sold out for the first time ever, packing 20,000 people into campgrounds on the rugged, dusty terrain overlooking a dry lakebed. The weekend got off to a good start with infrastructure upgrades like a more compact layout and bridges across the dusty ravines that were the bane of most people’s fest experience last year. Easier transportation meant you could do more and see everything — goodbye FOMO.

If you walked across one of the new bridges this weekend, you were likely subject to an endless stream of high-fives from people crossing in the opposite direction. This somewhat of a departure from what it’s like to walk down the sidewalks of LA or San Francisco and this vibe is what brings a lot of people back year after year. The community feel encourages people to open up and relate to each other in ways we don’t normally get to. According to festival co-founder, Dream Rockwell, this was the intention from the start. She explains, “I think LIB brings you into these crazy little worlds and all this bizarre stuff is happening, so you can’t keep your walls up. Well, you could, but why would you?” 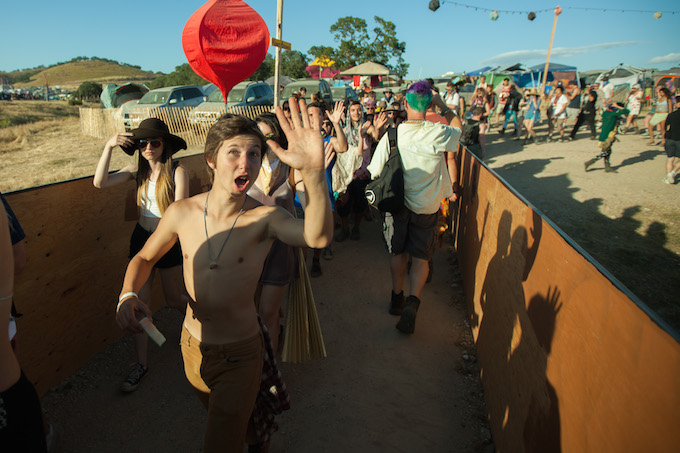 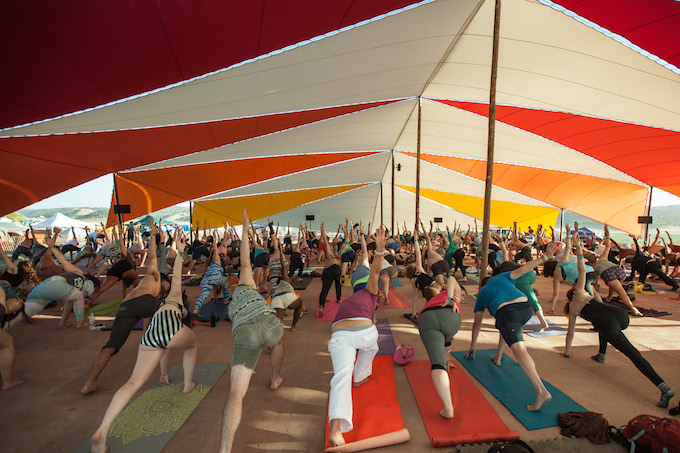 You can happily spend your time at the festival taking in the big art and irresistible thumping bass, but you’re invited to create along with everyone else, through costumes, dancing, impromptu jam sessions – you’re free to make your own fun. When people party in a participatory way, you’ll be surprised at what they come up with. Around sunrise on Saturday morning, two guys were standing on a bridge with handheld car buffers and a boombox playing funky jams. They had a small crowd dancing and taking turns getting buffed before turning in for the night. If someone ever offers to use a car buffer on you, do it. It’s the best massage you’ll ever get from a power tool.

Android Jones, a well-known digital artist in the community brought the MOVA gallery to the festival – a 60-foot dome filled with art and covered in digital projections of his work. He says that when people see things they’ve never seen before, it gives them “a permission slip to dream.” It delivers a message that seems to say, yes, it’s possible to create incredible works of art unlike anything anyone has ever made, and yes, you can do it too. LiB is as much a breeding ground for creativity as it is a stage for it. 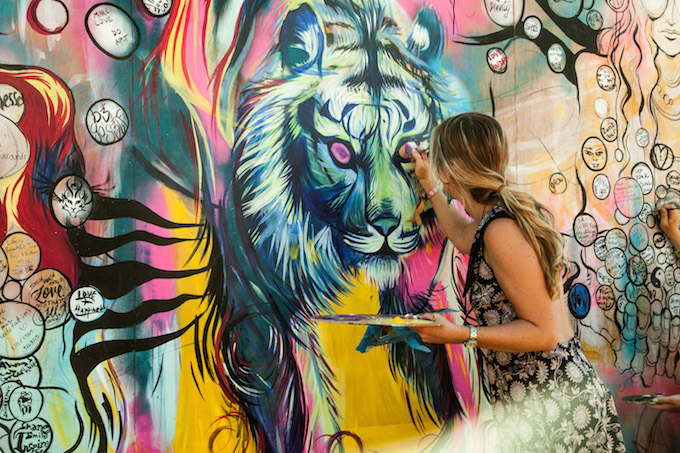 Despite having their laptops stolen just a short while before their LiB show, Tycho put together a set that had a huge, smiling crowd swaying peacefully. Griz’s funky, bass-heavy set had the newly-inaugurated Thunder stage packed. With barely enough room to move your arms, making friends with the people next to you was a necessity if you wanted to dance.

The main stages shut down at 2 am, but there were plenty of spaces to get weird after hours. At the Jive Joint stage, Super Tall Paul and Ross Steeves’ shows featured lots of audience participation. The WTF factor here was high – some of the highlights we saw were Sethward the lipless freak getting his first kiss and someone beatboxing into people’s mouths (“like a momma bird”).

For some attendees, their exploration involved psychedelics and other drugs. While the festival’s infrastructure includes medic tents, their role begins after something has already gone wrong. The volunteer-staffed Zendo Project and DanceSafe booths provide vitally important harm-reduction services to attendees who intend to use drugs. These organizations’ work is geared towards providing resources and information encouraging people to do it safely, rather than trying to talk them out of it. Lightning in a Bottle is a drug-free event, but the festival recognizes that some people will choose to ingest illegal substances. At a talk on Friday entitled “Psychedelic First Aid,” Zendo gave an overview of their mission and method. By creating a safe space staffed with trained counselors, their goal is to help those who are having a difficult psychedelic experience turn it into something positive – hopefully to go from “an emergency to an emergence.”

The result of all this is an experience that stays with you long after you’ve left. Whether it’s because of the lasting friendships you made or the memorable words from a conversation with a stranger. In a narrow sense, this is what transformation is. How that will manifest in our everyday lives and the rest of the world is really up to us. 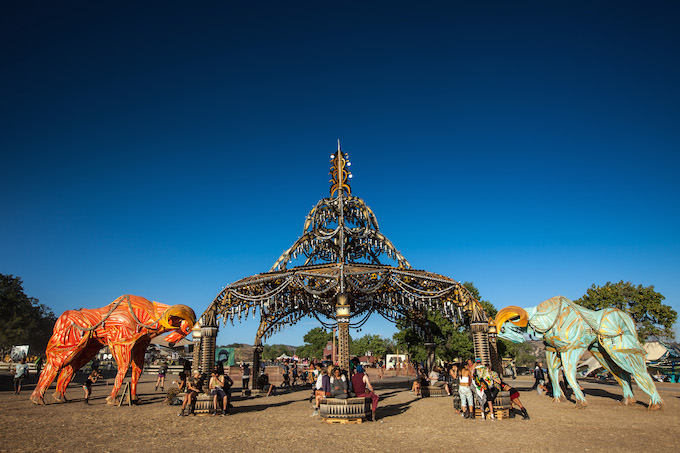 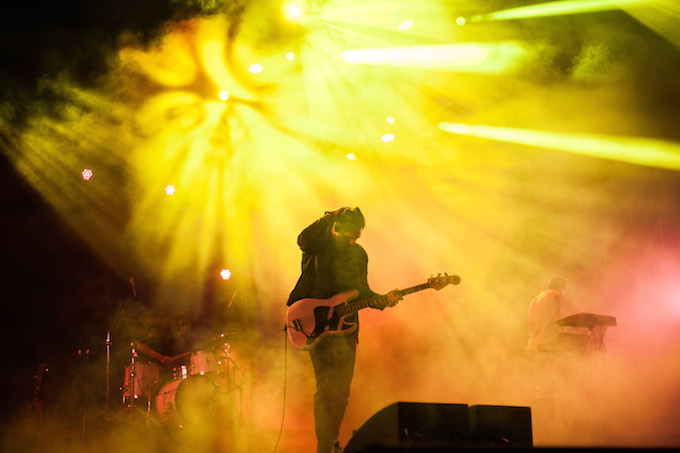 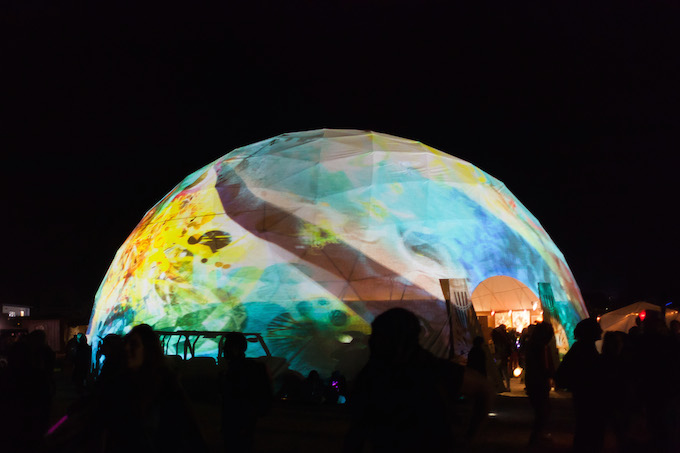 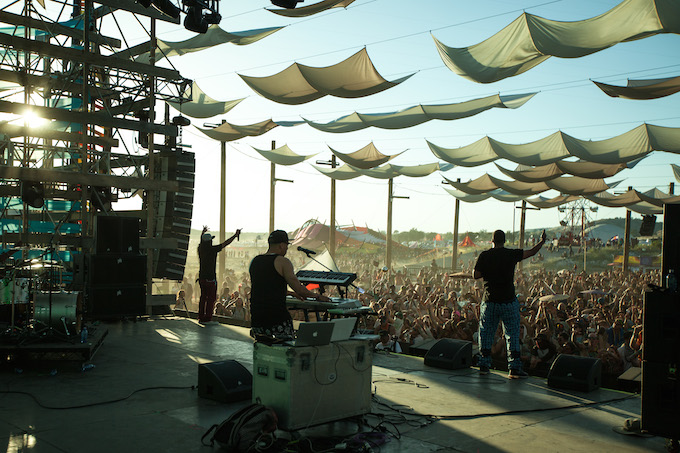 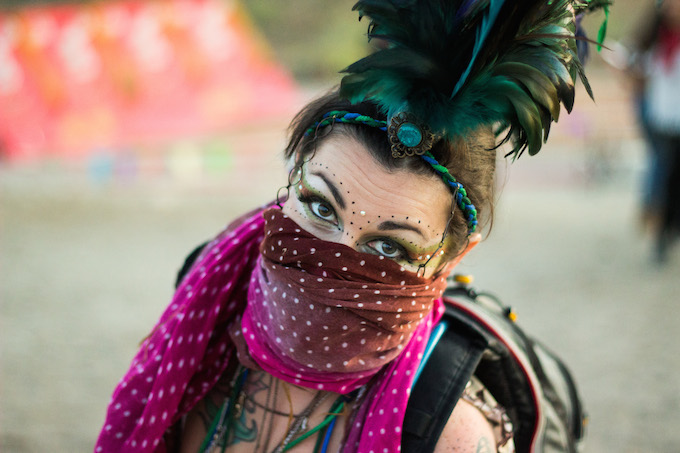 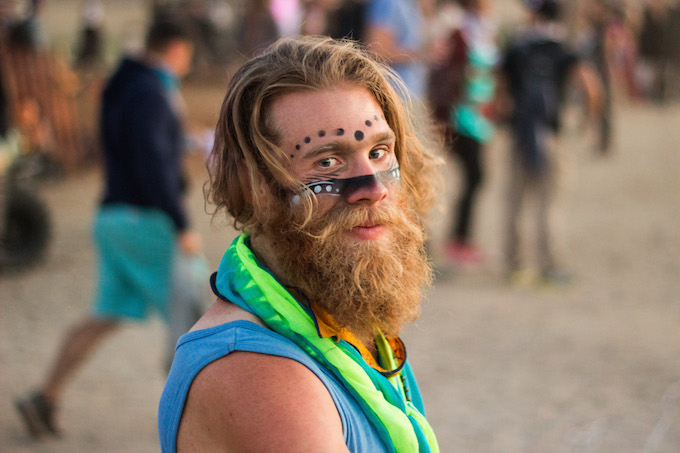