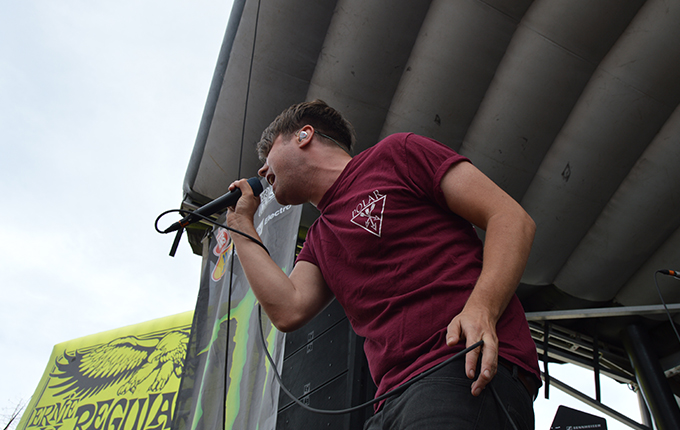 Our 2015 Vans Warped Tour coverage has come to an end, and the last band we spoke with needs no introduction. We’re wrapping things up with an exclusive interview with Ontario’s post hardcore torchbearers, Silverstein. 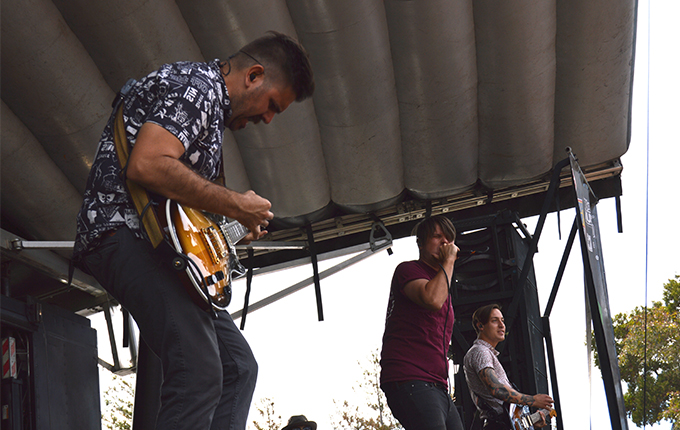 You guys are Warped Tour veterans! How does it feel to be back here?

Silverstein: This is our sixth year doing it. So many shows, I can’t even count that high (laughs). It’s an amazing experience and it’s great to be back doing it. So many friends on it this year and so many nice faces. We get to play our new music — It’s a great time!

Your latest album I am Alive in Everything I Touch, has received a lot of positive acclaim since its release in May. What sets this album apart from your previous ones?

Silverstein: I think it’s been a natural progression. Better production, better songs. We have taken what we’ve done in the past and kind of built upon it. Every time we make a record we learn something new, we try something new and I think that’s really representative of the new album. 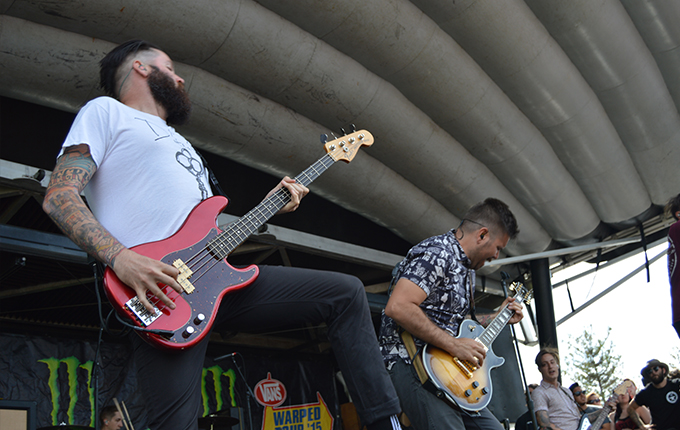 You have played shows and shared stages with pretty much every band in the genre. Which bands do you personally listen to?

Silverstein: It’s been really great to reconnect with a lot of the bands that we’ve toured with. It’s great to see some old friends that are still doing it as well as some bands that have kind of come up. A band that we’ve known for a really long time is Pierce the Veil. They’re one of the biggest bands on the main stages here and we’ve been touring with them for like ten years or something. You know, they were first on on a lot of our tours years ago, so it’s great to see good friends be successful and see bands still at it as well. We also just did a tour with a new band called Beartooth. It’s awesome to see them here. Our old friends Senses Fail, we’ve known them for over ten years… So it kind of goes back and forth.

After Warped Tour, you’re going back to Europe for a tour. Is the European audience different from the American? And if yes, how?

Silverstein: Germany in particular is an exceptional place, I think. They really don’t adhere to trends or anything like that. If they like it, they like it and for the reason they like it. The UK can be very like hit or miss. It has to be cool. Germans just enjoy good music that they like and they’re not ashamed about it and it’s really cool because I think it means better concerts, better attendance, more people celebrating good music and it’s just a really strong community. People have a lot of passion there. We have great fans there that say they saw us for the first time ten or twelve years ago and they stuck with us. In America it seems to go more in cycles. We obviously have come here for a long time and we have a lot of fans but every couple of years it seems like we need to try to get new fans on board to kind of keep it going but in Germany it seems like everyone just kind of sticks with it (laughs). 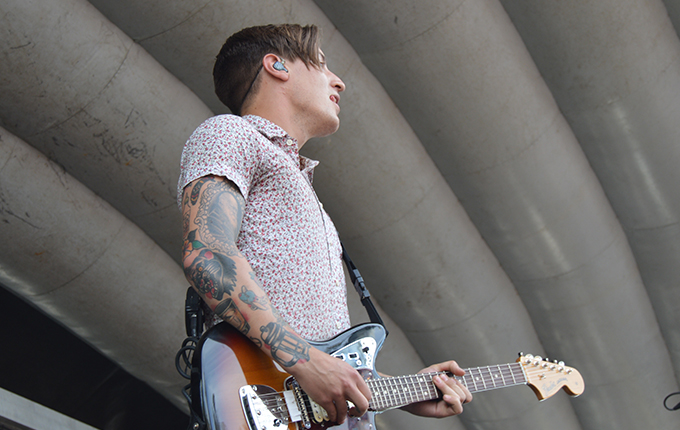 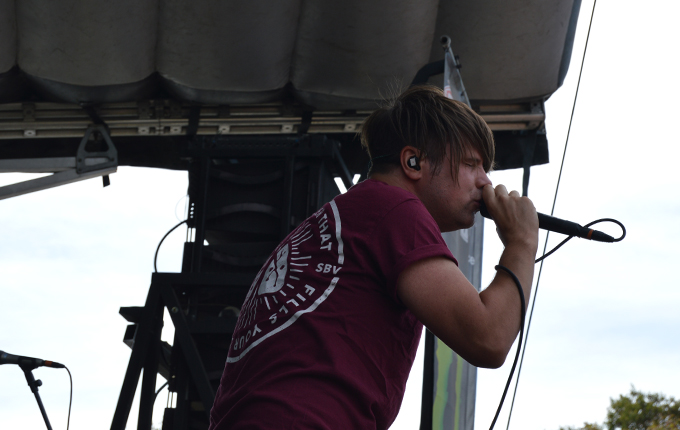 What would you tell our readers who have never gone to Warped Tour? What can they expect?

Silverstein: It’s a long, hot day! You can’t take it lightly. You have to prepare yourself. Get lots of water in you, stay hydrated, reapply sunscreen throughout the day… You don’t wanna collapse in the parking lot. It can be pretty overwhelming too. Every band that you like and every record label that you follow, every sponsor, brand, all the companies — It’s all there! It’s all in your face ALL DAY LONG and then you have thousands of other people around you.

So yeah, it can be really overwhelming. It pays off starting to plan your day months in advance to be like: “This is what I want to get out of it”, because it can be wild. Let alone the stuff that you are familiar with already that you’re excited about seeing, there’s so much opportunity for you to experience and discover new things so I think you gotta save some of your data and allow some new things in your life because it’s a great opportunity to discover.

Have you been involved in any of the workshops at Warped Tour this year?

Silverstein: Yeah, we’ve given a couple of seminars. One thing we also want to pass on is — We’ve had 15 years of experience and we obviously haven’t made all the right decisions but we learned from that over time, so it’s great that The Entertainment Institute is trying give some people that head start, a push in the right direction. Everyone involved with the TEI wishes they could’ve had that and they know they’re just really fortunate with their success. So we all want to give back and invite some inspiring musicians and business people on board for that. 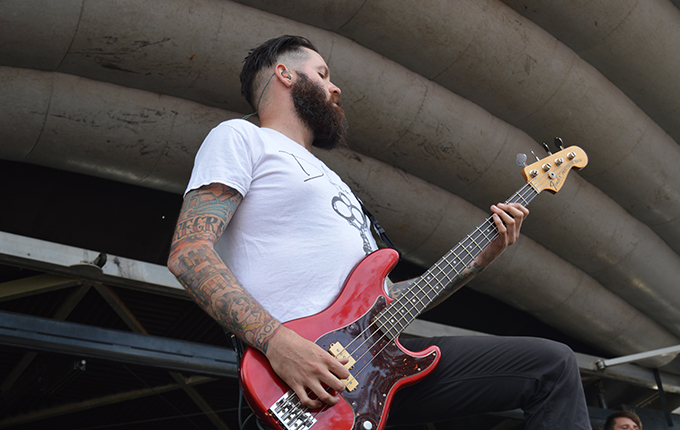 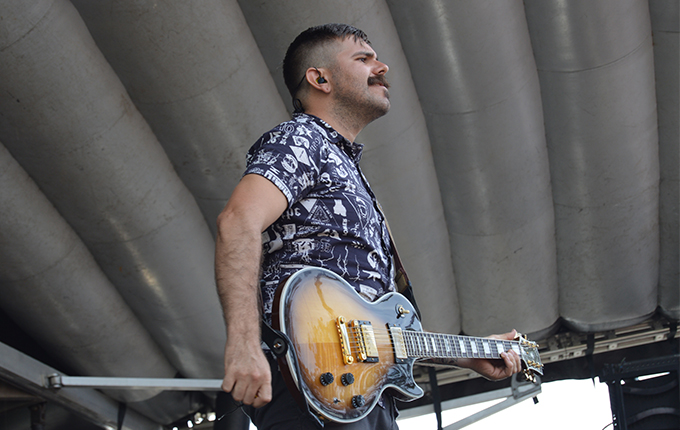 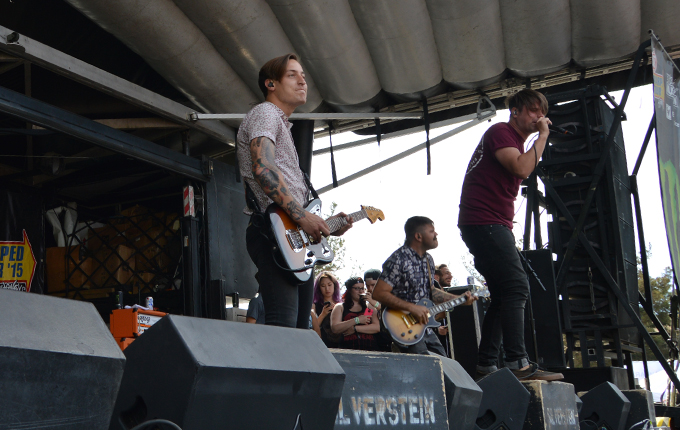