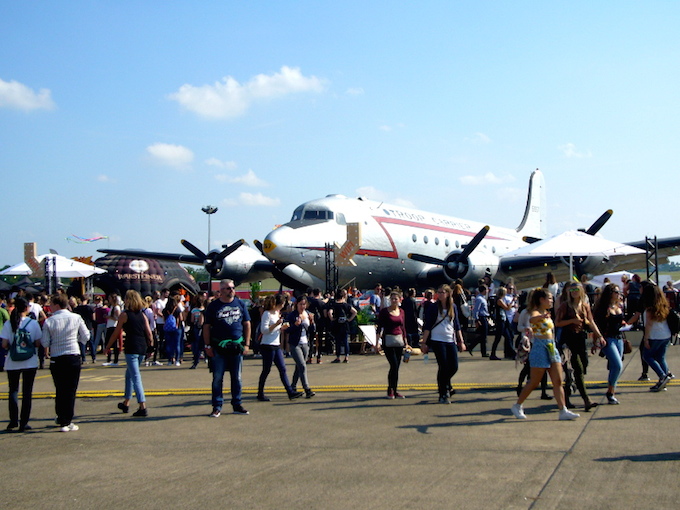 What a weekend! Lollapalooza Berlin finally made its premiere in the art-centric capital of Germany. It all went down at the abandoned airport Tempelhof, where there was enough space for the 65000+ visitors and four main stages with over 100 bands performing. With a line-up including Macklemore, Muse, Tame Impala, Fatboy Slim, The Libertines and many more, it was no surprise that the inaugural festival was sold out. 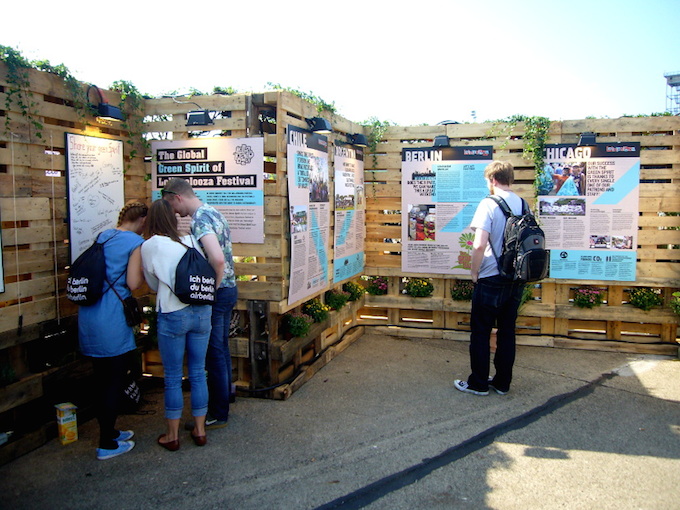 Not only did the festival offer amazing music and a great atmosphere, but there was also an undercurrent of sustainability and other social, political and ecological issues. In addition to the main stages, a kids fairground, a fun fair for adults, multiple art exhibitions and diverse food options (also mostly organic and vegetarian), the festival ground also offered a place called Der grüne Kiez, an area specifically for institutions and organizations promoting human rights, animal rights and environment protection amongst other causes. It is obvious that Lollapalooza founder Perry Farrell was interested in not just showing festival-goers a good time by presenting some of the biggest names in the music industry, but also by using the big scale festival spread awareness. By standing up for those without a voice and spreading the word about environment, Lolla Berlin ultimately gave back to the world in a very unexpected way. Being in a country that is incredibly engaged in the refugee crisis that Europe is currently facing at a time of uproar in politics in a lot of countries, Lollapalooza offered a great platform for people to get informed and involved. 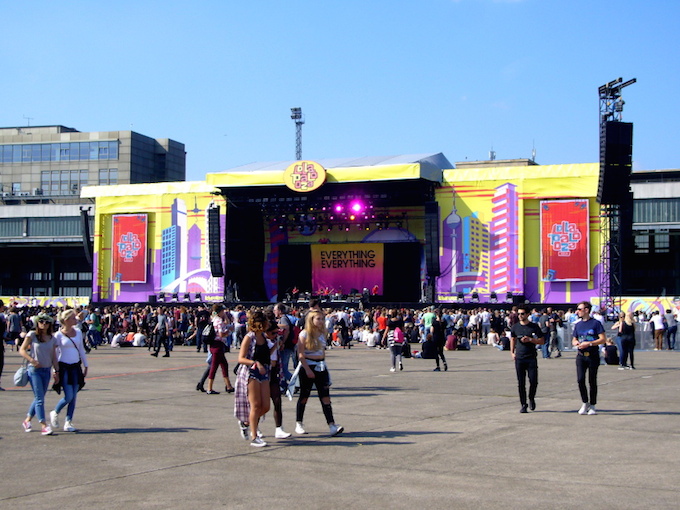 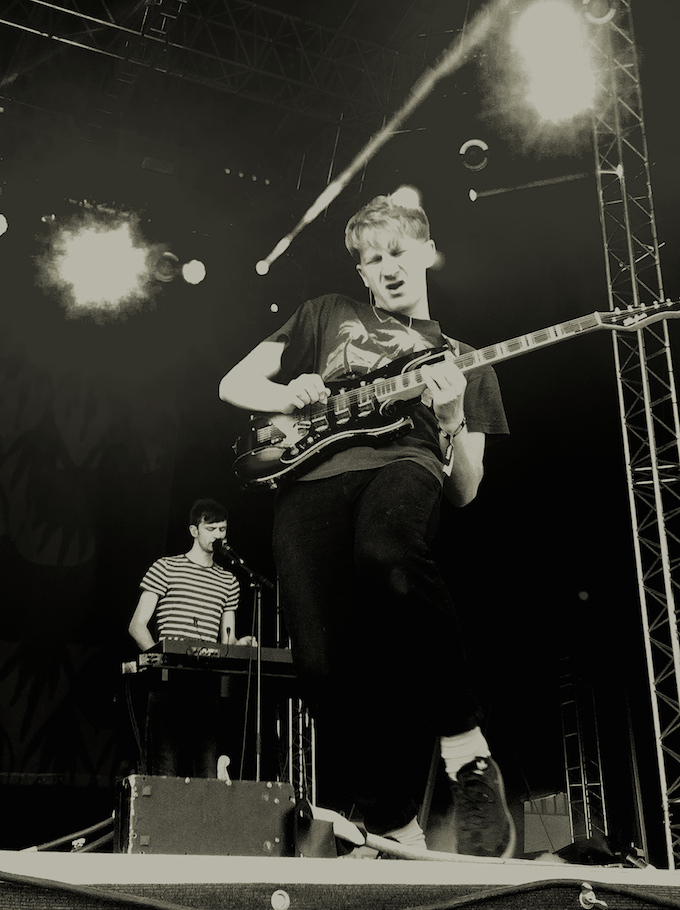 The festival started on Saturday, September 12, with the British band Glass Animals, who delivered an eccentric performance that got everyone in the right mood for the long day of dancing and singing along.

Glass Animals played the alternative stage and were followed by our all-time favorite duo MS MR from New York City. Lizzy Plapinger and Max Hershenow were obviously happy to be back in Berlin, putting on a high energy performance that included a lot of smiles and amazing free-style dancing on both ends. When I ran into them later, they told me that the crowd gave them a real energy boost. 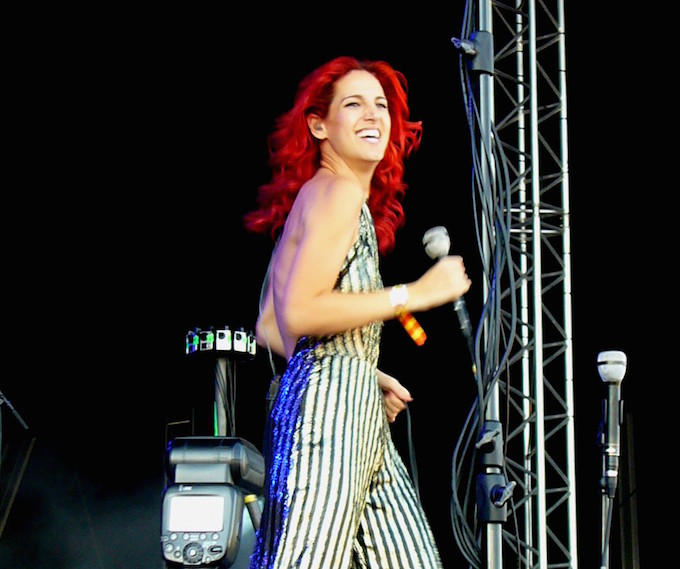 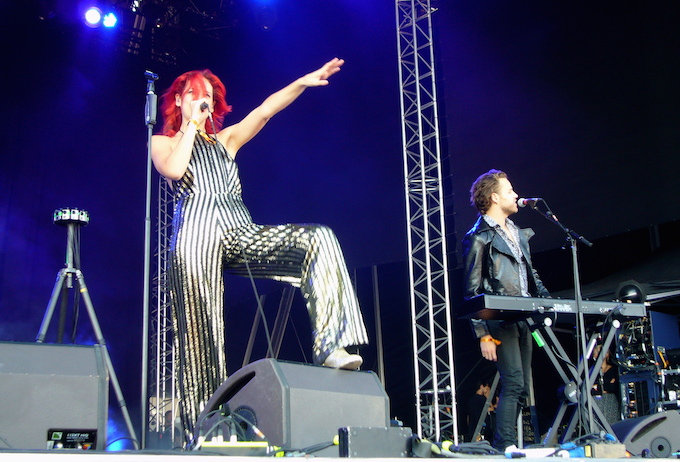 Next up were Hot Chip, playing some catchy electro sounds and proving that classic bands who have been around for a long time are pros at delivering all around great performances and entertaining audiences of all ages.

Heartthrob James Bay, who earned national fame opening for Taylor Swift on the Germany leg of her tour, had everyone singing along when he played his hit “Hold Back The River.” 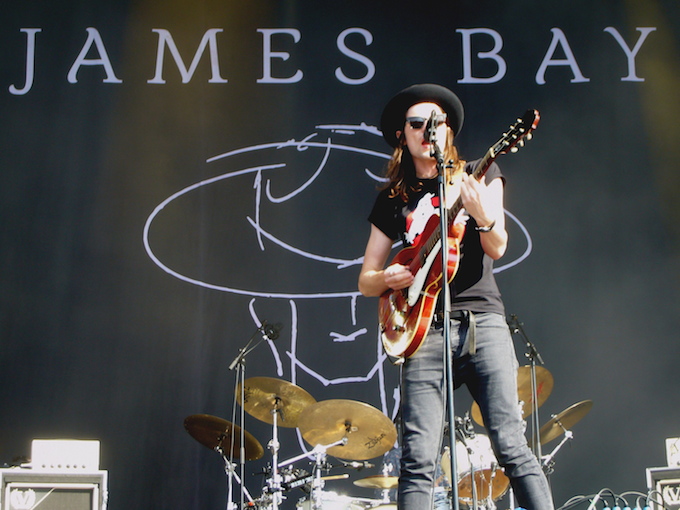 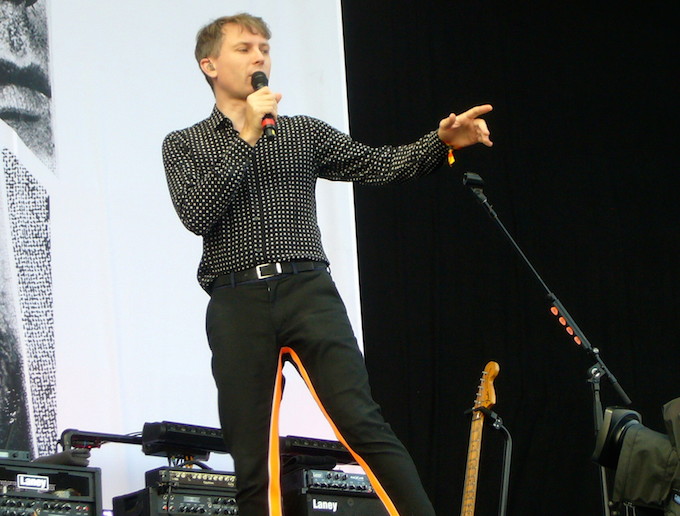 We were extremely excited to see FFS, the Franz Ferdinand and Sparks collaboration that began in the early 2000s. Not having heard anything new from both parties in a while, they are back with a unique sound combining Franz Ferdinand’s indie dance tunes with Sparks’ dramatic melodies. Of course they couldn’t leave the stage without playing some of their very own classic hits after presenting the joined tunes released on their self-titled album. 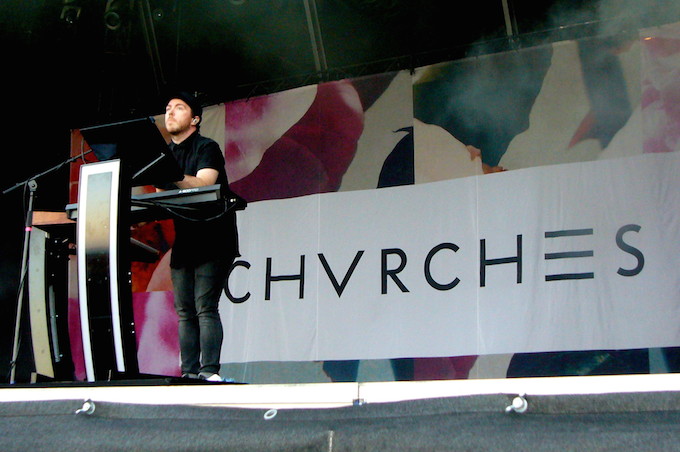 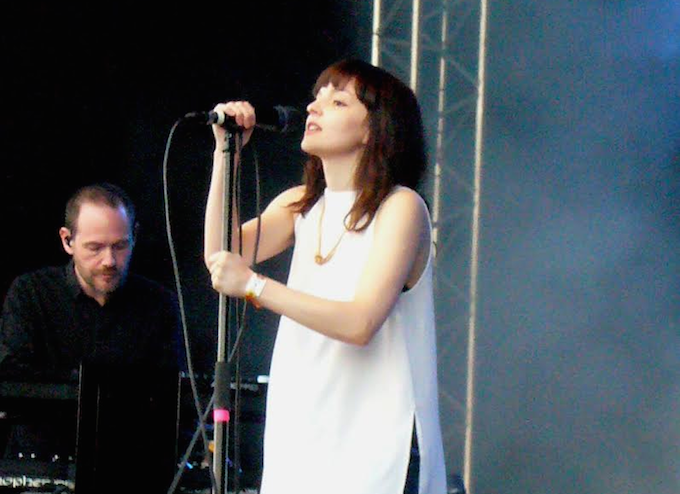 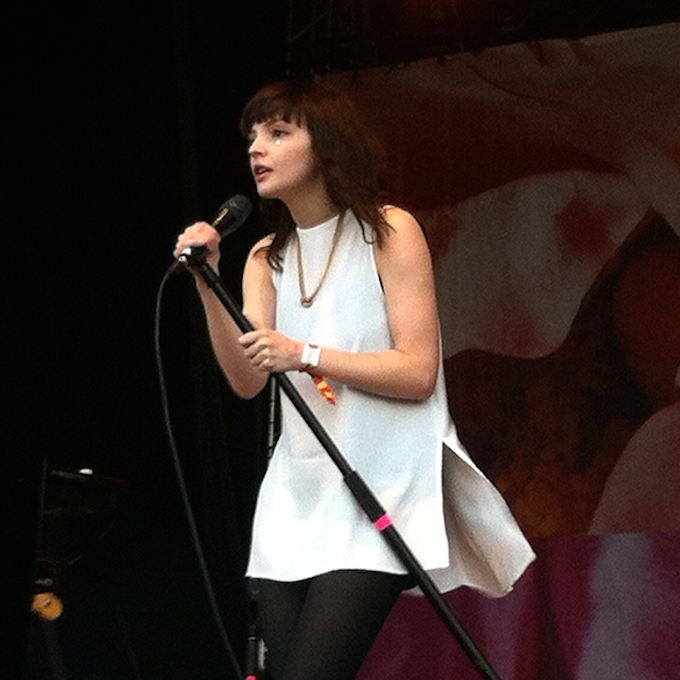 When Lauren Mayberry hits the stage you can’t help but to wonder if she is actually real. With a fairy-like voice and look, she put a spell on the crowd and had everyone hanging on her lips. CHVRCHES was one of the most talked about bands at Lollapalooza and continues to create a big hype for themselves all around the world.

Another collaboration we were extremely excited about seeing at Lollapalooza was Dog Blood. Joining German DJ and electronic genius Boys Noize was no other than all-time favorite dubstep hero Skrillex. Together the two of them are pretty much unstoppable. Not one single person in the audience was able to stand still once Dog Blood started playing. If the sun didn’t make you sweat on this perfect day, Dog Blood’s show definitely did. Talk about adrenaline rush. 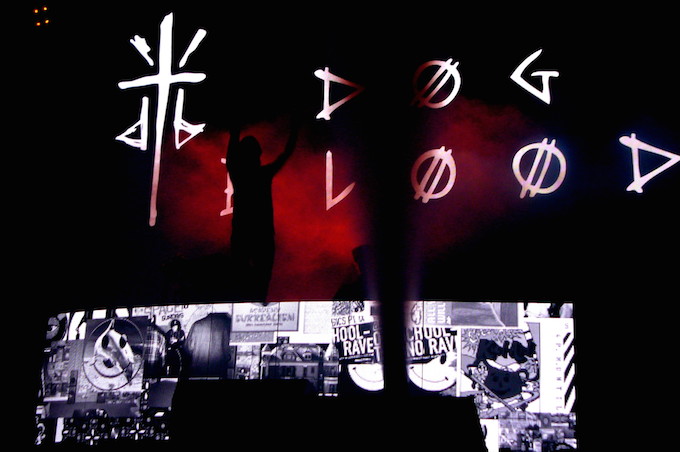 Ending the first festival day were no other than Macklemore & Ryan Lewis. Still being visibly emotional from having a daughter with his fiancée earlier this year, Macklemore delivered an extremely heart-felt and authentic show that showed a more grown up and serious side of him. Everyone went crazy when he played White Walls, Thrift Shop and of course Can’t Hold Us. What a perfect ending to this amazing day! 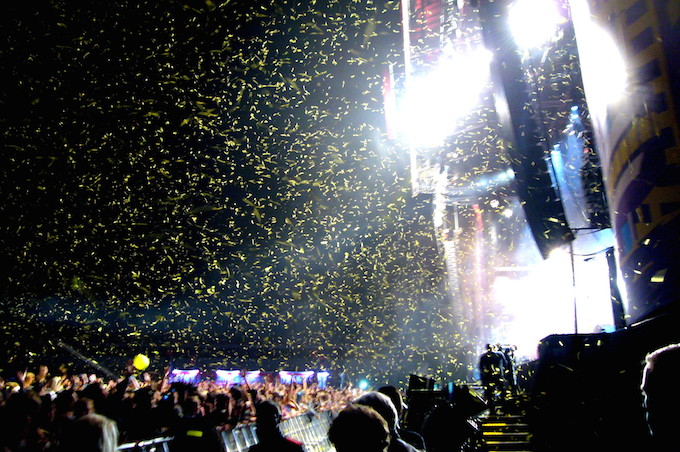 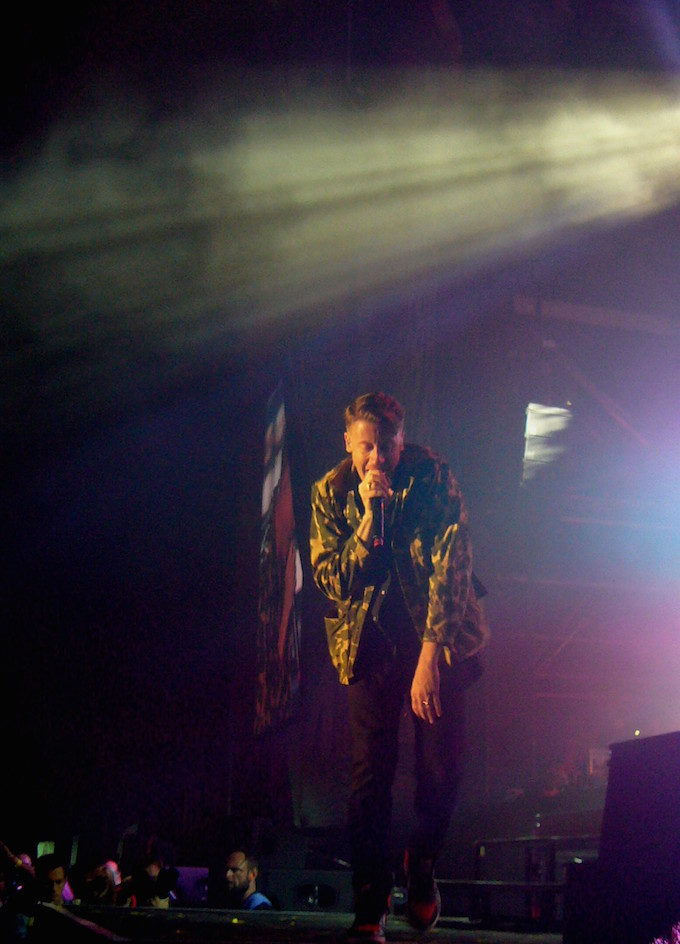