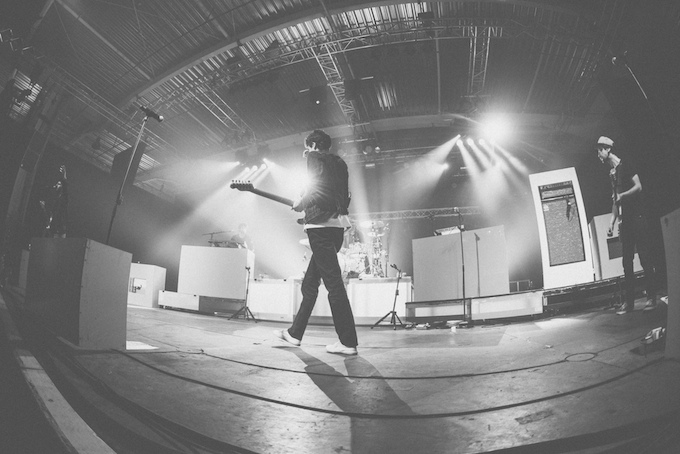 In France, they make more than just good wine and cheese. Here are our picks for the Top 5 French Artists currently making waves across the world.

Damien Saez is a singer, songwriter, musician and poet. This rebel singer shocks and disturbs with his poetic and acerbic criticism our current society. Saez makes his albums to the rhythm of his mood. Mixing French and English songs, he uses lyrics inspired by love, politics, sexuality or global tragedies such as September 11.

Nolwenn Leroy became known for her performance on season two of Star Academy in 2002. She won the competition and released her first album, Nolwenn, in 2003, led by the hit “Cassé”. But her greatest success arrived in 2010, with her fourth album, Bretonne, on which she returned to her roots with covers of traditional Celtic songs. Though the music was more niche than Leroy’s previous pop effort, the record which went on earn massive commercial attention.

Kendji Girac is a singer with gypsy roots. He won season three of the French version of The Voice in 2014. His first single quickly became a success with his track “Color Gitano”, with a performance in in French and Spanish. Proud of his origins, his album is colored with flamenco rhythms. In February 2015, he performed a special version of “One Last Time” with Ariana Grande during her Live Zenith Tour.

4 // CHRISTINE AND THE QUEENS

Héloïse Letissier is a singer/songwriter and pianist who fronts Christine and The Queens. She first found success in 2014, with the release of her debut album Chaleur Humaine, which was acclaimed by the public and critics. On stage she inspires dance steps from Michael Jackson and David Bowie, also adopting an androgynous look in a man’s suit. A champion of LGBT rights, she defines herself as pan-sexual, not limited in sexual choice with regard to biological sex, gender, or gender identity. Along with her band Christine and The Queens, Letissier is one of the more mysterious artists on this list, drawing inspiration from the complexity of the human race.

BB Brunes is a part of the New French rock scene. The band’s four members, Adrien Gallo (lead vocalist, and songwriter), Karim Réveillé (drummer), Félix Hemmen (lead guitarist) and Bérald Crambes (Bassist), are childhood friends, who first started playing music together in a band called Hangover. The name BB Brunes is inspired by the song “Initials BB,” by the late French singer Serge Gainsbourg, and by the Boulevard Brune in Paris, where they used to rehearse. Its music is influenced by punk and rock artists such as The Strokes, The Clash, David Bowie, Pete Doherty, Serge Gainsbourg and also Jacques Dutronc.