Winter is coming. Yes John Snow, you’ve rehearsed it enough — we know, but that doesn’t mean it’s necessary to enter into hibernation. We eventseekers have prepared for you a list of the best November festivals in the world. So drop your coats and warm up at these events. 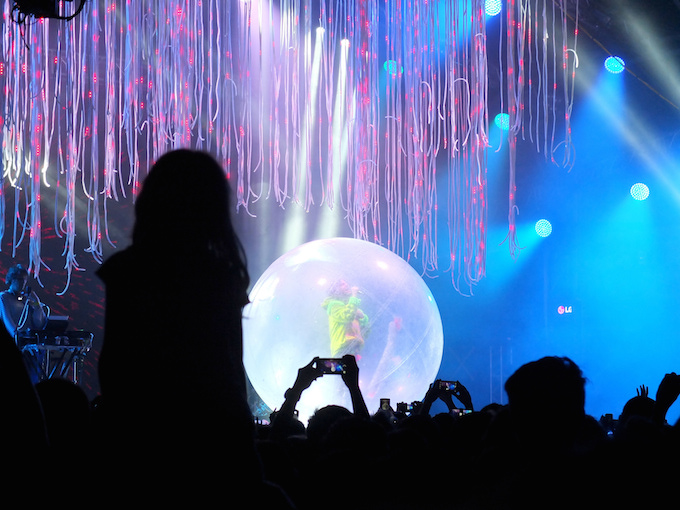 1 // Dia de los Muertos // Oaxaca, Mexico
Dates: November 1st – 2nd, 2015
Details: Day of the Dead is a time-honored and meaningful holiday all over Mexico. A time to remember and pay respects to friends and family who have died, the two-day event is much more than your typical modern festival. It is a beautiful affair, with festive food, prayer, dance, face painting, songs and costumes. Traditional skulls, candies, flowers are placed everywhere, as a dedication to the deceased. These two days are a reminder that losing a loved one isn’t a end, so prayers and gifts are offered to help their spiritual journey in the afterlife. November 1st, Dia de los Angelitios (Day of the Little Angels), is dedicated to children and infants while the 2nd is for the adults. This deep-rooted tradition is important in Mexico but is also celebrated in the United States and other countries influenced by the Mexican culture.

3 // Iceland Airwaves // Reykjavik, Iceland
Dates: November 4th – 8th, 2015
Details: Iceland Airwaves is an annual music festival located in Reykjavik. During five days, audiences will be introduced to some talented local music from the land of fire and ice. Founded in 1999, this new edition will held in different small venues in Reykjavik, such as The Nordic House, Hafnarhus, the Art Museum and the Free Church, Frikirkjan.

5 // Hard Rock Hell 2015 // Camp HRH, North Wales
Dates: November 12th-15th, 2015
Details: Welcome to the noisiest three-day music festival to be held in a holiday camp. Hard Rock Hell is an important event for all the fans of heavy metal, hard/heavy rock, and rock. The first edition was created in 2007 under the name of The Winter Ball, followed by The Dragons Ball and The Vikings Ball. This year’s festival, themed House of Horrors!, features headliners like Black Label Society, Saxon, Helloween, and UFO.

6 // San Francisco International Automobile Show // San Francisco, California
Dates: From November, 21 to 29, 2015
Details: At this fest, there are no bands. Instead, this one features the world’s major manufacturers and nearly 800 vehicles with various model cars, SUVs, trucks and vans. The International Automobile Show is an event for both car and technology lovers. The special attraction this year is a hands-on affair — attendees will be able to test drive cars such as, Mazda, Mercedes-Benz, Smart and Toyota. The auto show will also feature Ferrari Club of America, Aston Martin Club, The Academy of Art University Classic Car Collection and the Auto Accessory Fair and Racing Simulators.

7 // Synergy Live // Western Cape, South Africa
Dates: November 27th-29th, 2015
Details: Held for three full days in Cape Town, the outdoor festival welcomes local bands, international artists, DJ’s and comedians. This year the line up features Flux Pavilion, Al Bairre, J.Phlip, Rocky, and Protonica. The festival combines various electronic genres such as, psy-trance, electronic, and trance dance. Held in the most relaxing venue for an event in November, Theewaterskloof Dam, Synergy Live is a festival where you can soak up the sun and music.

8 // Clockenflap // Hong Kong, China
Dates: November 27th-29th, 2015
Details: Located in Hong Kong, Clockenflap is an annual music and arts festival at the forefront of the Chinese indie and alternative music scenes. It combines international, regional, and local live music, but also performing and visual arts, attractions and creations. Founded in 2008, the event was a huge success in 2014, with over 45,000 people in attendance. Now on its 8th edition, the fest will feature a home run lineup for The Libertines, Damien Rice, New Order, Hocc, Love and Psychedelico and Chic feat Nile Rodgers, and many more.

10 // Stereosonic // Sydney, Australia
Dates: From November 29th -30th, to December 5th -7th, 2015
Details: This annual music festival takes place in Sydney, Perth, Adelaide, Melbourne and Brisbane in November and early December. Five different venues for five full days of concerts, combining electronic and dance culture music. The tour has grown since its conception in 2007, and its became a successful venture attracting more than 50 international artists and over 300 local emerging Australian bands. The headliners for this ninth edition, are MK, Diplo, Major Lazer, Clean Bandit and Galantis. They will perform on the stages of the Australia’s fastest growing music festival. It won since its creation many awards such as in 2014 and 2013, the Best Major Festival.