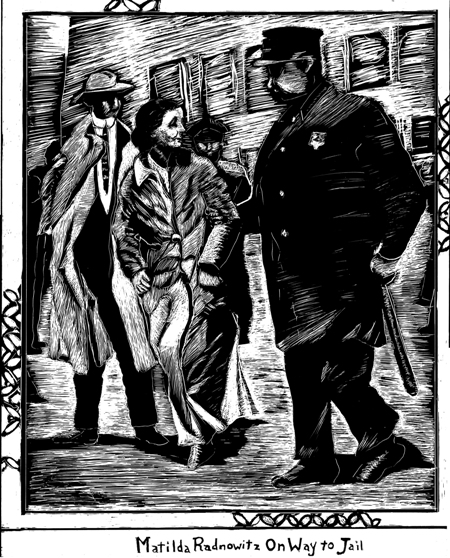 The new exhibit at the Contemporary Jewish Museum takes its name from a passage in Deuteronomy (16:20). The passage says “Justice, and only justice, you shall pursue, that you may live and possess the land which the Lord your God is giving you.” However, in the original Hebrew text, the exhortation is closer to “chase”, which in turn inspired the exhibit’s title, Chasing Justice. Each of the three artists featured in the exhibit strive to capture this ideal of justice, though they do so in different forms and with different — and beautiful — results. 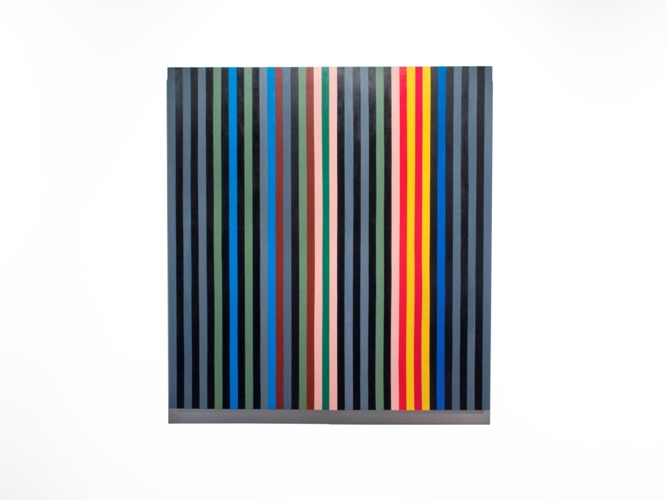 Johanna Barron was first introduced to the CIA’s private collection of artwork through a photograph of the CIA’s hallways. The photo, and the artwork that it showed, led Johanna to wonder how that work had come to be there. “What began as curiosity led to a long and frustrating process to try to figure out what was going on with these paintings,” Barron noted while discussing her work.

What Barron discovered, upon calling and writing to the CIA, was that the United States’ intelligence agency didn’t particularly feel like talking about the collection. In fact, they downright refused to answer her questions. At one point in her quest for answers, she even had to start using her sister’s name, as the CIA had cut her off from any further requests for information, despite her invocation of the Freedom of Information Act. The information she did receive was heavily redacted. 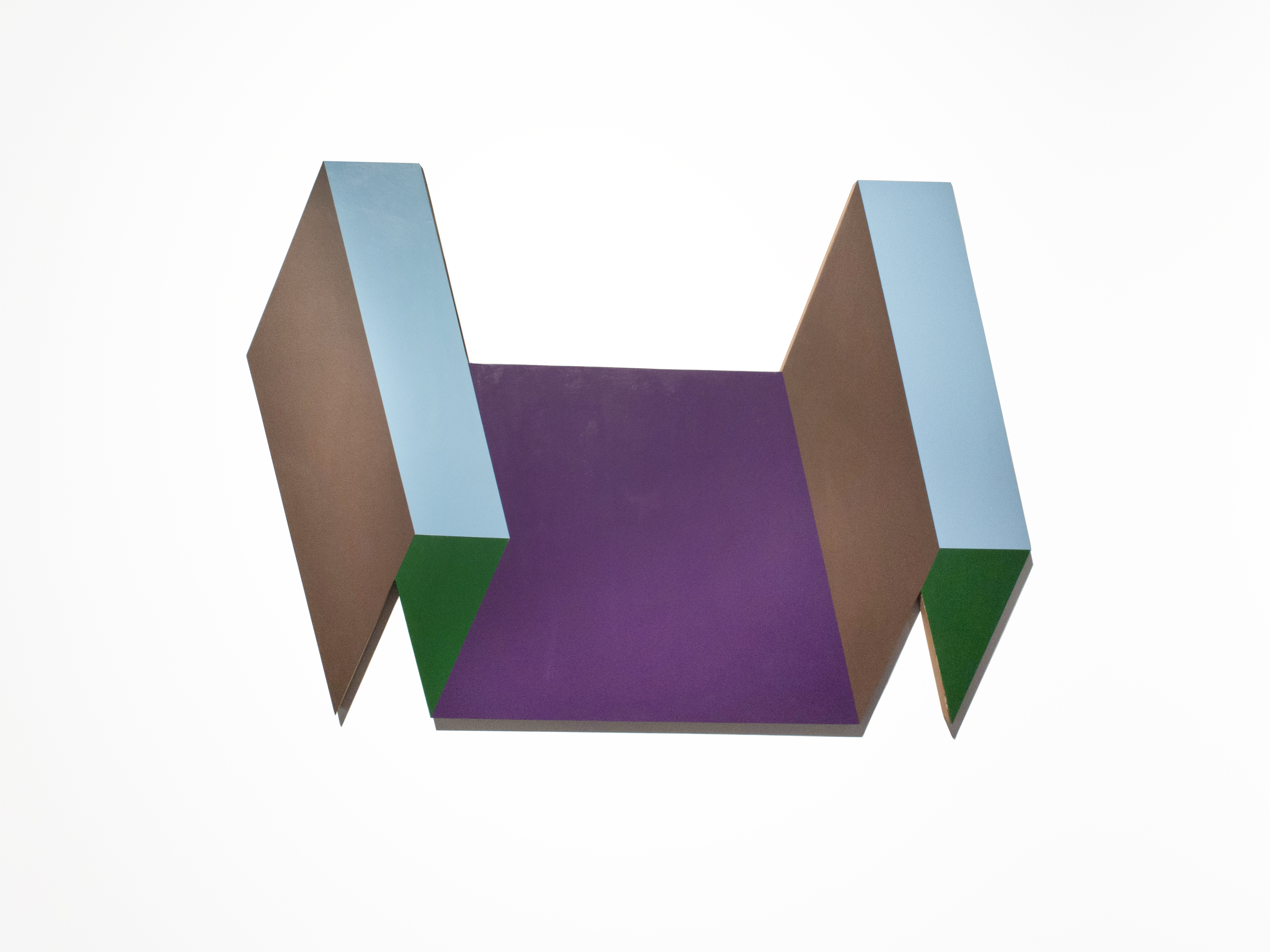 It was at this time that Barron began doing her own outside research. She learned that the paintings shown in the photograph of the CIA were loaned to the organization by one Vincent Melzac, a Republican businessman who acted as CFO for the Corcoran Museum for a brief period of time during the 1970s. His position was quickly terminated after Melzac got into a fistfight with the Art Director of the museum while attending a black tie event. Upon receiving redacted scripts of Melzac’s communications with the CIA about the paintings and then being cut off from further requests, Barron began to recreate her own versions of the paintings based on photographs and catalog images as a form of counter-surveillance. She has crafted the paintings so that they are three-fourths the size of the originals, and some are shown in a pixilated format, thanks to the low quality of the photos that Barron worked with. She said that, to her, the art feels imprisoned in the CIA headquarters, and that this exhibit is her attempt to free it. 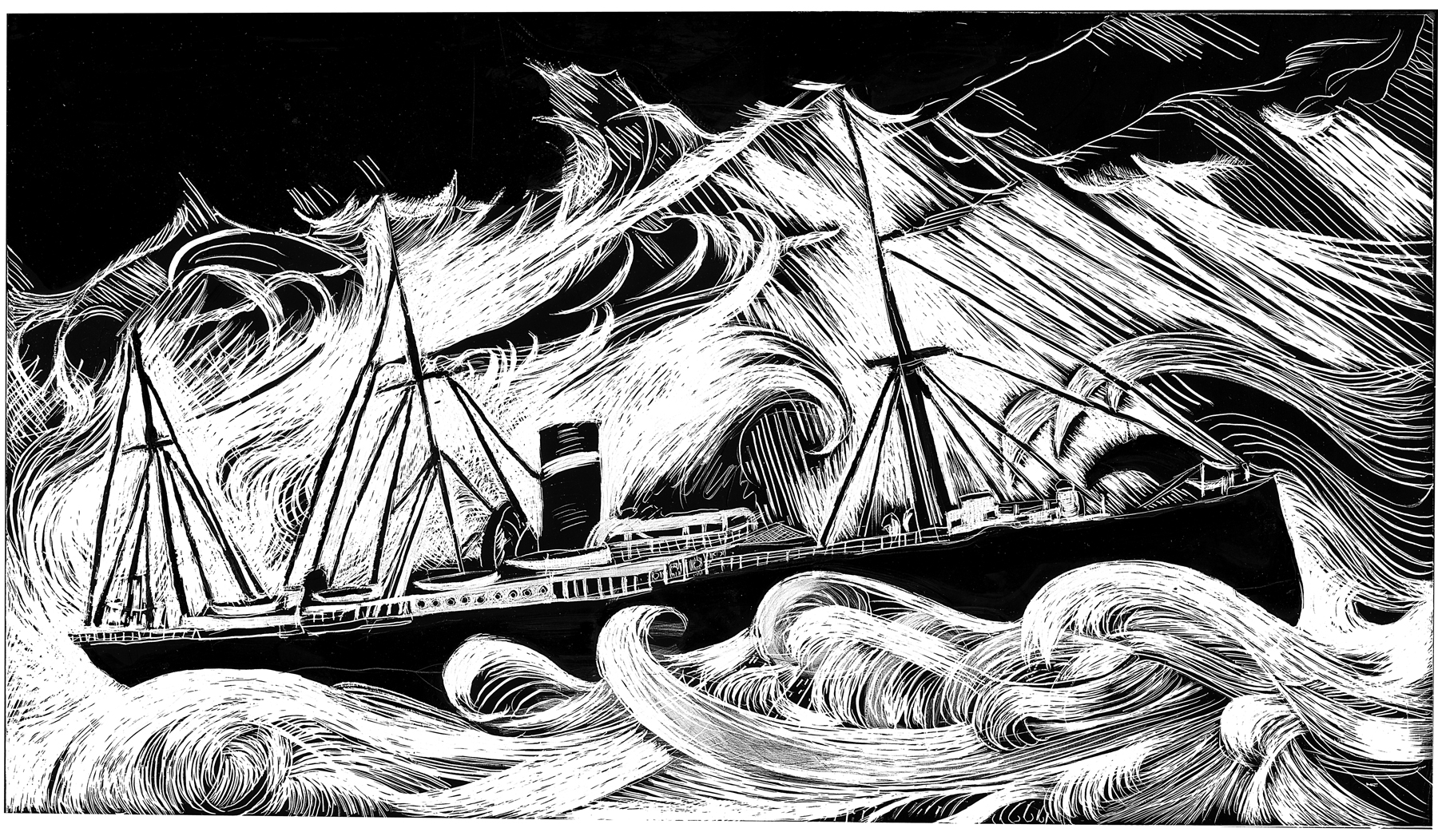 The work of all three artists is housed in one large room of the museum. Robbin Légère Henderson’s work lines the left wall of the space. Her own pursuit of justice led her to her grandmother’s memoir, a document that was left to the artist and her siblings upon her grandmother, Matilda Robbins, death. “She had a real sense of injustice, and a desire to correct that injustice,” Henderson said in a discussion of her work at the museum on Tuesday November 17, 2015.

Matilda Gertrude Robbins left the Russian Ukraine for the United States in 1900. By the age of 14, she had worked in her fair share of the sweatshops that were strewn throughout New York City at the turn of the century. Her time in those cramped and inhumane places inspired Matilda to become an organizer for the Industrial Workers of the World (IWW), the United States’ most radical labor union, where she worked to end the injustices inflicted upon the working class. 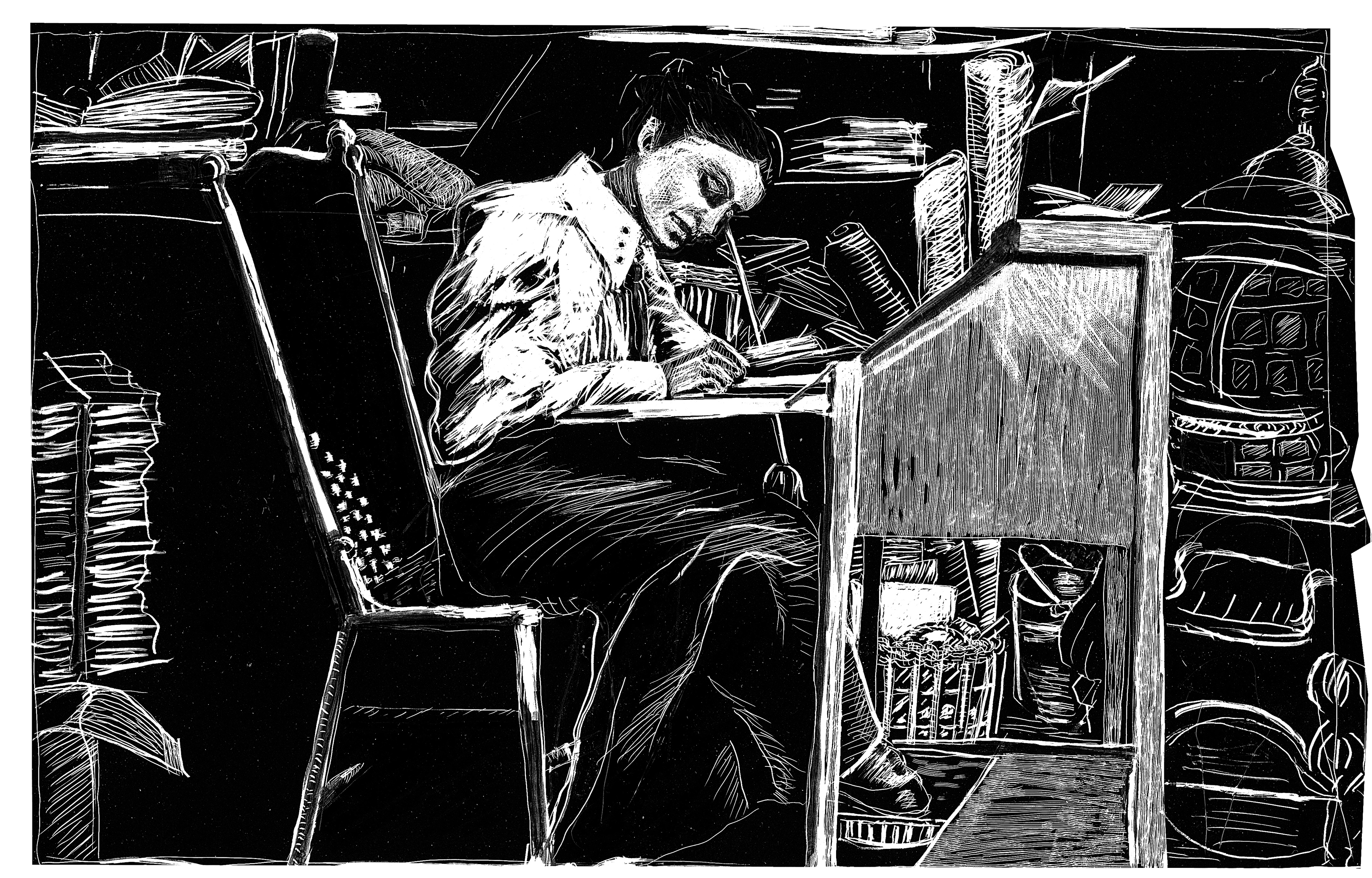 Standing four feet, eleven inches tall, it may be hard to imagine such a slight woman drawing crowds with her orations on workers rights, or being arrested for her passionate fight against injustice. This is where Henderson’s “graphic memoir” comes in. Her 55 drawings depict important and cherished moments in her grandmother’s life, though only some of those drawings are on display at the museum. Henderson has selected her pieces based on places and moments in Matilda’s life that her grandmother wrote about. Her Market Day collection shows different images of Matilda’s life back in the Russian Ukraine, while Soapbox Detroit includes drawings of her grandmother standing on a soapbox before a hushed crowd, as well as her subsequent arrest. These drawings are primarily based off of family photos and newspaper clippings that Henderson collected, some of which can be viewed as part of the exhibit. 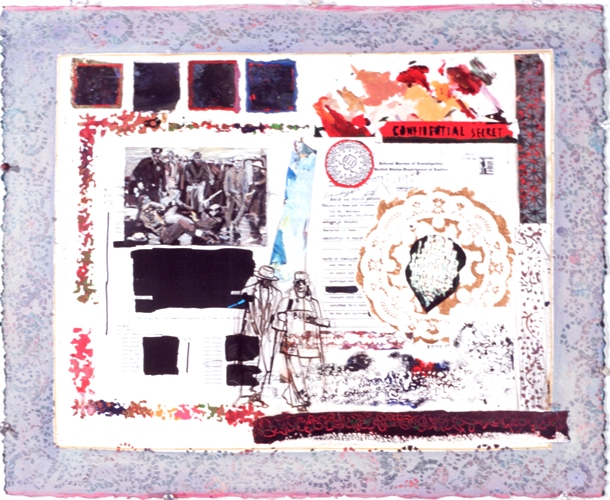 Arnold Mesches has been an activist for most of his life. His quest for justice placed him on one of the FBI’s lists of people to watch back in the 1940s, and a file was opened to track his activities. The FBI suspected Mesches of being a subversive communist, and filled up almost 700 pages with notes about Mesches’ life.

Using the Freedom of Information Act (FOIA), Mesches was able to obtain his FBI file, albeit a heavily redacted one. His hope was to better understand this violation of his privacy, and to learn more about how the FBI viewed him. However, when he received the file, he was instead inspired to create the pieces that are now part of his exhibit, The FBI Files. 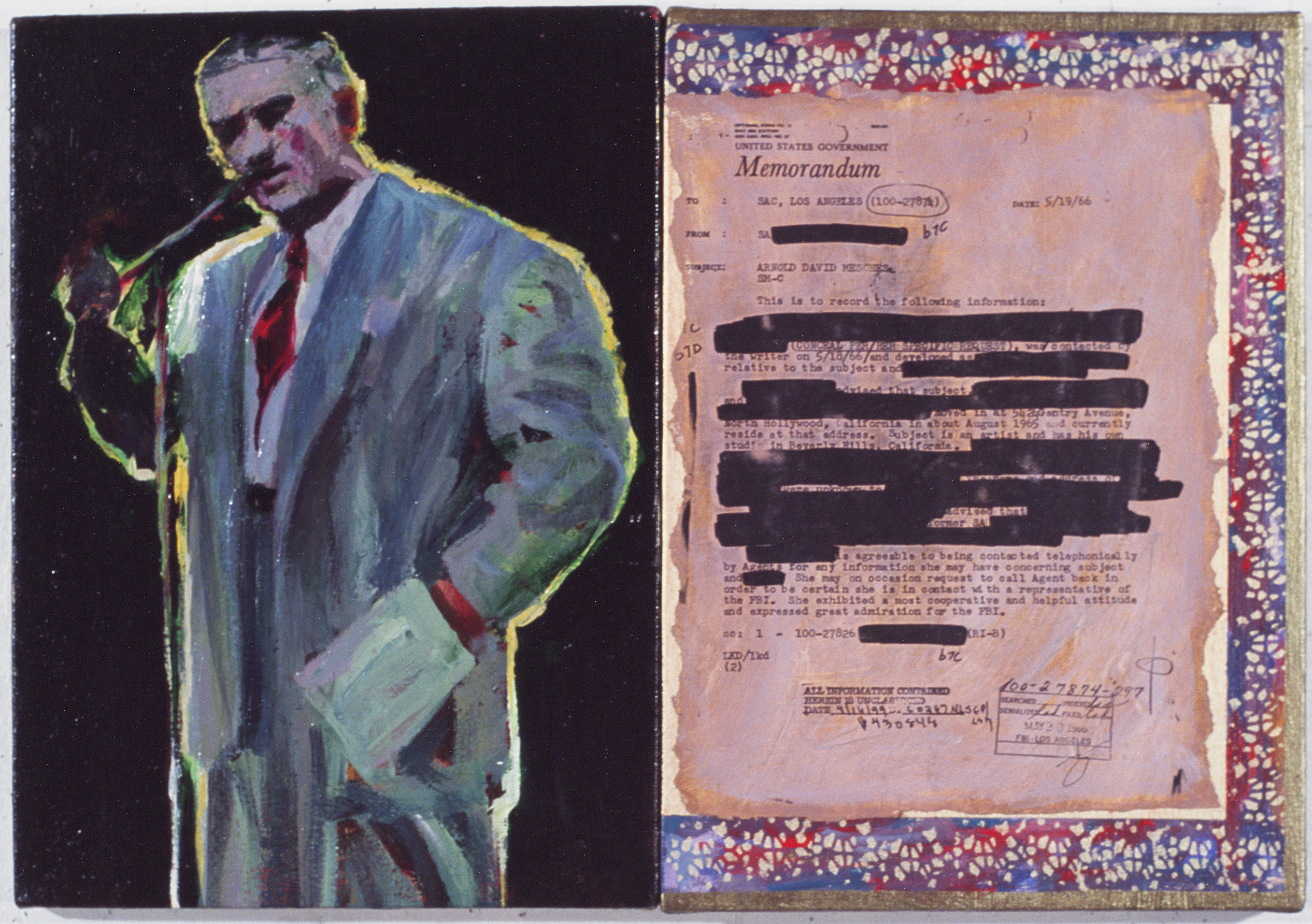 To create his pieces, Mesches used pages from his FBI file in combination with images from pop culture, paintings, and drawings to create work that is part autobiography, and part commentary on many of society’s biggest issues.

As a continuation of the themes of Chasing Justice, a smaller exhibit called X Is For… has been set up in a section of the gallery. The collection was created by interns involved in the Teen Art Connect (TAC) program at the museum, and this exhibit marks the first time that works by the TAC interns is being shown alongside an exhibition in the gallery. These interns worked with artists Kate Schatz and Miriam Klein Stahl to produce papercuts of the unsung heroes of their communities. The subjects of the papercuts include activists and people who have affected the intern’s lives. Each papercut is accompanied by a short biography of the subject.