Winter came with its baggage — rain, snow, strong cold winds and also some gifts. Indeed, Christmas is coming and straight from Santa Clause’s eventseeker bag, here are the best December festivals in the world. Throw some of these on your Christmas wish list. Happy holidays to all you eventseekers! 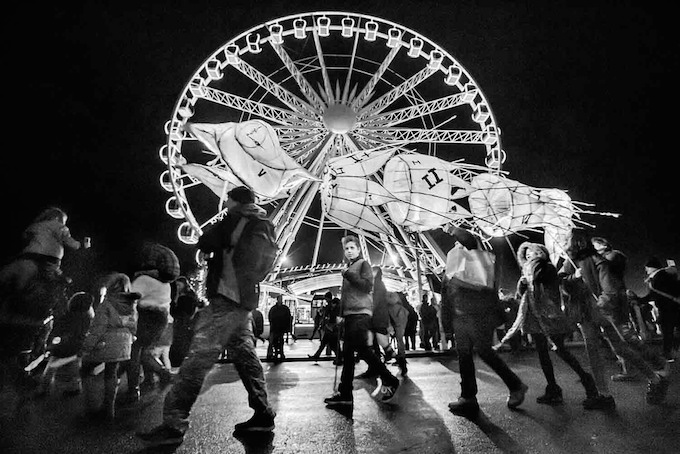 2 // Burning the Clocks // Brighton, England
Dates : December 21, 2015
Details : If you are looking for something unique and intense, Burning the Clocks is made for you. Marking the winter solstice, it’s a magical procession of brightly lit lanterns and art located in the city of Brighton, UK. The gathering was created in 1994 and it invites people to get involved by creating their own lanterns. The event is a kind of little sister of the iconic Burning Man festival, in the Nevada desert. The participants of the parade burn lanterns on the beach for safety reasons. Burning the Clocks carries the hopes and dreams for the new year, and allows participants to say goodbye to the past year.

3 // Junkanoo Parade // Nassau, Bahamas
Dates : December 26, 2015
Details : It’s a colorful, cultural and musical carnival held in Nassau, Bahamas. Junkanoo is an amazing celebration of life and freedom, dating back to the 17th century and celebrated each year. For Bahamians it’s a important parade honoring their heritage as a testimony for their ancestors slaves. It’s a familial event for all ages. The parade is organized and judged in three main categories: Best Music, Best Costume and Best Overall Group Presentation.

4 // Contact 2015 // Vancouver, British Columbia
Dates : December 26 – 27, 2015
Details : Contact 2015 is the largest indoor electronic music festival in Western Canada. The two-day event takes place on the two stages at the British Columbia Place Stadium. For its fourth edition, it will be headlined by some of the world’s most coveted dance music DJ’s and producers, such as Above & Beyond, Hardwell, Steve Angello, Andrew Rayel, the Grammy-nominated hit maker DJ Snake and many more artists.

5 // Sunburn Festival // Goa, India
Dates : December 27 – 30, 2015
Details : If you are planning to go to a festival in December, Sunburn is a must-see-event. During four days, the festival combines electronic dance music, food, shopping and entertainment. The 8th edition, held in a gorgeous beach venue, features the biggest international artists, such as Dimitri Vegas & Like Mike, Martin Garrix, Felix Jaehn, David Guetta, and many more artists across five monolithic arenas.