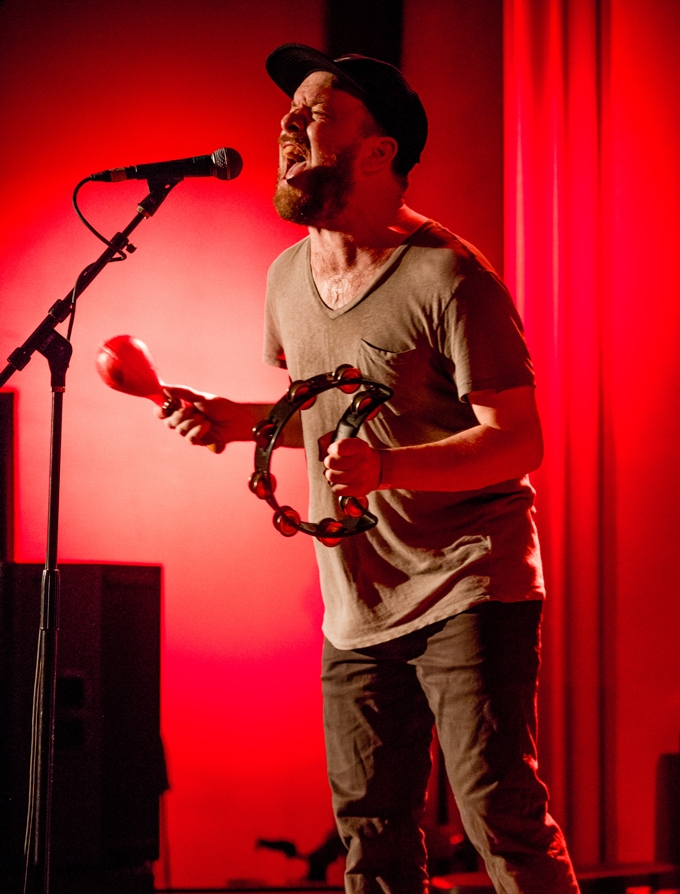 The Chapel was all aglow on the night of Friday February 26th, as a series of energetic artists took the stage for Noise Pop. Jacob Golden, Foxtails Brigade, Current Swell, and Cave Singers all put on great shows that got the crowd grooving with their indie beats and powerful vocals.

Hailing from nearby Sacramento, CA, Jacob Golden took the stage solo and got the evening going with a series of hypnotizing folk songs. The indie singer/songwriter certainly has a way with words. His rich and darkly poetic lyrics paired well with guitar riffs that boast a psychedelic touch. Golden has just released his third album, The Invisible Record, which he recorded in a Portland basement. During his set, he sang one melodic tune after another, including “Wild Faye”, a raw ballad about his enigmatic grandmother’s life. 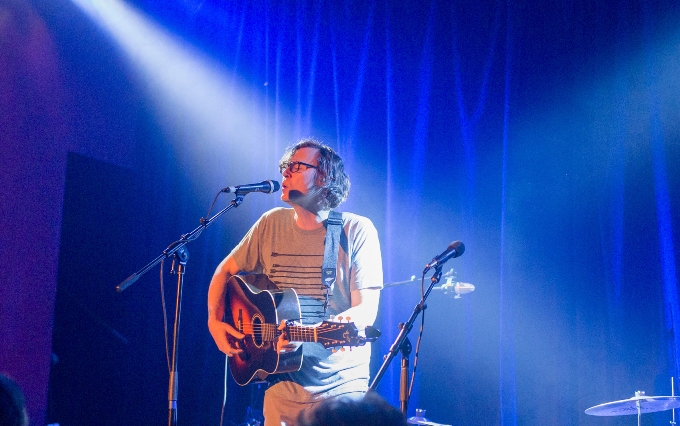 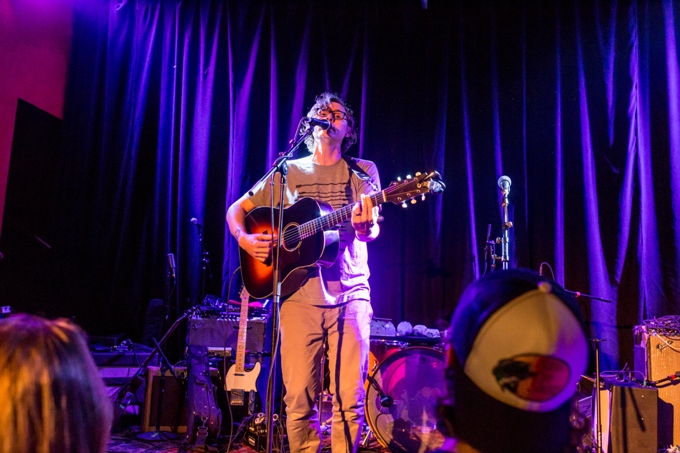 Foxtails Brigade came out rocking hard and didn’t let up until their set was through. Frontwoman Laura Weinbach’s commanding presence and captivating vocals got the crowd moving while Anton Patzner slew on the violin and the rest of the band kept up an electric energy. Towards the end of the set, the band brought out Weinbach’s younger brothers who beat away on some bucket drums and stared stoically out at the crowd in a strangely enchanting act of symmetry. The band brought the set to a close with their catchy and creepy tune “Far Away and Long Ago” but we’re hoping they don’t stay far away from the Bay for too long. 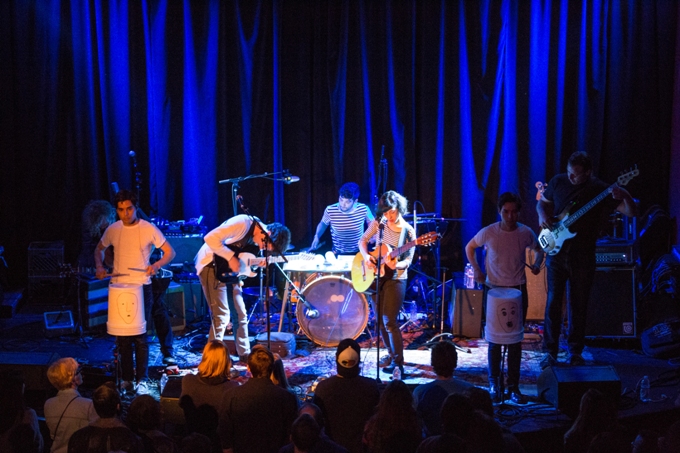 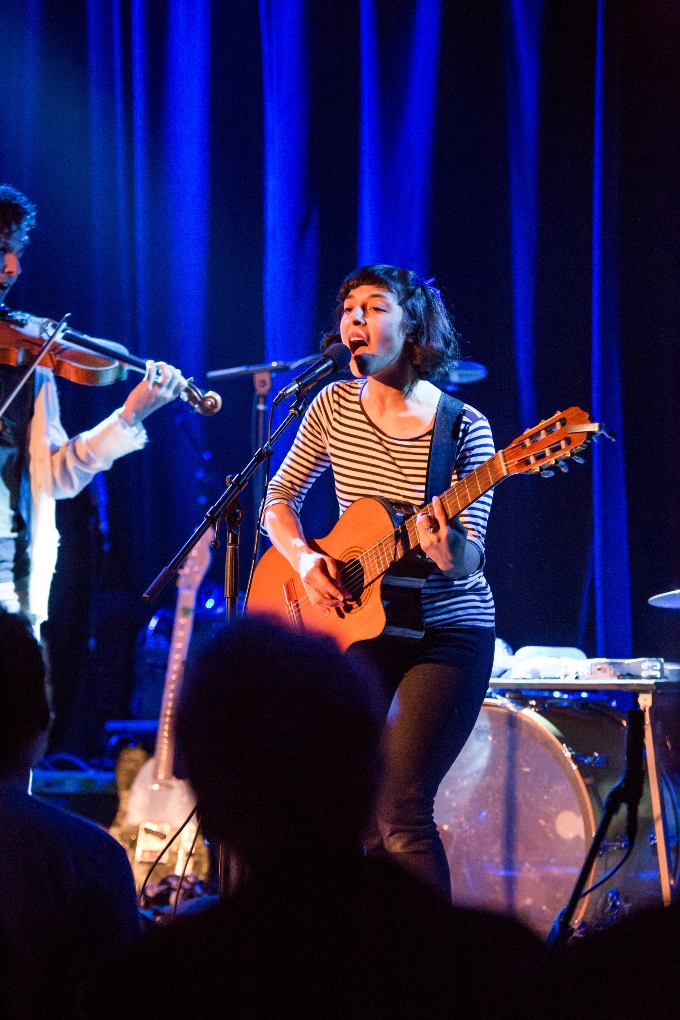 We could watch Current Swell’s Scott Stanton rock the lap slide guitar all day. The Victoria, BC new roots and indie rock band brought the crowd’s energy up with grooving beats and songs to clap along to. Songs like “Rollin’” and “One Day I’ll Be Rich”, both of which are off the album Ulysses, had the crowd dancing along. A trumpeter and trombonist joined the band for songs throughout the set that pumped up the crowd and added an extra touch of funkiness to Current Swell’s tunes. As the cherry on top of the delicious, funky sundae the band whipped up, drummer Chris Peterson capped off the set with the night’s best drum solo. 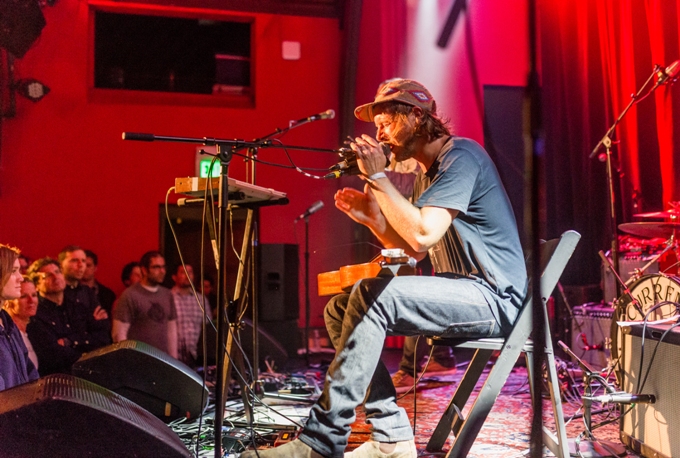 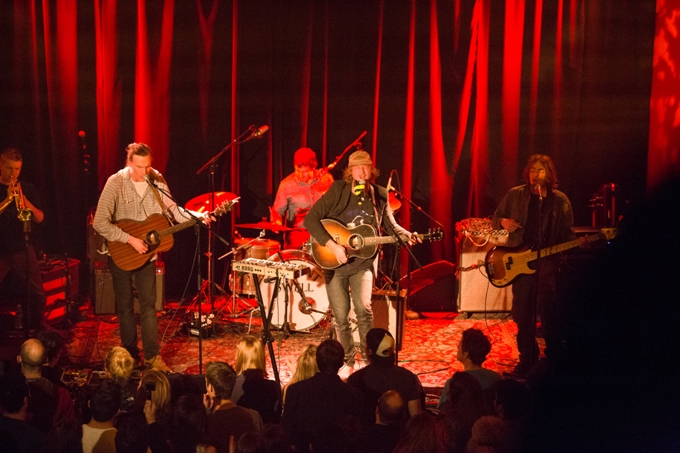 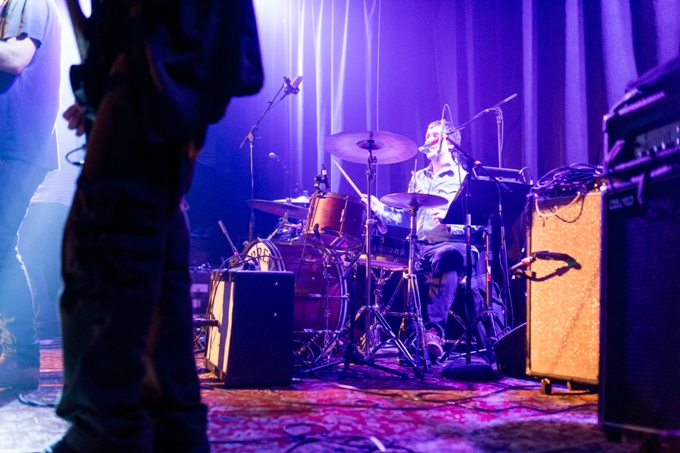 The night was capped off by Seattle-based indie rock group Cave Singers, who came out swinging and got the packed crowd swaying. The songs varied from cozy slow burners to rocking beats that saw frontman Peter Quirk double-fisting a tambourine and maracas while howling out the lyrics. Derek Fudesco ripped on the guitar while drummer Marty Lund kept the audience’s collective blood pumping. The band currently has five albums out, including Naomi, No Witch, Welcome Joy, and Invitation Songs, all of which were touched upon during the band’s energetic performance. The group has also recently released the self-produced Banshee, which includes the funky, bass-friendly “That’s Why”. 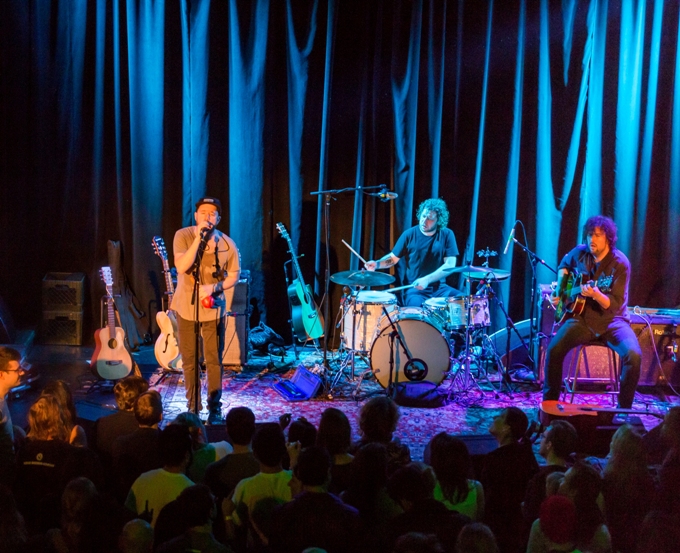 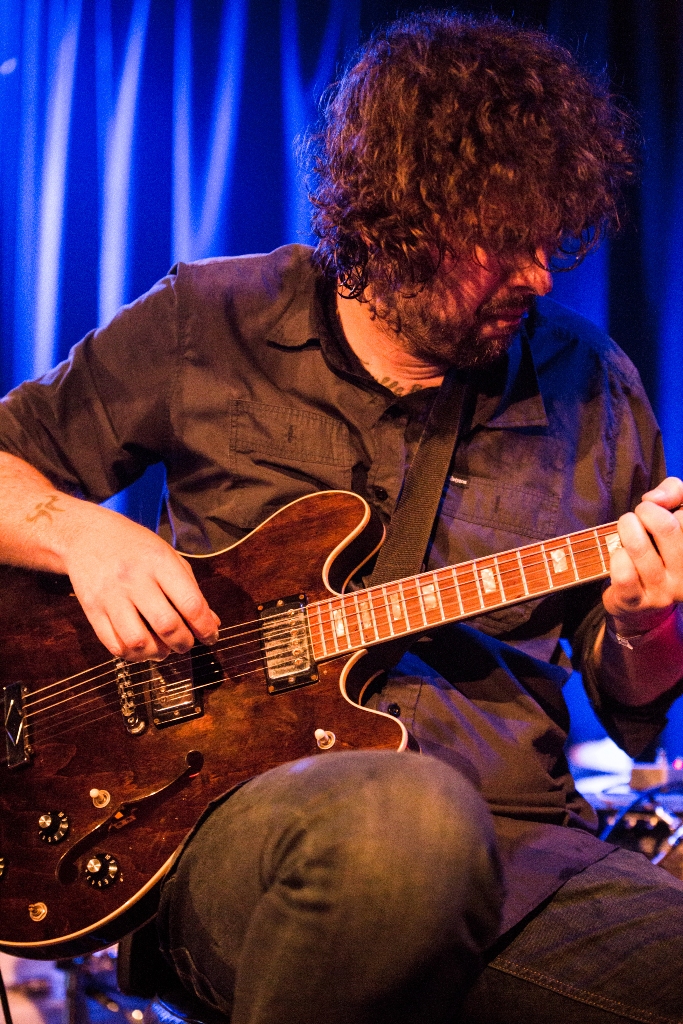