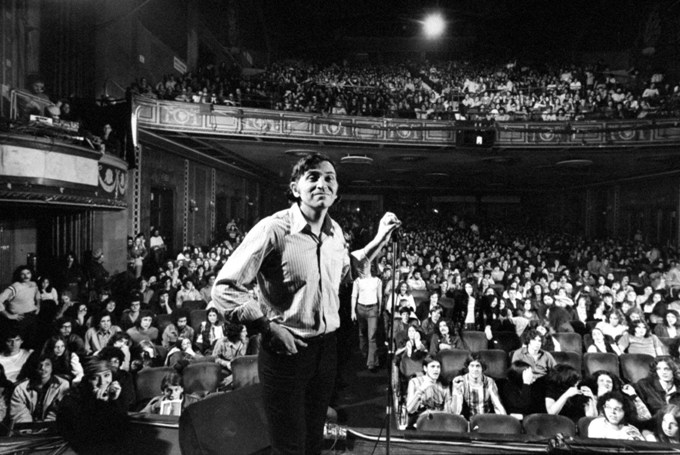 To Bill Graham, a rock concert was more than just about the music — it was about the entire experience: the connection between fans, musicians, sound, lights, and stage. And he would know — Graham was the most influential concert promoter during a time when people didn’t just listen to rock and roll, they lived and breathed it. Going the step further, like dropping thousands of ping pong balls out of a helicopter during the Rolling Stones first show of their 1978 tour, was Graham’s wheelhouse. As David Graham, Graham’s oldest son, commented at the press preview of the Contemporary Jewish Museum’s new exhibit Bill Graham and the Rock and Roll Revolution, his dad viewed his job as the parsley on the plate — the thing that took the experience of a concert one step further, making it that much more memorable. 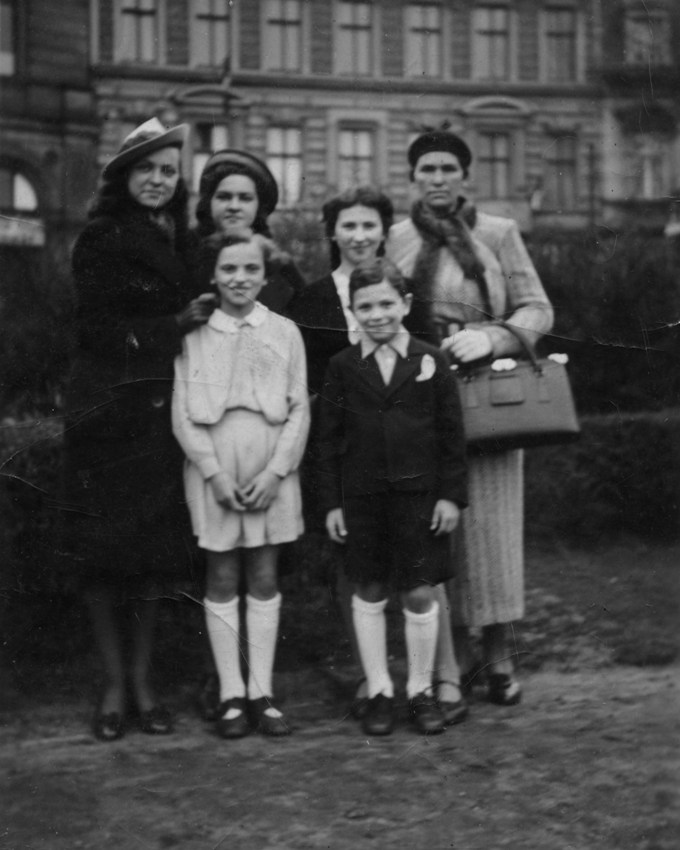 And yet, this extraordinarily charismatic concert promoter, who seemed to know everyone and be a part of everything, had an early life that relatively few knew about. Photos of Graham’s first decades line the entrance to the CJM’s exhibit, depicting a young Bill Graham and allowing visitors a glimpse into the tragic past of this enigmatic man. Born into a family of Russian Jews living in Berlin in 1931, Bill Graham’s birth name was Wolfgang Grajonca. His father died that same year, leaving behind a wife, five daughters, and young Wolfgang. The rise of Nazism prompted his mother, Frieda, to put Wolfgang on a children’s transport bound for France to avoid the escalating violence of 1939 Germany. Wolfgang never saw his mother or sister Tolla again, both of whom died at Auschwitz.

When Paris fell to Germany in 1940, Wolfgang was secretly spirited out of France and put on the Serpa Pinto, a Portuguese boat bound for the United States. When the boat unloaded its young passengers, 11-year-old Wolfgang weighed only 55 pounds, and suffered from both rickets and a bone marrow issue. 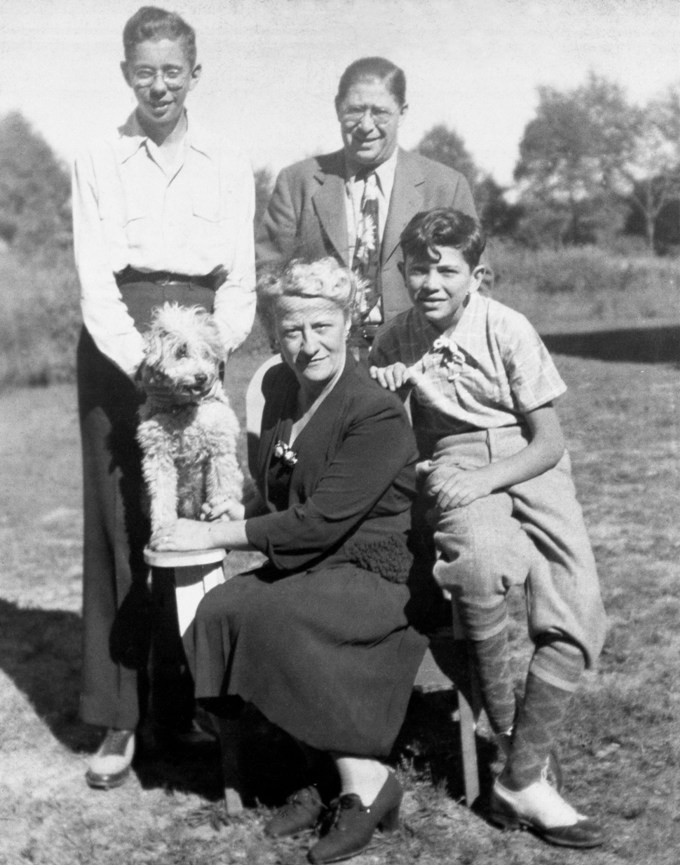 Roy, Alfred, and Pearl Ehrenreich with Bill and their dog, Fluffy Bronx, New York, NY, circa 1943

After nine painstaking weeks spent waiting in a foster home, Wolfgang was finally taken in by the Ehrenreichs, a family who lived out in the Bronx. Immediately, the young boy, who by then was going by the name of Bill, set about losing his German accent and picking out an American-sounding last name. He chose Graham from a phone book because it seemed closest to his real last name, though — as Graham often said later on — he never really cared for the name he selected.

Next came summers spent working at various Catskills resorts, time spent fighting in the Korean War that earned him both rank demotions and a Bronze Star for valor, and finally, a move out to San Francisco in the early 1960s, where peace, love, and rock’n’roll reigned supreme. 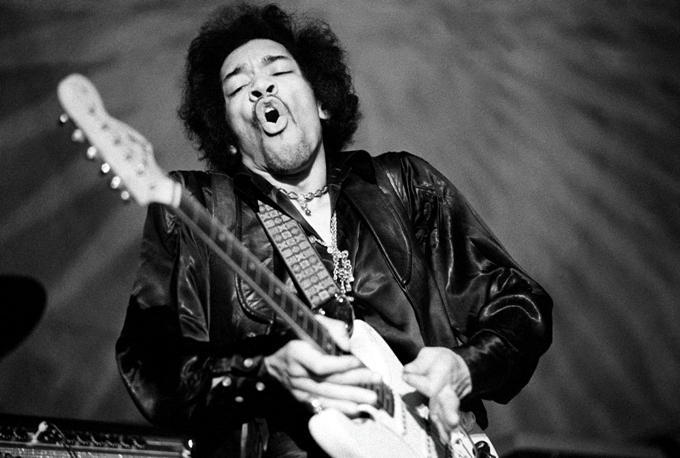 The next three decades saw Graham rise in the ranks of America’s music industry to become the most influential concert promoter of all time. He threw his first show, a benefit concert to help out a member of the San Francisco Mime Troupe, in 1965. At the top of the bill: Jefferson Airplane and Fugs. The rest of the 60s were spent throwing increasingly popular shows at the Fillmore Auditorium, Fillmore West, and Fillmore East in New York, all of which Graham eventually owned or leased. Graham’s concerts were known for combining a whole slew of elements — live music, fantastical light shows, and a killer sound system among them. He was constantly surrounded by the cutting-edge musicians of the day: The Grateful Dead, Led Zeppelin, Jimi Hendrix, and Santana were all friends of Grahams. 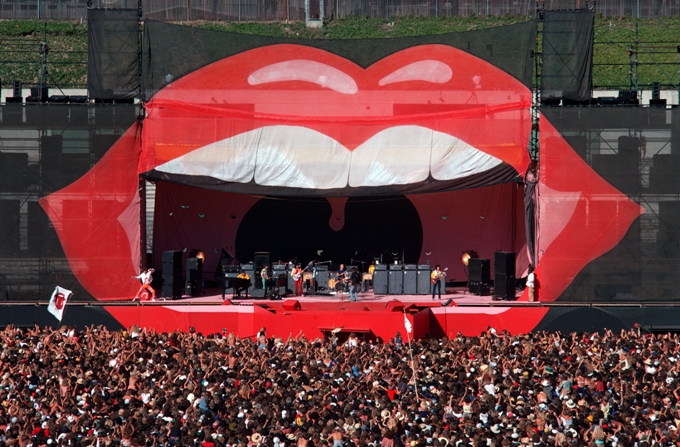 View from the audience: The Rolling Stones at Day on the Green Photo by Baron Wolman

The Summer of Love may have ended, but rock and roll did not show any signs of slowing down in the 70s, and neither did Bill Graham’s career. In 1971, Graham starting hosting weekend shows at the Winterland Ballroom, many of which were completely sold out. Stevie Wonder, The Sex Pistols, and Jim Morrison all made appearances. He also took on the role of tour manager for several bands, including Bob Dylan and the Rolling Stones. It was during this decade that the Grateful Dead played their first New Year’s Eve show for Graham — an act that would turn into a tradition during which Graham would dress up in intricate — and crazy — costumes that are on display in the exhibit. 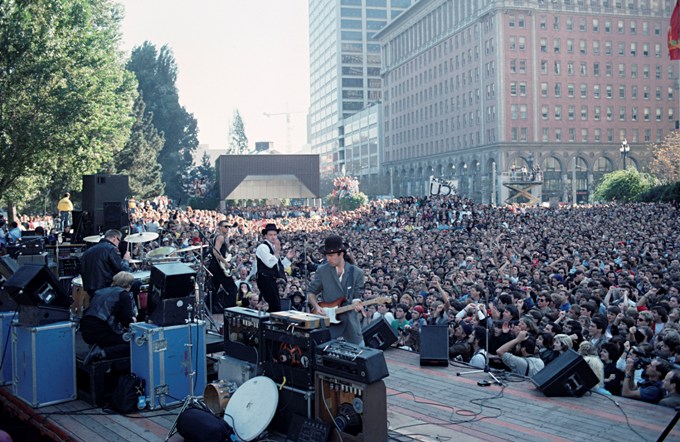 During the 80s, Graham harnessed the power of rock to take on some of the social, political, and health issues plaguing the United States. SF SNACK was Graham’s first huge benefit concert; it featured artists like the Grateful Dead, Santana and the Doobie Brothers, and proceeds supported extracurricular activities in San Francisco schools. Other benefit concerts Graham threw included Live Aid, which won Graham the “Humanitarian of the Year” Award from MTV, A Conspiracy of Hope, and Human Rights Now!. 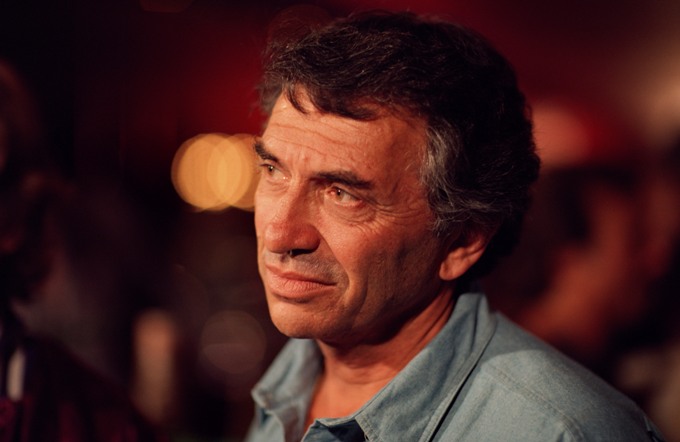 Bill Graham between takes during the filming of “A ’60s Reunion with Bill Graham: A Night at the Fillmore” Photo by Ken Friedman

In 1991, Graham went to a Huey Lewis and the News show to discuss plans for an upcoming benefit concert. He and his companion, Melissa Gold, boarded a helicopter piloted by Steve Kahn to take them back to the city in the middle of a torrential downpour. The helicopter struck a utility tower, causing the lights and soundsystem to drop at the Huey Lewis show, and killing all three passengers. Bill Graham was 60 years old.

On November 3, 1991, a crowd of over 350,000 people gathered at the Polo Field in Golden Gate Park to celebrate Graham’s life with a memorial concert. Though not a musician himself, Graham touched the lives of so many — both rock stars and fans alike — so it was only fitting that the concert be named Laughter, Love, and Music, the things Graham promoted all his life. 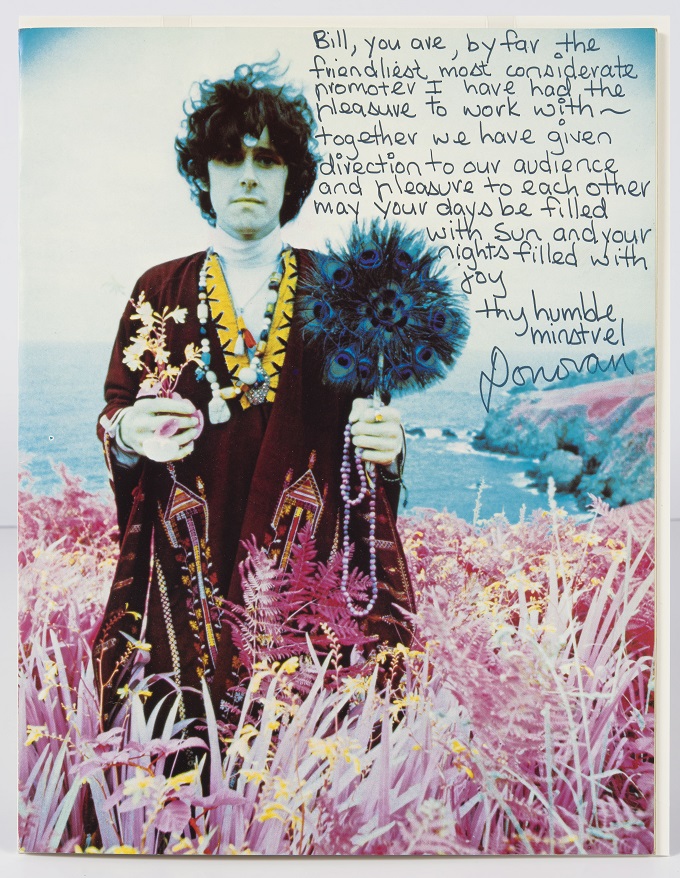 Walking through the new exhibit at the CJM is sort of like entering a psychedelic time machine. Posters of shows Graham put on line the walls with names like The Grateful Dead, Jefferson Airplane, and Carlos Santana scrawled across the bills, while objects like half of Jimi Hendrix’s smashed guitar and one of Janis Joplin’s colorful concert costumes sit encased in glass. It seemed particularly appropriate that Otis Redding’s “I’ve Been Loving You Too Long (To Stop Now)” was playing on the exhibit’s sound system as the press group entered the space: this is an exhibition about love — for the music, for the fans, and for Bill Graham himself.

The show is organized chronologically, with photos and relics from the 60s, 70s, and 80s spread throughout three main halls. Most of the items come from David and Alex Graham, Bill Graham’s two sons. Both were young when their dad died so, as Alex mentioned at the press preview, going through his things and organizing the exhibit was both a hard and cathartic process. Like many of the people who surrounded him, the boys knew little of their dad’s early life and so spending thousands of hours sifting through his archives allowed them to find both a better understanding of him, and of themselves. 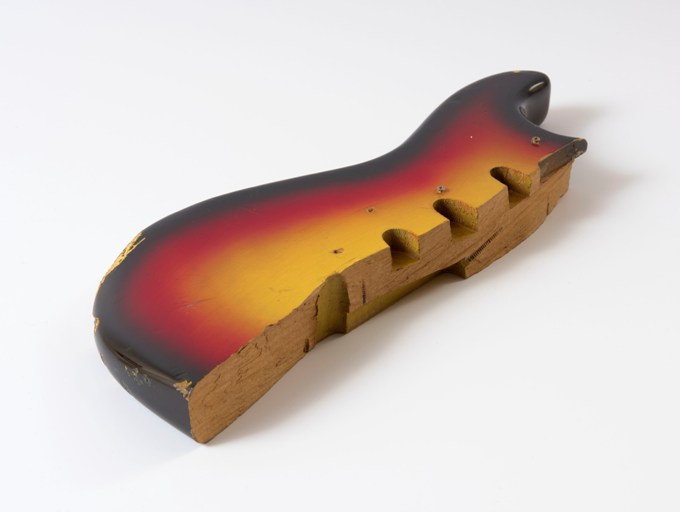 The team who put the exhibit together placed a large emphasis on the use of multimedia, in part to honor Graham’s love of going that extra mile to make an experience come to life. Stations with playlists of bands Graham interacted with can be found throughout the exhibit, as well as an audio tour that features sound clips of Bill Graham talking about his experiences throughout his career as a concert promoter. In this way, Graham leads visitors on a retrospective of his life, making the exhibit that much more intimate. 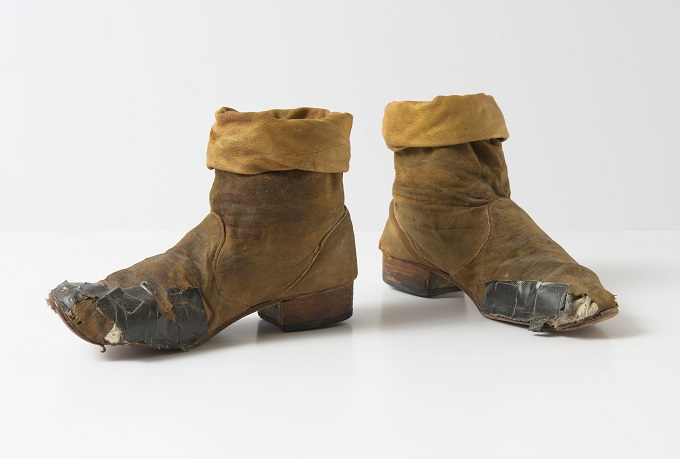 When speaking to Alex Graham about the exhibit, he said that the thing he thought was most important about it was the fact that everyone who visits will find something that they can relate to. “This is very much something our dad would want done with his archive. His story is very relatable and more than a little inspirational,” said Graham. From people who lived through the Holocaust learning about a fellow survivor, to rock lovers happy to be in the same room as Keith Richard’s busted boots, the exhibit draws in and welcomes a varied group, just as Bill Graham sought to make every fan’s experience inclusive and memorable.

Bill Graham and the Rock and Roll Revolution will be at the Contemporary Jewish Museum from March 17th to July 5th, 2016.