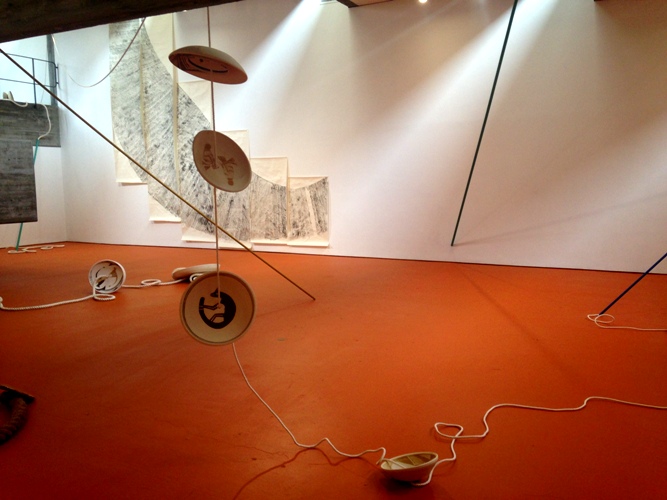 Viewing Feathered Changes, Serpent Disappearances, the new Mariana Castillo Deball exhibit at the San Francisco Art Institute, is sort of like stepping into an archaeological dig. While there may be less dirt than on a dig, history and artifacts are both in abundance. Deball has gracefully crafted an exhibit that considers the journey of historical artifacts through replication and reference, while also taking into consideration the random chance that leads to artifacts being found at all. 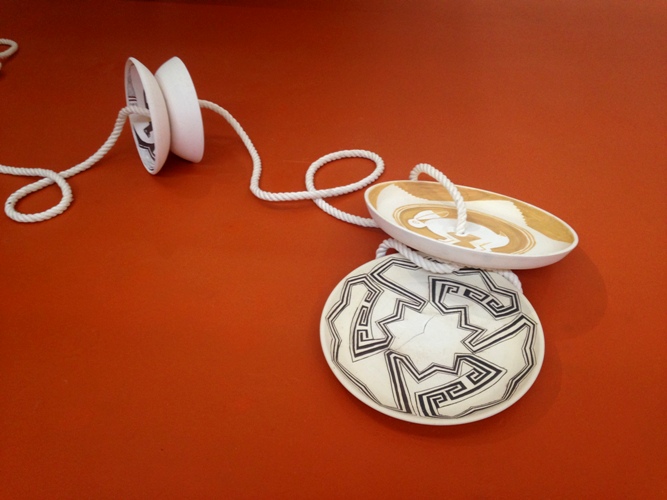 The floors of the Walter and McBean Galleries, where the exhibit is now on display, have been painted a vibrant terracotta orange, which places the objects strewn throughout the space into stark contrast with their surroundings. While you might not normally notice the floors first when entering an art exhibit, they were painted with a purpose: “The painted floors create a different notion of the space. It becomes a canvas — we are so used to seeing grey floors, but in this instance, the artifacts would get lost,” said artist-in-residence Mariana Castillo Deball. And it’s true — looking around the space, viewers immediately notice the different artifacts placed on the floor. Visitors can wind their way through pieces of replicated Mimbre and Mayan pottery and enlarged fragments of Teotihuacan murals, all of which are connected with coils of rope. 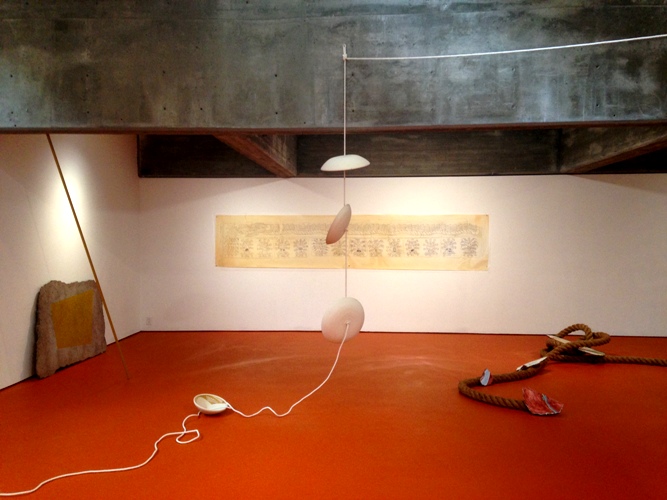 This practice of placing items of historical importance within a foreign context is one of the ideas that Deball explores in her exhibit. Deball is fascinated by the story of each object: where it came from, who carried it away from its original home, and its journey to where it is housed now. She believes that it is important to remember that there are multiple versions of history, and that chance plays a large part in the recovery of these stories. 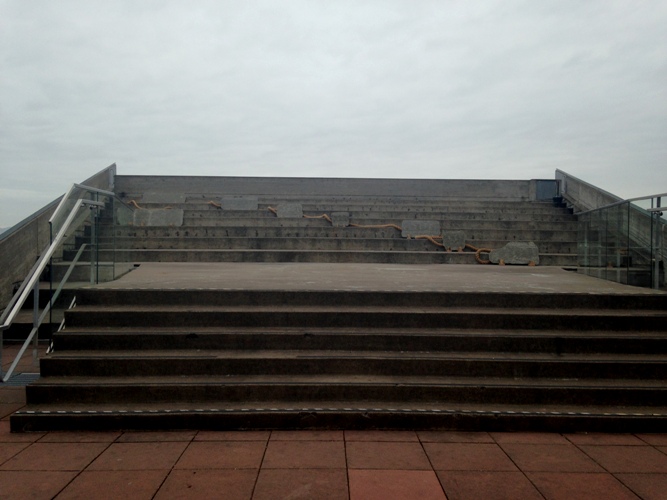 One of the finest examples of this exploration is the recreation of Feathered Serpent and Flowering Trees, an ancient Teotihuacan mural that was removed from the walls of that ancient city. The Feathered Serpent was actually one of three: one has since been returned to Mexico, one is lost, and one remains as a part of the Fine Arts Museums of San Francisco’s collection. Deball used the San Francisco-based pieces to create the reproductions that can be seen in her exhibit. However, instead of placing them in the same order in which they were originally depicted, she has spread them out and reversed several pieces to inspire discussions about distance and time. “I work with history in a playful way, while trying to find new ways to understand our present and our past”, said Deball at the exhibit’s press preview. 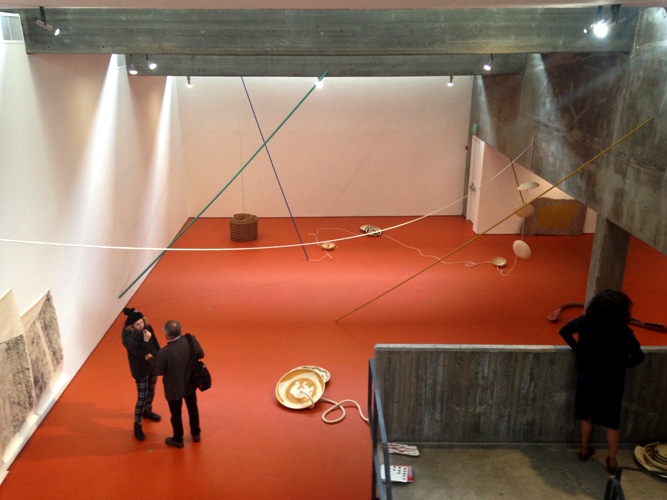 Indeed, there is an element of playfulness throughout Deball’s exhibit. The exhibit also focuses on a series of prints made by the artist and composer John Cage. Cage used chance operations to craft his series, Changes and Disappearances. During the creation process, Cage used maps, scores he had composed, and algorithms based on the I Ching to determine the lines and shapes he would add to his prints. Deball has taken some of the elements of Cage’s process and has employed chance operations to compose the exhibit: while laying out the pieces of the exhibit, Deball and her team began randomly taking away and rearranging some of its elements, just as the discovery of certain artifacts can rearrange and change historical narratives. 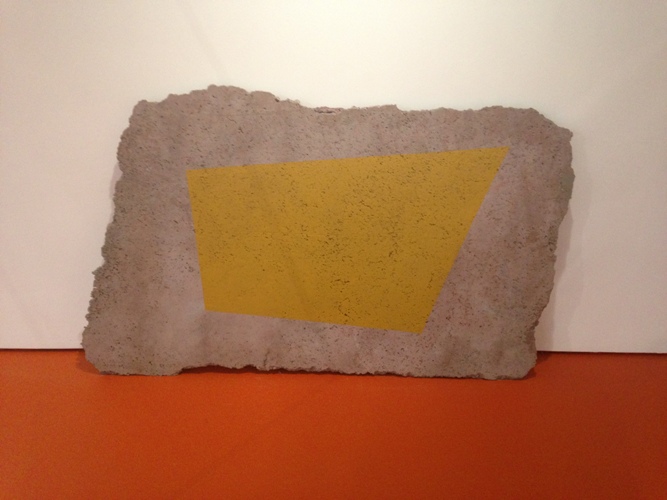 Deball is the first artist-in-residence of the SFAI + Kadist partnership. This partnership sponsors artist-curated projects and promotes both education and public engagement. To this end, Deball worked closely with Christopher Squier, a recent SFAI graduate and recipient of the SFAI + Kadist fellowship, to put the exhibit together. Everything shown in the exhibit, apart from the Cage prints, were created on the SFAI campus with the help of many students.

Feathered Changes, Serpent Disappearances will be on display in the Walter and McBean Galleries of the San Francisco Art Institute until July 30, 2016.