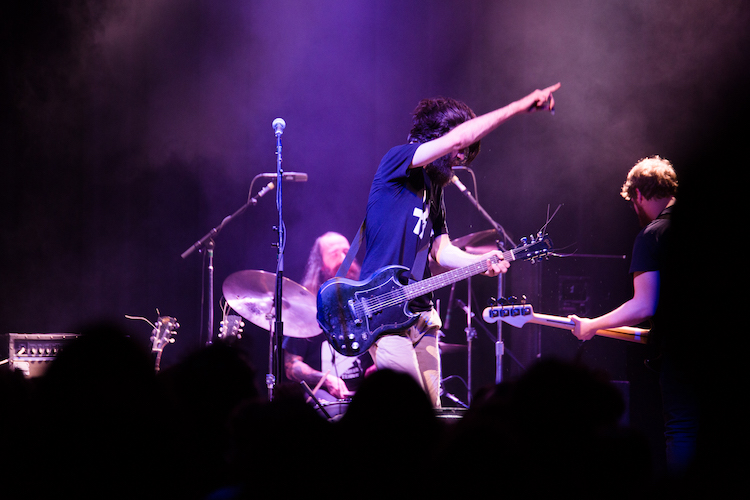 The Fillmore was alive with the sound of punk on Tuesday night. The show started out with an upbeat set by La Sera, an energetic group that warmed up the stage for headliner Titus Andronicus, who seems to have a bone to pick with society.

La Sera’s songs can be as sentimental as they can be rocking. Kerry Goodman’s vocals are honey-sweet above punkish guitar and bass lines that cruise along on at a rollicking pace. Initially started as a side project when Goodman was playing bass for Vivian Girls, La Sera has since become a full-time endeavor, taking Goodman and her band on tours across the US and Europe with the likes of Father John Misty and Jenny Lewis.

Tuesday night saw Goodman rocking out with husband and lead guitarist, Todd Wisenbaker. With her perfectly bobbed red hair aglow in the stage’s lights, Goodman goofed off with her bandmates and put on a performance packed with energy that proved this group was having the time of their lives. 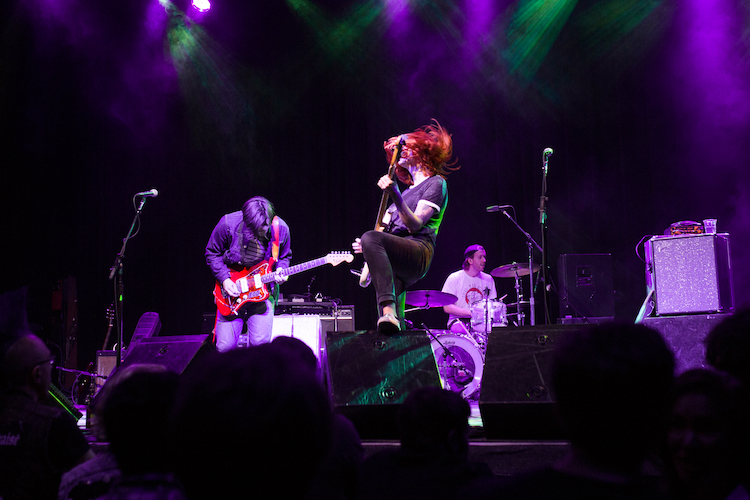 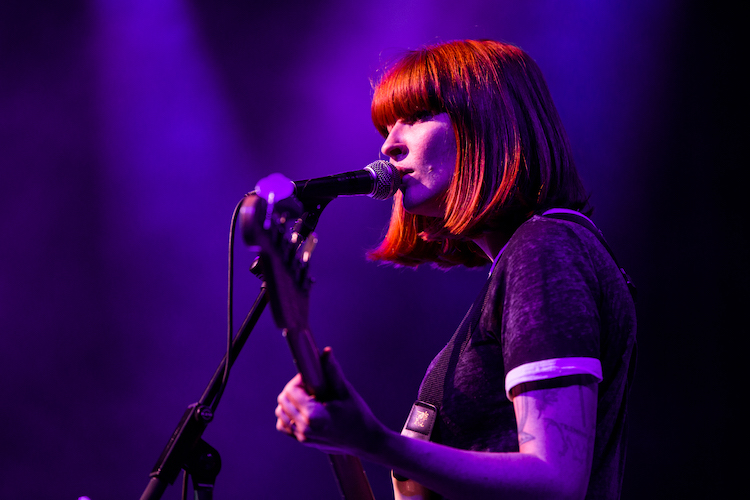 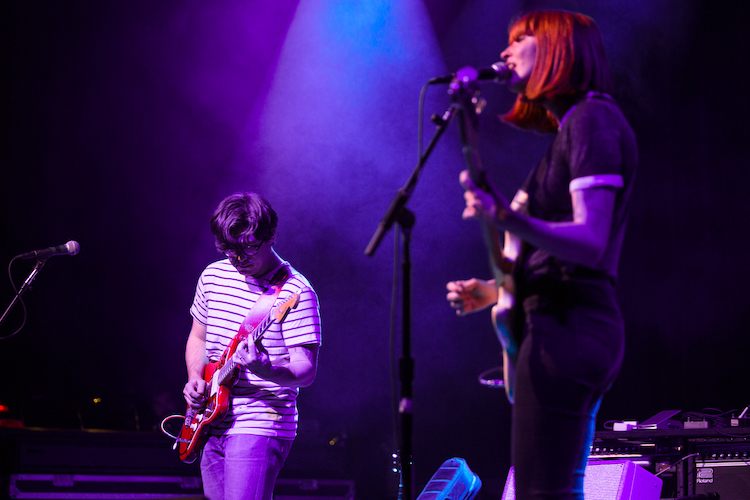 Punk group Titus Andronicus is nothing if not energetic. The band formed in 2005 under the steady brow and darkly combative gaze of lead singer/songwriter Patrick Stickles. From their first performance in an unfinished basement to playing massive fests like Sasquatch, Titus Andronicus has accumulated a large following that was out in full force at the Fillmore last night. Fists were raised in solidarity, moshing ensued, and lyrics were screamed at the top of collective lungs, helping to turn a normal Tuesday night into one of misfit glory. Like the play from which the band took its name, Titus Andronicus’ music is filled with violent passion, though unlike the play, listeners will find begrudging hope sprinkled into Stickles’ driving songs. In particular, the band’s latest album, “The Most Lamentable Tragedy,” another nod to Shakespeare’s first tragedy, follows the journey of a lost man through the seasons — out of the Winter of depression and finally into the cleansing death of Fall. The rock opera plays out over a whopping 93:44 minutes.

Audience members growled along with Stickles’ vocals while the rest of the band blasted out song after song. Writing as someone who found herself in the middle of a mosh pit during the last song of the night, with sweaty music-lovers howling out every word, it’s safe to say that fans of Titas Andronicus are as loyal as they are wild. 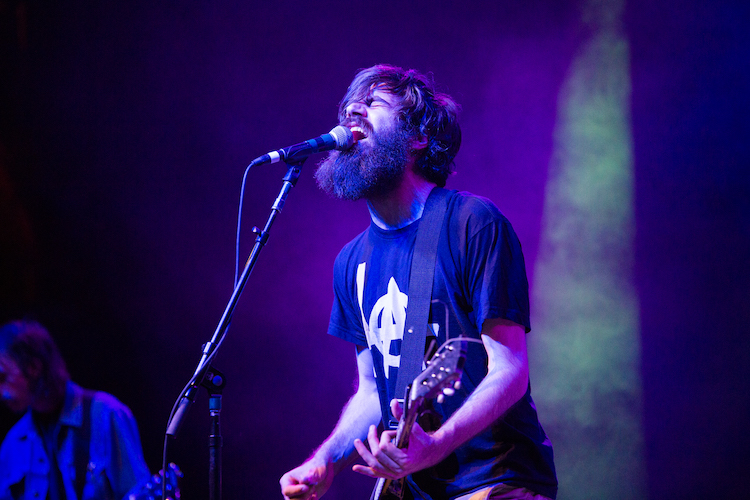 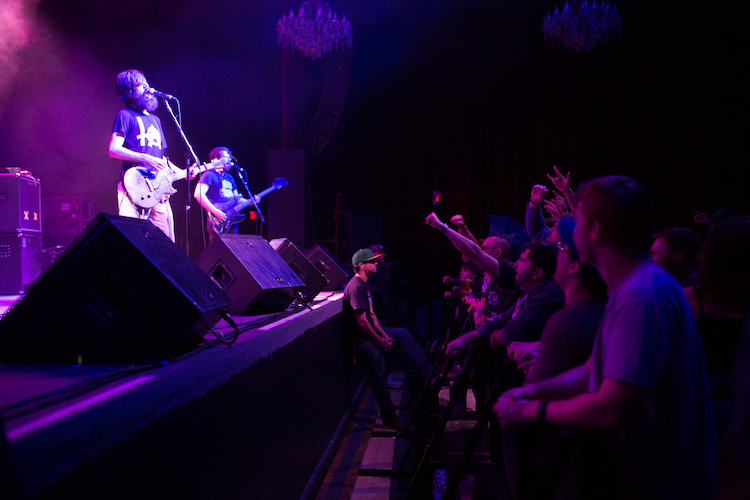 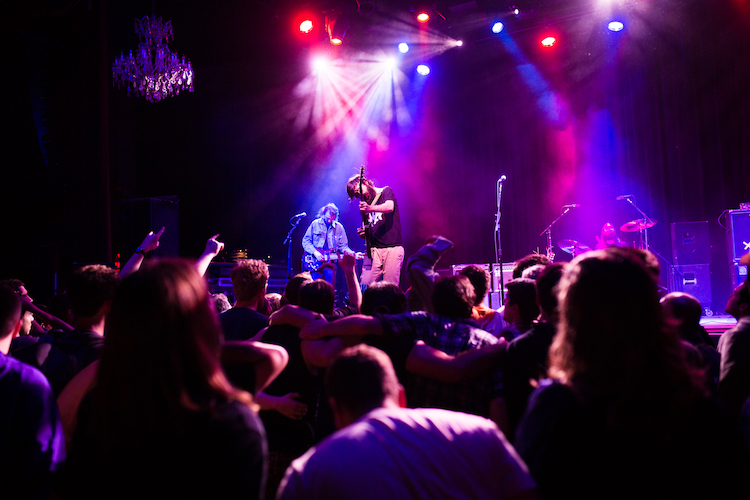