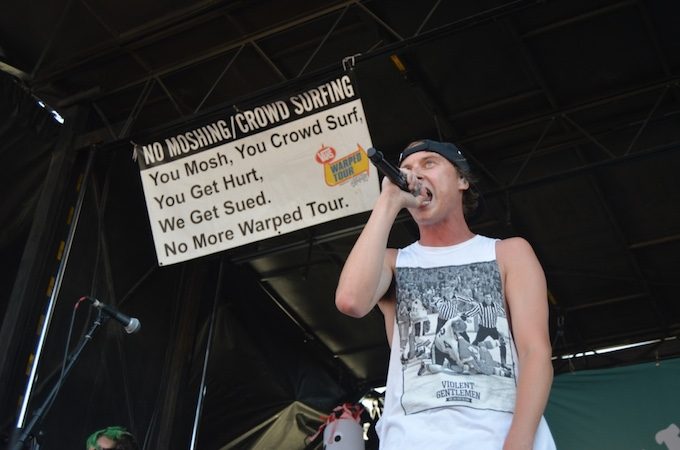 The Vans Warped Tour is slowly coming to an end, but we got a chance to catch up with guitarist Tyler Szalkowski and drummer Evan Ambrosio of State Champs.

Hey, guys. You dropped your latest album “Around The World And Back” not even a year ago in 2015. Since then you’ve literally toured around the world, receiving amazing crowd responses and acclaim. When you picked the name for your album, did you assume it would come to this?

Evan: That’s what we wanted.

Tyler: We picked the album title because we were actually writing it while we were touring. It was written all over the world. There are certain songs where I can tell you we were in Japan or Australia or even on Warped Tour. For example one of our biggest songs “All You Are Is History”. I remember me, Evan and Ryan were jamming with acoustic guitars behind our trailer at Warped Tour 2014 and Ryan was doing this riff. I said “that’s cool but let’s make it more pop punk or rocky”. Because Ryan is like an indie guy. Just stuff like that. It was written everywhere over the course of two years. With the song “Around The World And Back” it was the vibe of the record. Even though it’s the random acoustic song, it made the most sense. At least for us. So we thought that’s a cool record name. And then we thought doing the Around The World and back tour or Around the world tour and back. But we basically picked the album name because we wrote it all over the world and back. And we would do it again and again and again. As much as we can. 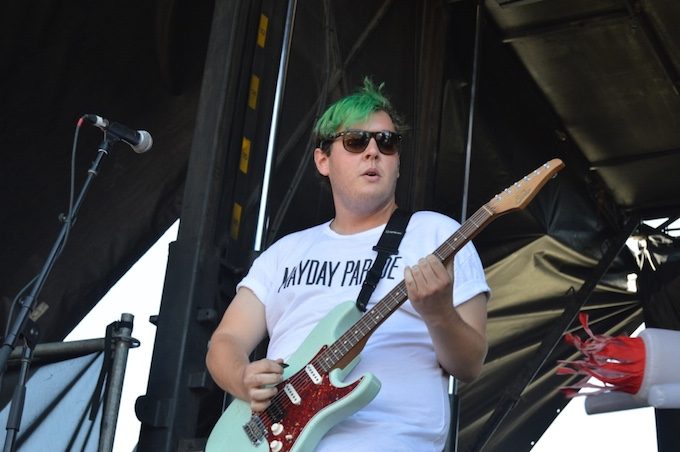 So the song came before the album name?

Tyler: Yeah. We actually suck at picking album names. Actually picking an album title is harder than writing a record. I really liked “Around The World And Back” was black with the gold globe. We knew everything for the tour is going to be black with gold. Which is sick. We usually just pick lyrics that make the most sense to us.

Evan: I would agree. It’s the image, the aesthetic of the whole. And it’s always cool to have some art. Having an inspired piece by somebody who actually knows how to do art. 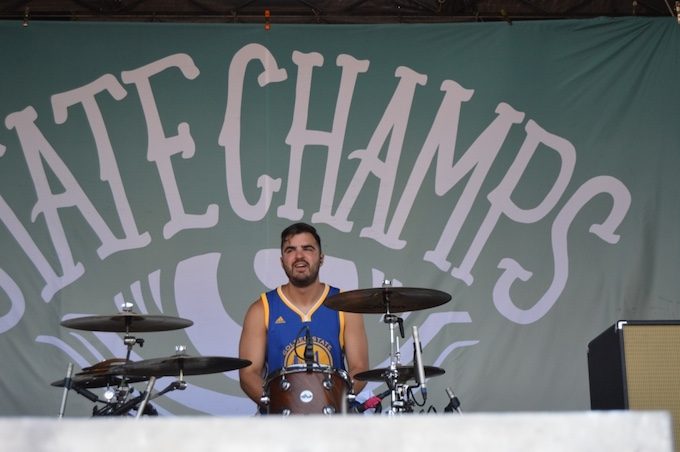 You performed during the Warped Tour two years ago. After that you dropped your album and had some amazing experiences since then. This year your back on Warped Tour. Considering everything that happened within the last two years. How is this year’s Warped Tour different from the last time?

Tyler: Day and night. In ‘14 we were in a van. Our manager said “you can’t afford a bus or a band wagon”. We don’t ever talk about money but we weren’t willing to put ourselves in a position to go into debt because that can really kill bands. To take something in the red has to be worth it. So we did the 2014 Warped Tour in a van because we couldn’t get a bus. This year we are in our very first real bus. With a full crew including techs and everything. It’s crazy. Band wagons have nine bunks with no back lounge. The tour bus has twelve bunks with a full back lounge.

Evan: And it’s cool a lot of the bands that were on for ‘14 are on this year. We felt like the new kids on the block. Now we feel like the established seniors. We now get how this works. We know how to play the game.

Do newer bands come up and ask for your advice?

Tyler: Well sometimes, yeah. People ask our advice all the time. I don’t know why. We never set out and had like a 5 year plan. We got it, it was more like “This is happening! Dude, let’s go”, “We can tour the world? Sure let’s go”, “Warped Tour? Yeah, let’s go”. We don’t feel like the ones that should give advice. Right now we still a bunch of fun loving idiots. Just give us ten more years.

It’s the first time I’m talking to the bands at the end of the Warped Tour. Last year this was the second stop. How is your energy level? Looking forward to the end or rather not?

Evan: I am and I’m not. I’m going to miss it like crazy. Especially since 2014 this tour has always been my favorite to be on. Because there are so many different bands. There are so many different friends you usually don’t tour with. The friendship level is really high on this tour, so the fact that it ends in a few days bums me out. But we’ve been gone for eight or nine weeks just getting back to my own bed will be nice. 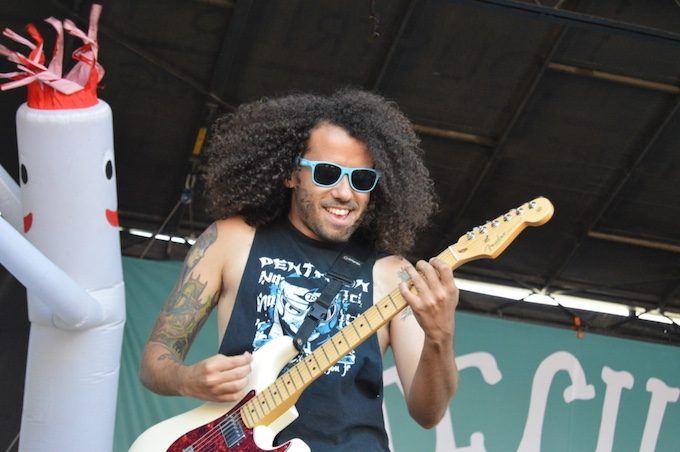 Speaking of bands and friends on this tour. The line-up this year is really incredible. Did you get to meet some of the other bands you haven’t met before. Even some of the ones you grew up with like Sum41?

Tyler: We haven’t met Sum41 yet. Which is not personal. But I met a lot of people from bands that I really like and found out they are not the way I wanted them to be. It’s like watching your hero turn human in front of you. So with bands like Sum41 I like to keep the fan perspective. I want to be in the crowd with “Fat Lip” on. I would be their friend if they wanted me to be but I’m not trying to force it.
Evan: We did get really close to Yellowcard. We’ve been close to New Found Glory for a while. It’s cool hanging out with Yellowcard. We did the charity bowling with them, which they won. There is so much to learn from those people. It’s their sixth or seventh Warped Tour. If you pay attention, you can learn a lot. And it’s also sad since Yellowcard only have one more tour left. So we try to see them play as much as possible.

You guys have been on the road for quite some time and you will be the rest of the month. When you go home. What are you looking forward to?

Evan: Honestly just relaxing. We started the tour in Alaska. Which is dope. One of the coolest places ever.
Tyler: I really want to see this Netflix show “stranger things” everyone is talking about. I don’t have enough data to watch it out here on tour. I’m gonna watch some Netflix, get lunch with my mom, do laundry, repack my bag.

You’re finishing of the Warped Tour. After that you’re heading over to Europe for some more shows and festivals. What’s the plan after that?

Evan: We have some touring plans but mostly it will be a pretty relaxing rest year.

Tyler: We went really hard in the beginning of the year. We left for the World Tour at January 3rd and didn’t come back until March. We were basically gone for three whole month. Had a month of did the A Day To Remember Tour, had three weeks off. Now we are out again. Basically we going to take a couple of months to chill out before we do more. But then we gonna do more touring again. We are not going anywhere. Now we just want to put our feet up and relax so we are ready to go again.

Evan: That’s usually how it is. We are home for a week and then you get the feeling “I need to do something. I need to be back out”. It’s funny because if you are on tour for a long period of time you can’t wait to get home and do nothing. Once you get home you feel like a waste of life. You think I need to go back out. And I’m glad it’s still like that. That I’m still itching to go out there. I’m stoked that I’m still so excited to go out on tour as I was when I joined the band.

Tyler: You never want to lose that. The charm of touring. The feeling of leaving. Because once you lose that you never wanna leave. And if you don’t want to leave, you don’t want to be in a band. Than your heart’s not in it. It snowballs into nothing good. For us right now it keeps getting cooler and cooler. The tours are getting bigger and bigger. First we played for 10 kids and thought “This is amazing. We are playing in Texas. We’ve never been here before”. Now it’s “there are 2000 people here. What the…?! That’s tight!” The shows get crazier and crazier. The fans get sweeter and sweeter and more and nicer. It never stops feeling awesome.

Evan: It’s definitely cool getting a little bit more noticed now. People want to come up to you and talk to you. It’s a cool feeling. 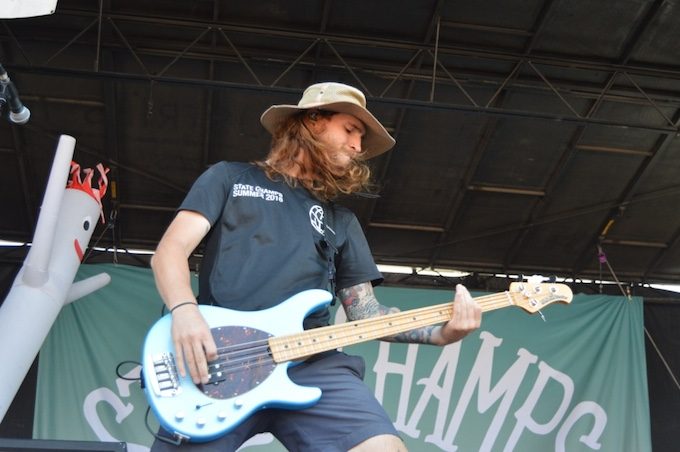 Did that change at home too. Or is it still the same? Is your home still your safe place from all the craziness around you?

Evan: For me it’s still the same. I’m from the middle of nowhere. I live in a really small town. I pretty much focus on seeing family. They don’t treat me different at all. I still get made fun of by my brothers all the time. Get treated like the baby of the family. In Albany it’s different.

Tyler: I find it’s always the same people. There is this one girl Abby. She’s always at the mall when I’m at the mall. But it’s just a coincidence. It’s not like she’s stalking me. I even met her mom. But it’s no normal fan interaction.

Evan: It’s funny you create relationships with people you see a lot. We’ve done some releases at our mall and some people said “I can’t believe you shop at Crossgates. That’s so weird.” It’s one of the funniest thing someone said to me, because I’ve been going there my entire life.

Circling back to your music. What are your plans for the new album? Have you worked on anything yet?

Tyler: Thinking about it but nothing is really in motion yet.

Even: We haven’t written anything yet. But it’s definitely on our minds. We’ve had some ideas. We hope we can take our relaxing time to think about it more seriously. Not too crazy the rest of the year though. 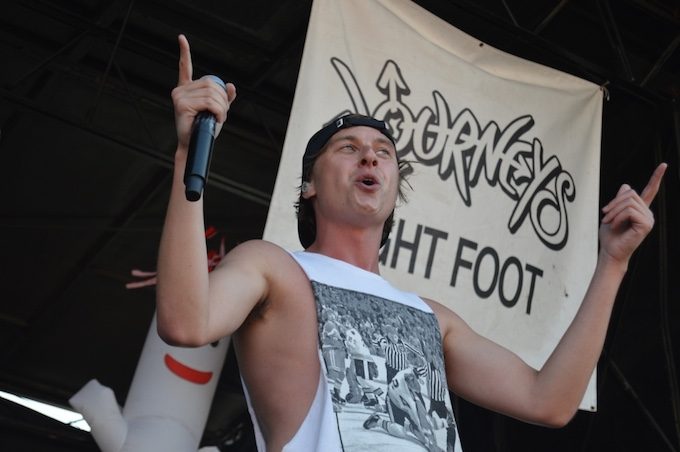 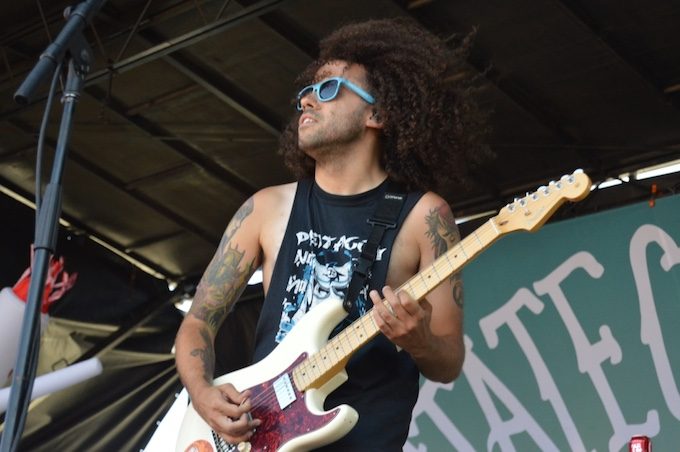 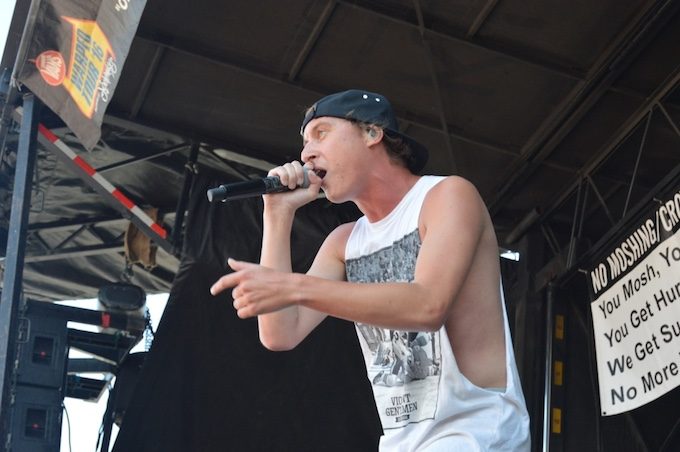 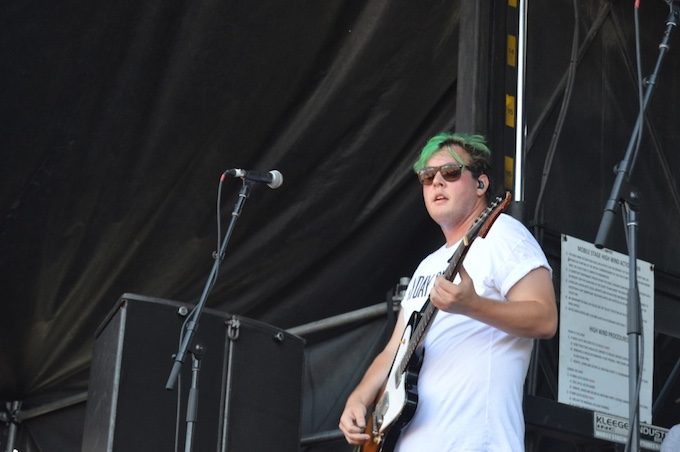 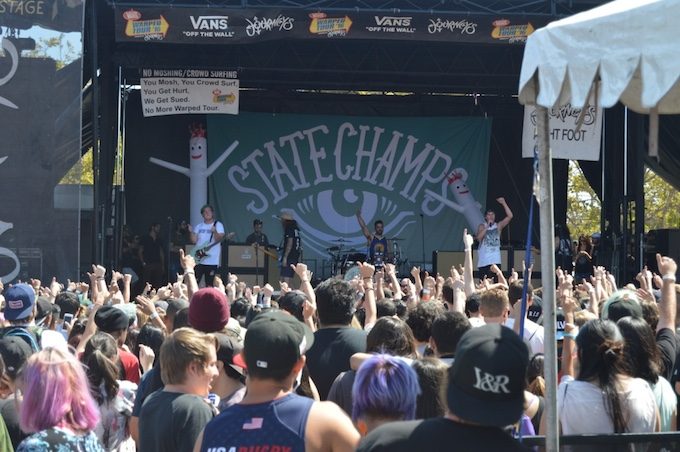 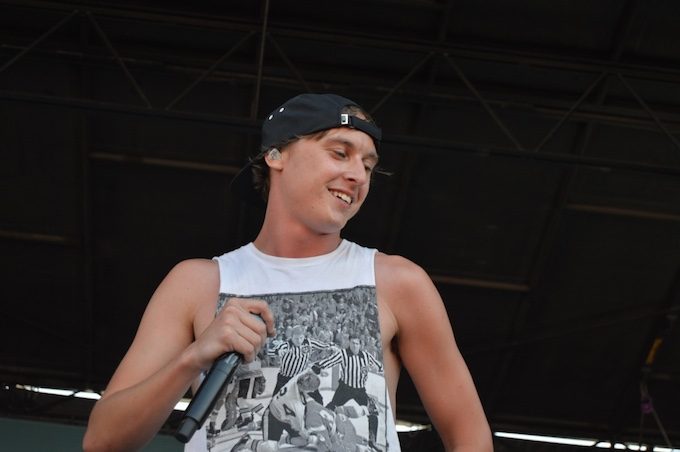 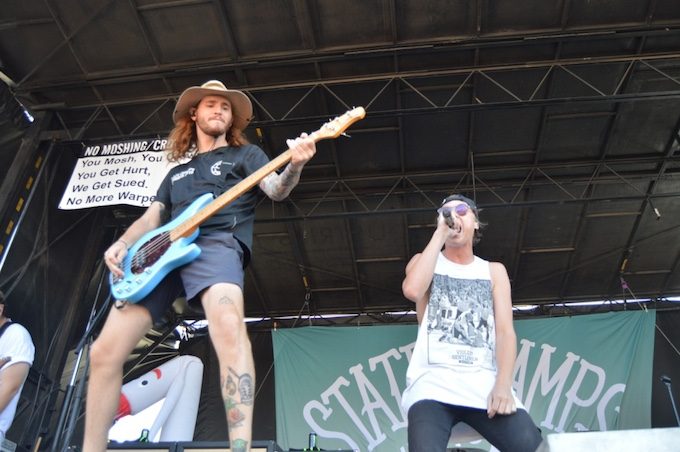 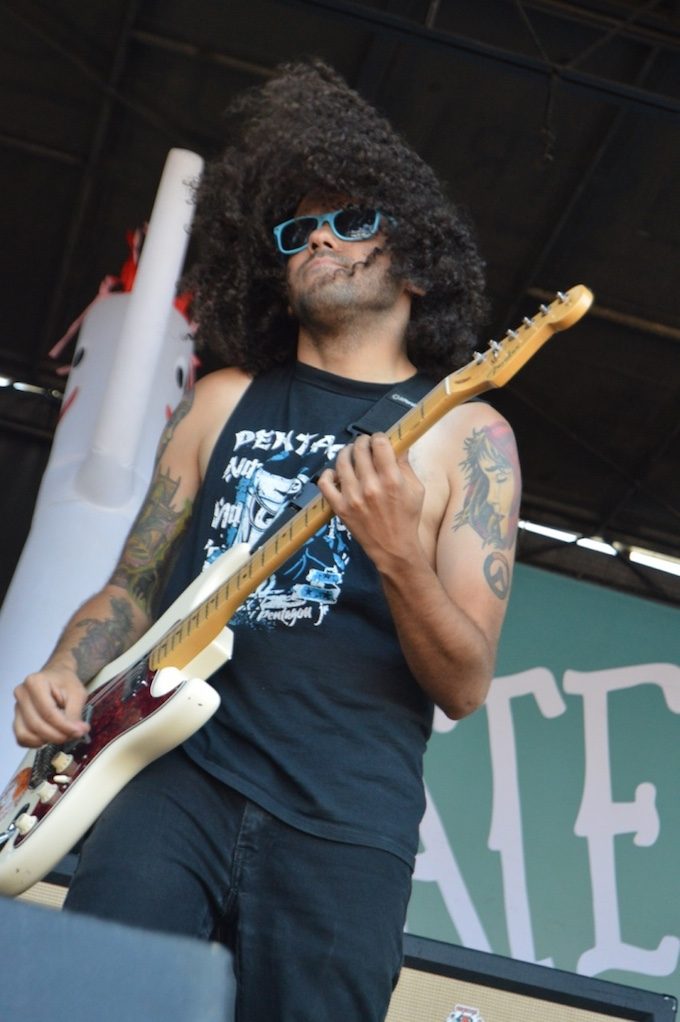 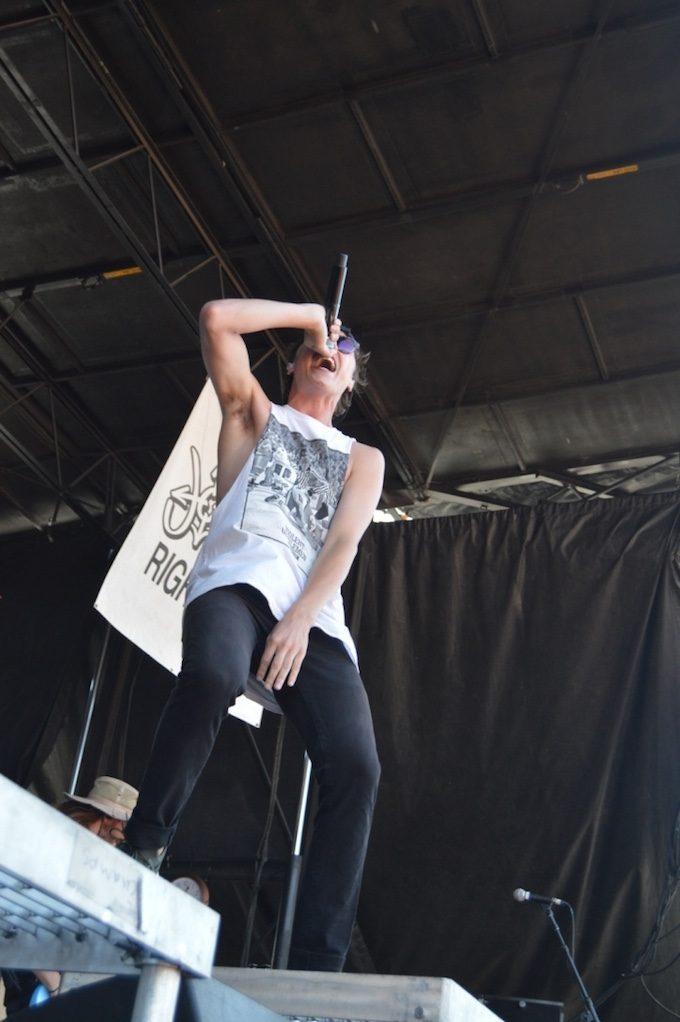 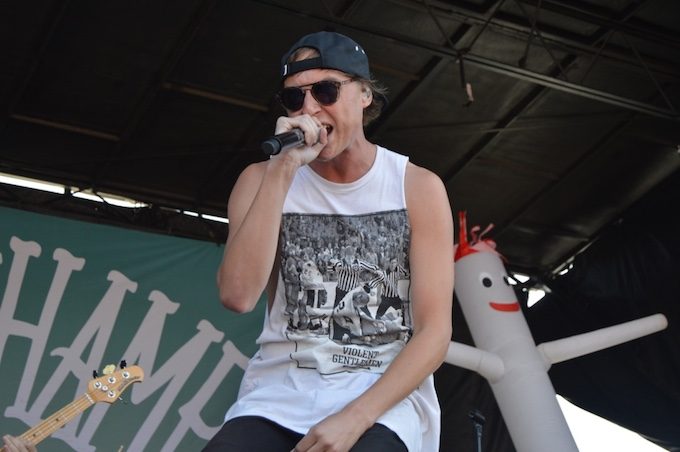 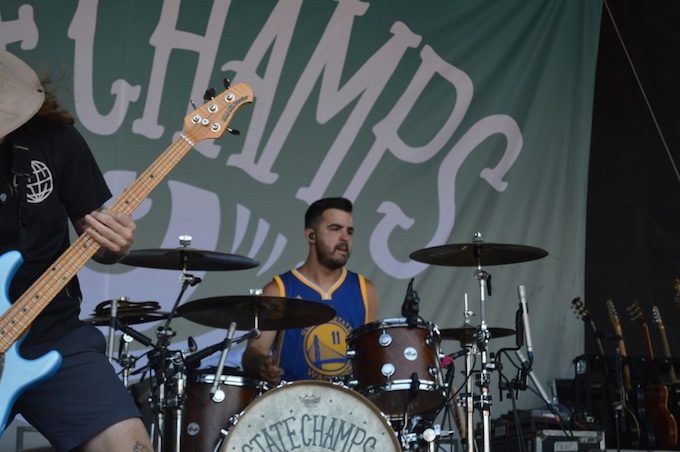 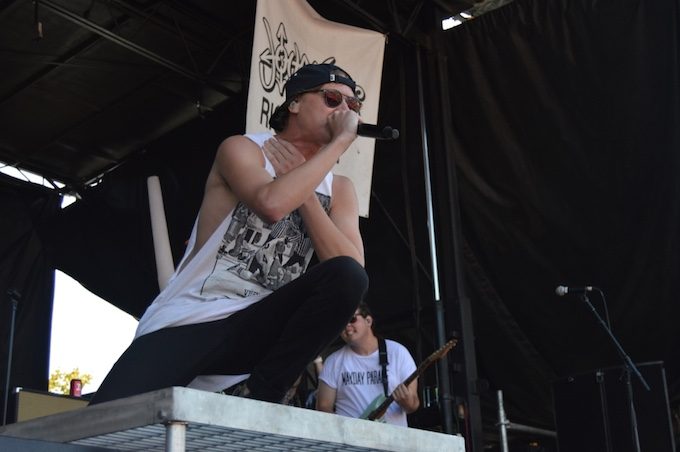 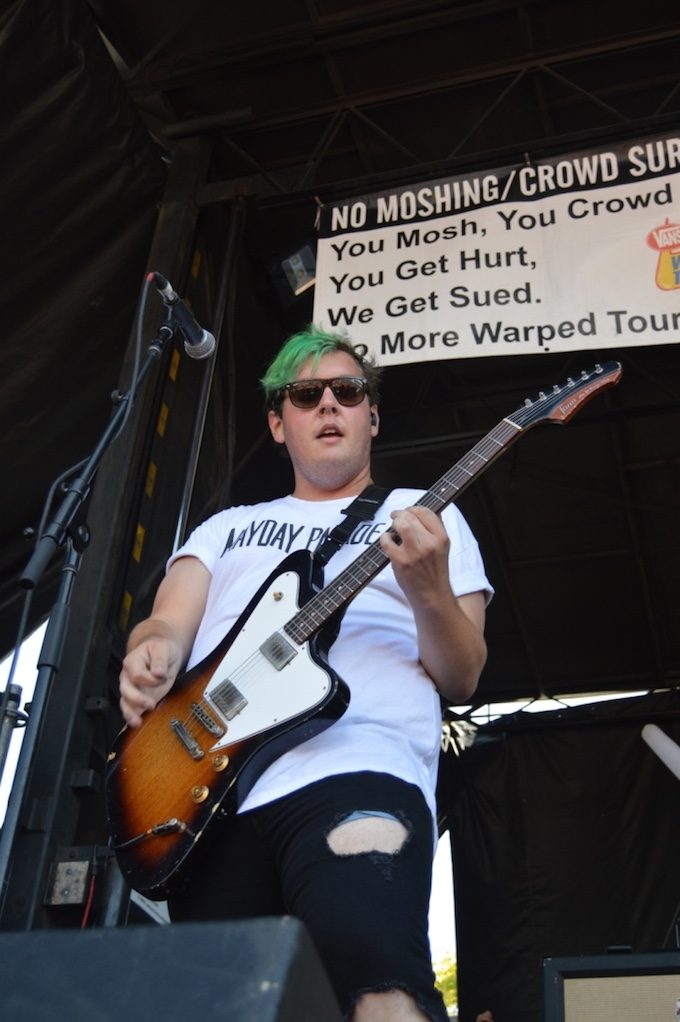 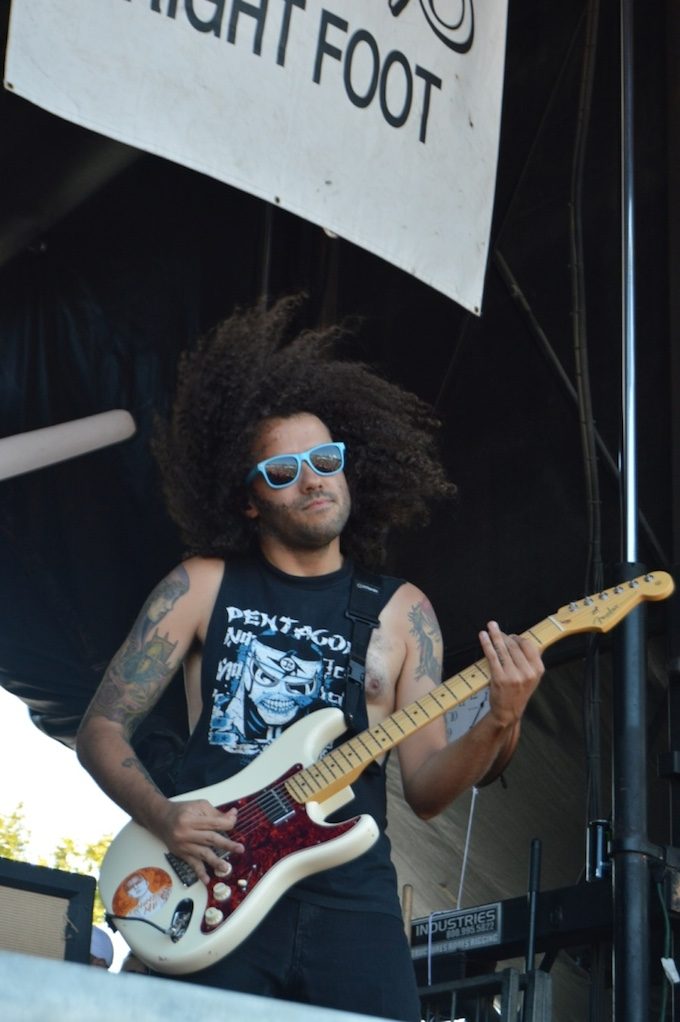 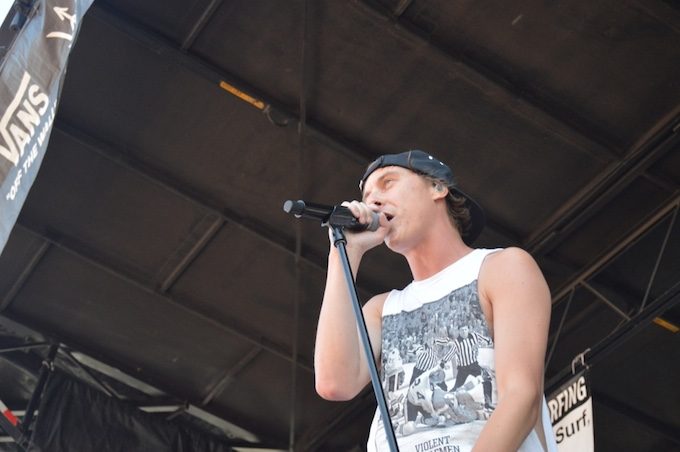 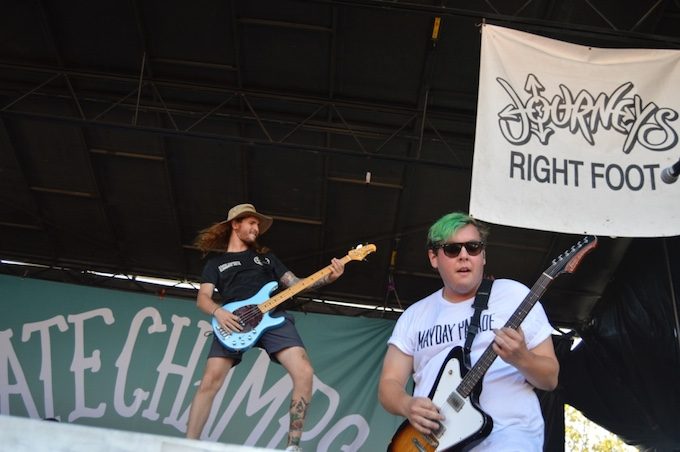 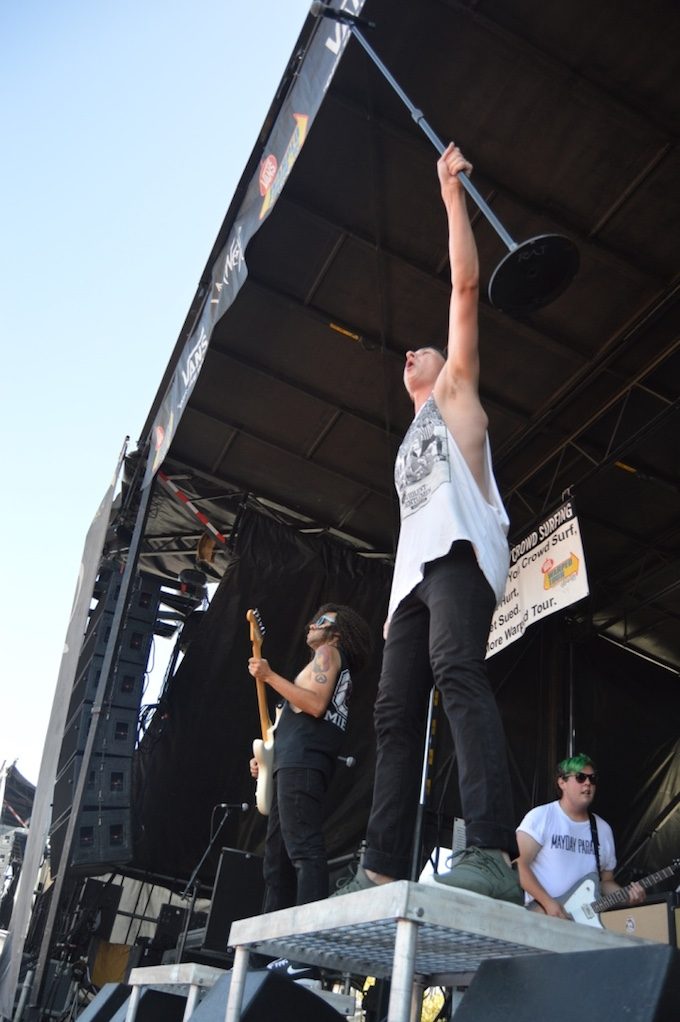