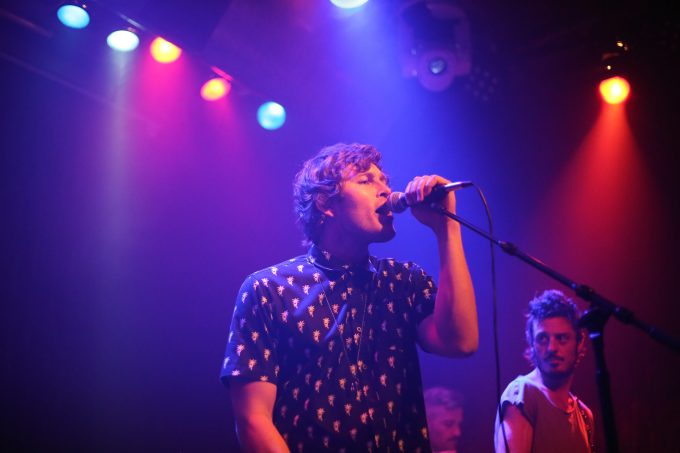 Noise Pop 25 is in full swing! The festival carried on with a stacked lineup on Wednesday, February 22nd, at Rickshaw Stop, where Nyre, Warbly Jets, The Young Wild and headliners The Palms took the stage.

NYRE, a trio of friends from San Francisco, earned a fair amount of hype with their debut EP Say Hello, prompting audiences to show up early for their garage-psych tunes. During their performance, images of Alice in Wonderland were projected onto the stage, adding levity to the atmospheric performance. When we asked the leader Tigan two words to describe his music, he answered, “Instinctual and primitive.” 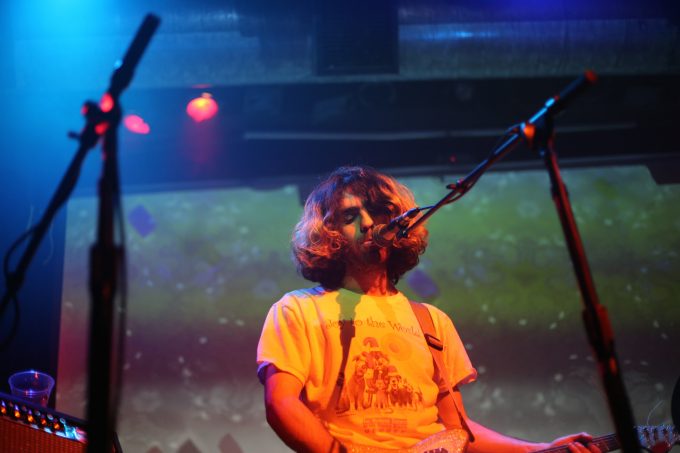 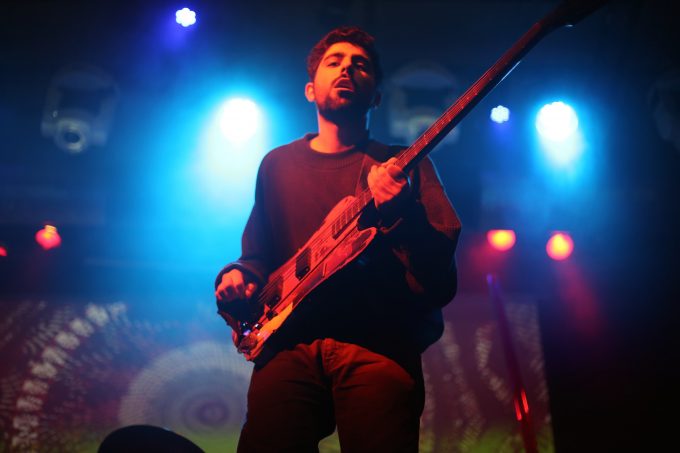 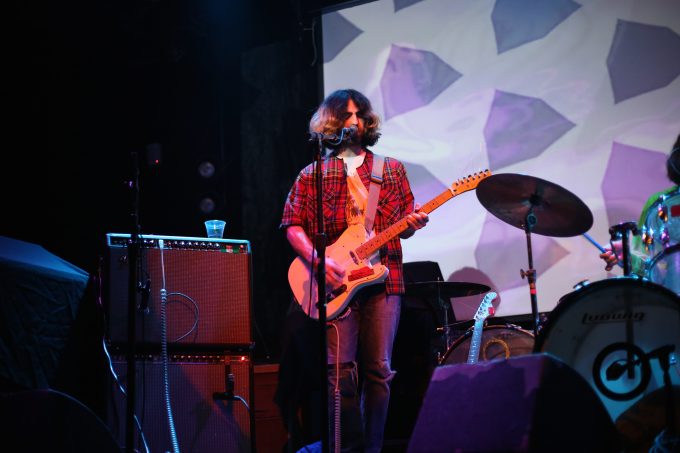 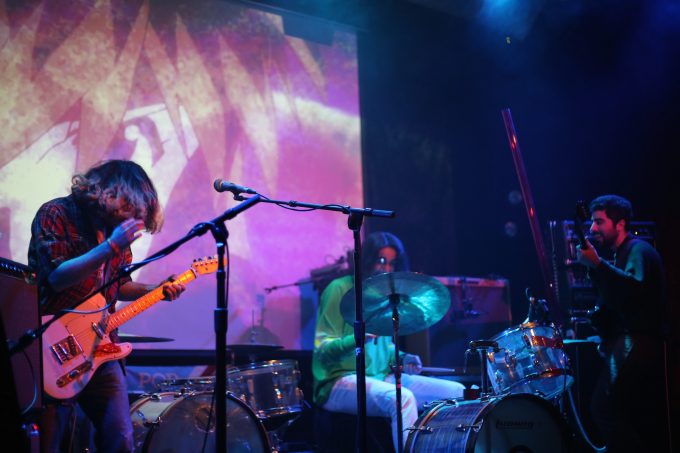 LA’s Warbly Jets moved the crowd with the groovy guitar riffs and the haunting rhythm drums of their debut single “Alive.” The echoey vocals of the lead singer Samuel Shea and the group’s massive rock’n’roll melodies create a unique genre that bends influences from the past. With their androgynous look, the band captivated the audience with their distinctive energy on stage. 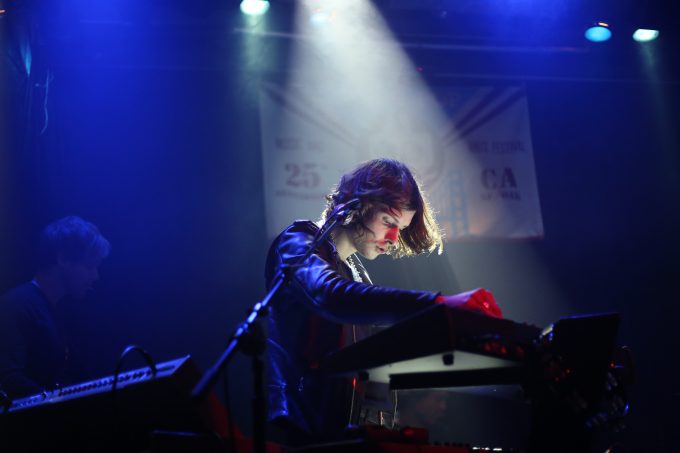 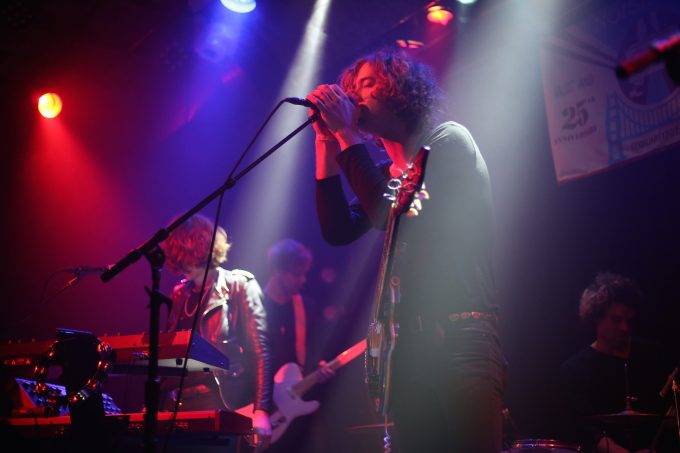 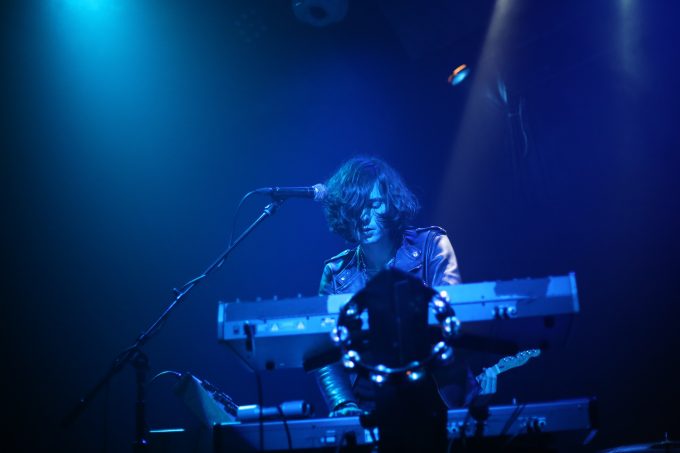 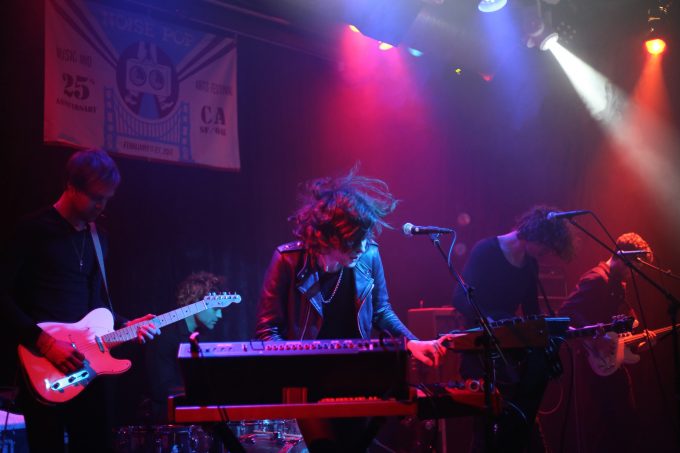 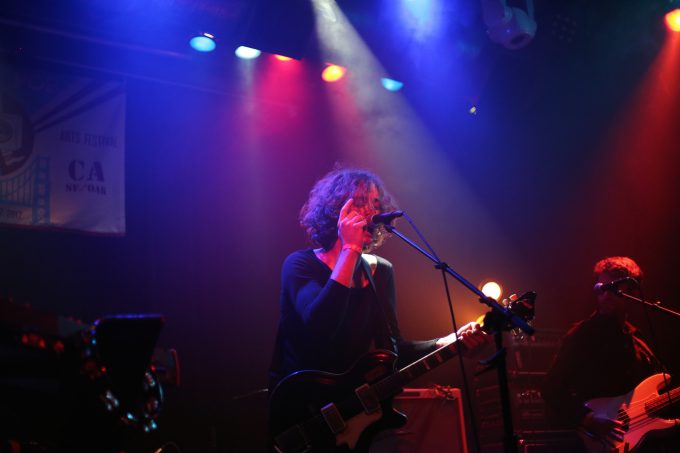 This Southern California-based group charmed the audience with the tunes off of their debut EP “For Now Not Forever”, due out September 2nd. Their singles “Moment Goes” and “In the Wild” were crowd favorites. With their alternative riffs and the infections and interactive the vocal performance from singer and guitarist Bryan William, the stood out on this four band bill. Describing their music in only a few words, the band defines itself as “Inclusive, good vibes and dark sexy glamour”. 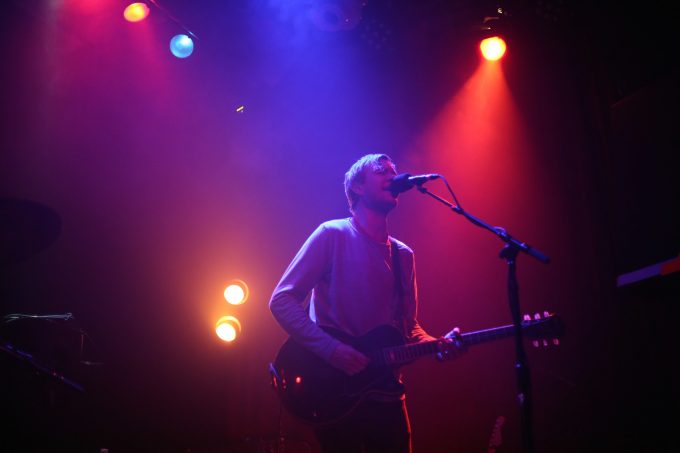 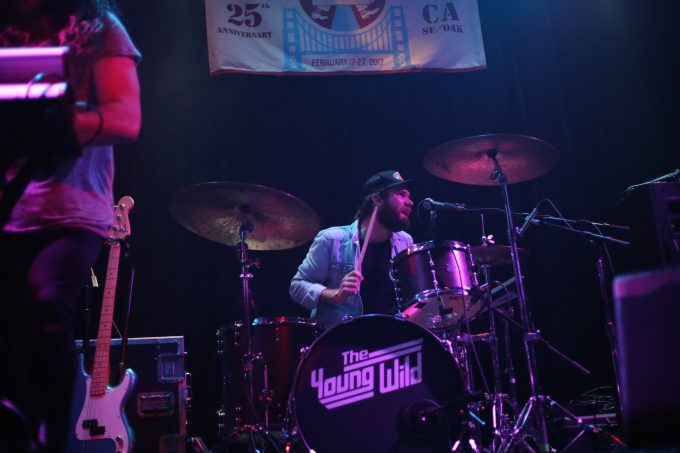 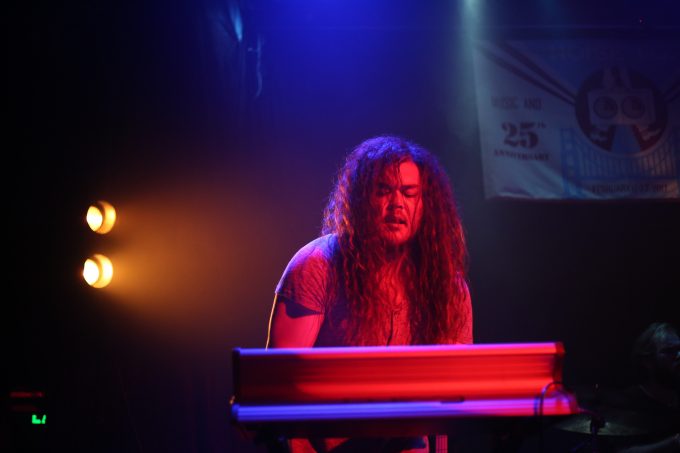 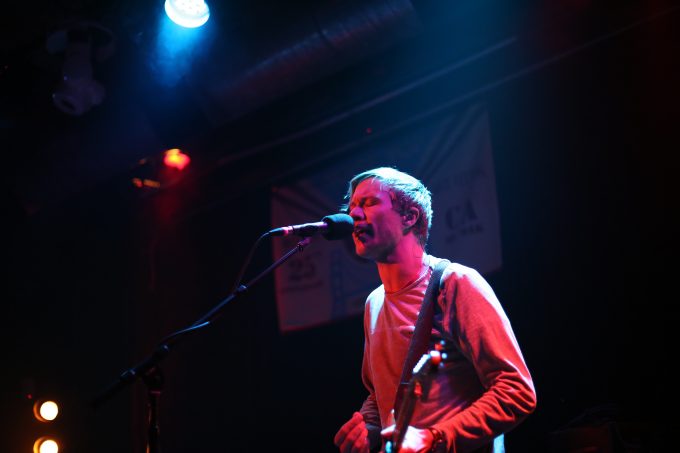 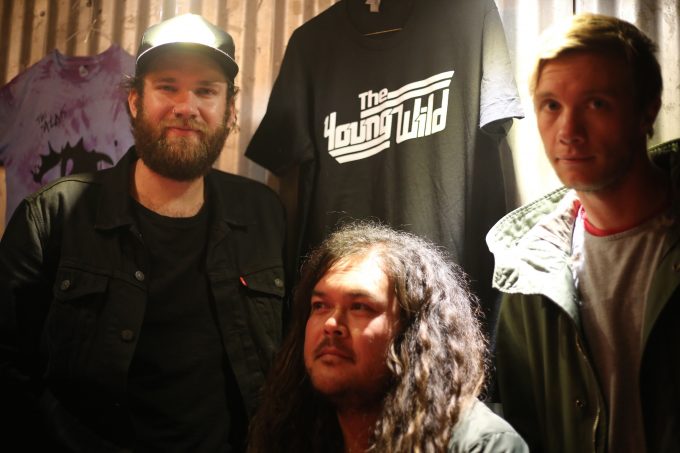 This set was simply brilliant! The Palms from Los Angeles are masters of melding pop music with elements of blues, hip-hop, rock and reggae. They had the audience under their spell with the first few notes of “Push off.” A breath of fresh air, the band connection with the audience on many levels, but it was Ben Rothbard’s voice that transported the room directly into another realm. The crowd danced as one. Rothbard described their music as “Legit music and Magic’stic” — and I think he hit the nail on the head. 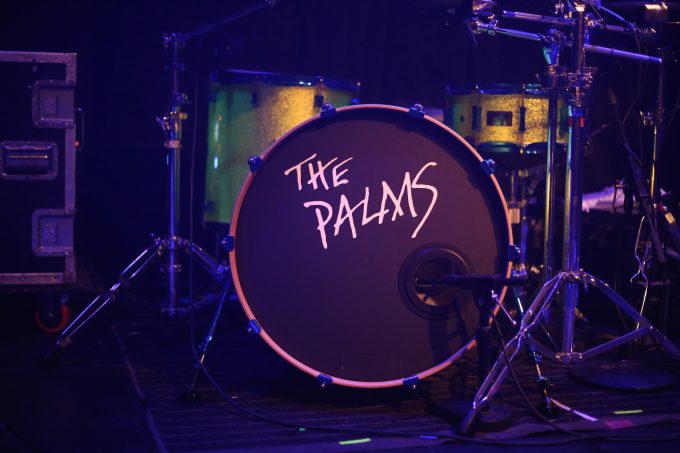 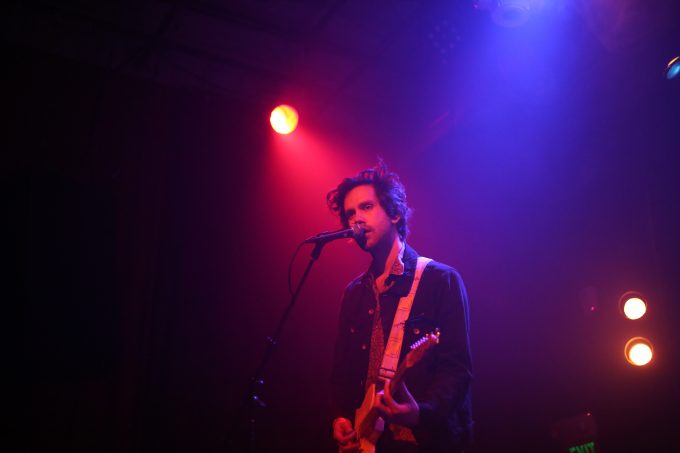 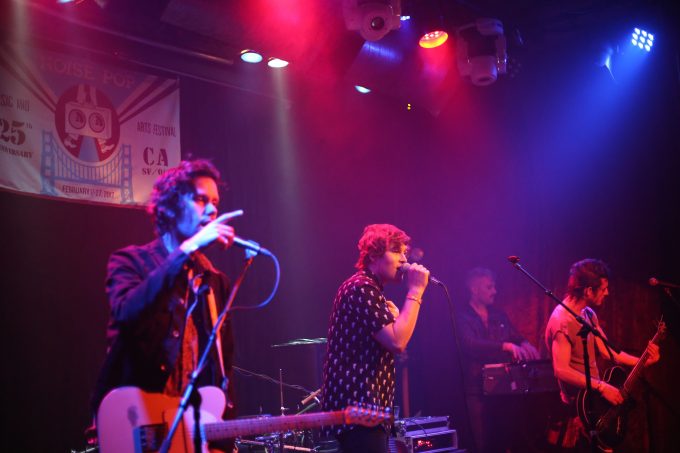 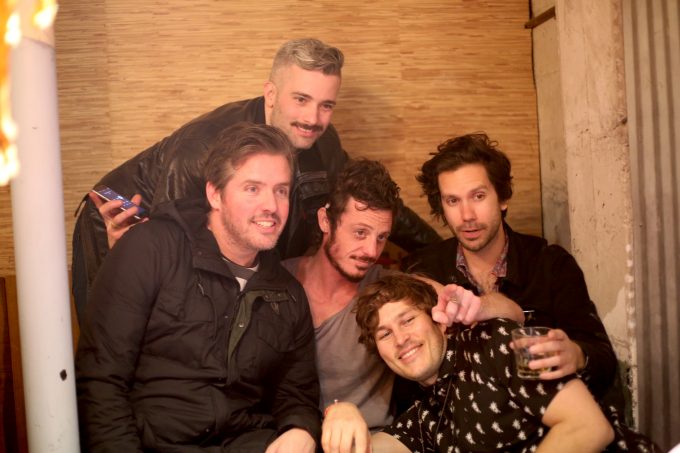