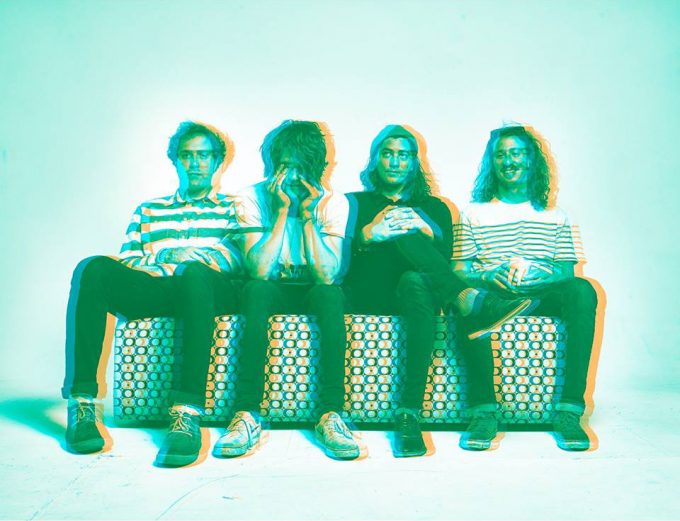 Since forming in 2015, the Denver-based band Flaural has quickly managed to establish itself as a dedicated group with an uncompromising work ethic–regularly touring and releasing two EPs with an LP on the horizon.

Comprised of singer/bassist Collin Johnson, guitarist Noah Pfaff, drummer Nick Berlin and multi-instrumentalist Connor Birch, the group’s sound, an intelligent blend of woozy atmospherics and propulsive rhythms, is a clear reflection of likeminded individuals collectively pushing themselves to create something that’s representative of where they’re at in their lives.

All hailing from the West—Denver, Boise and Steamboat Springs, Colorado, to be exact—Flaural is a fairly young band with strong ties to its hometown’s music scene, that frequently feels the love and limitations of Denver.

“I think the Denver music scene has a good number of strengths and weaknesses right now,” says guitarist Noah Pfaff. “And I honestly don’t mean that in a bad way.”

Pfaff adds that Denver is so full of dedicated and talented musicians that the city can seem slightly stifled by its own music industry resources, “There’s a limited amount of options at a certain point when it comes to releasing music and playing shows.”

The low number of record labels based in Denver is a possible reason why the city doesn’t have a strong reputation as a top tier music center, Pfaff notes.

“If there was one thing I’d like to see, it’d be a stronger label scene in Denver,” Pfaff says. “It’s crazy how much different it is out in San Francisco or LA.”

That being said, Flaural is embedded in the Denver music scene and the larger arts community, with a practice space in the hip Uptown neighborhood, oftentimes finding musical inspiration in unassuming and casual settings.

Pfaff says lot of Flaural’s musical influence comes from just hanging out with friends in Denver, sharing and listening to music.

“Denver’s got a good ear,” the guitarist notes. “I love just biking around the whole city—headphones in.”

Though the group has often felt hindered somewhat by the musical infrastructure of its hometown, it finds solace on the road, in particular the San Francisco Bay Area, where the group has found time to record material in a friend’s house in the Oakland hills.

Currently in the midst of a March tour that will see the group play in San Francisco as part of the Eventseeker Presents concert series at the Elbo Room on March 28th, Pfaff says Flaural is excited to be playing in a town that has treated it so well in the past.

“San Francisco has a special place in my heart, so I’m really looking forward to going back.”