SF Outside Lands music and arts festival will take place from August 12-14 2011 in Golden Gate Park and features an impressive lineup including Muse, Arcade Fire, and MGMT. While there is plenty of good music to be heard during the day, festival goers can continue to enjoy the music into the night with the Outside Lands night shows! These night shows, consisting of Best Coast, Eskmo, The Original Meters, Arctic Monkeys, The Vaccines, Vetiver, STS9, and the Warren Haynes Band, will start on Wednesday August 10th and continue through Sunday the 14th. 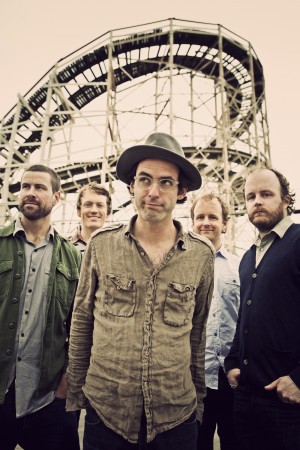 Kicking off the night show extravaganza will be Clap Your Hands Say Yeah. Based out of Brooklyn and Philadelphia, CYHSY was formed in 2004, when the members met as students and roommates at Connecticut College. The band has risen to success thanks to the internet and music blogs. Made up of vocalist Alec Ounsworth, guitarists and keyboard players Robbie Guertin and Lee Sargent, bass player Tyler Sargent, and drummer Sean Greenhalgh, this band produces music with a unique sound. The interesting and original vocals combined with eccentric instrumentals and melodies make for a great listening experience that is sure to make you feel happy and upbeat.

CYHSY enjoyed their first wave of success in 2005 when they self-released their debut album Clap Your Hands Say Yeah. It went viral, earning them attention from all sorts of music blogs and even a “Best New Music” review from Pitchfork Media. The high demand for the album launched a signing with Wichita Recordings in the UK. The band enjoyed Cinderella story success, selling nearly 20,000 copies of their first album without a PR agency or US record label. Their sophomore effort titled Some Loud Thunder was released in 2007 and provided fans with more good music. While they have taken some breaks to work on other things and pursue individual endeavors, they are back for their third album, Hysterical, which will be released in the U.S. on September 20th.

The CYHSY night show will be on Wednesday August 10th at 9pm at the Independent. If you want to see an awesome show in an intimate venue, make sure to get your tickets!