Welcome to the Bucket List, a new feature here on the eventseeker blog, in which one member of the eventseeker team writes a little something that’s out in the world that he/she must absolutely experience before leaving this mortal coil. Conversely, you will likely see some entries that feature stories of bucket list items that our team may already have experienced. First up is a little something about five European music festivals that I’ve had my eye on.

As I said in my recap of this year’s edition of Coachella, the festival’s promoters, Goldenvoice and AEG Live, have a sweet tooth for house music and most all electronic dance music (EDM) for that matter as well. It’s something that my friends and I are so very thankful for. Following my first Coachella in 2009, I began to yearn for more festivals, and traveling in general. While I consider Coachella to be the best music festival in the United States, I’ve ambitions to try as many other domestic festivals as I possibly can. That definitely includes this year’s edition of Lollapalooza and maybe even SF Outside Lands. But, as big as the U.S. is, there is an even bigger world out there. I froth with excitement for just a chance to experience just one music festival abroad. Alas, I’ll be the first to admit that my eyes have almost always been bigger than my stomach, so here are five. 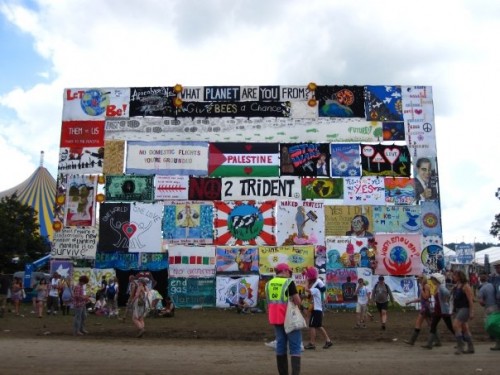 A large mural at Glastonbury 2009. Photo by Alisha Francisco.

This is the “big bad,” the “motherload,” and whatever other way you want to phrase it. Glastonbury is the festival I most want to experience. Back in 2009, a few friends had traveled over the Atlantic to meet up with a few English friends who were already seasoned Glasto-veterans. With a lack of sufficient funds, I obviously didn’t make the trip. My friends that did go often reminisce about their memories of that trip, and in turn, it reminds me of my missed opportunity on a great experience. Aside from the fact that Glastonbury is arguably one of the biggest music festivals in the world, I simply want to make up for the fact that I should have and could have made it all happen back in 2009. Writing this piece feels like a sting to the neck because this year’s edition of Glasto just wrapped up a few weeks ago. One of these years, I will make it out to Worthy Farm and sing and dance in the mud.

Year in and year out, the organizers of Pukkelpop map out an amazing and varied lineup of artists. The Pukkelpop lineup in 2006 included headliners Massive Attack, Radiohead and Daft Punk. Now that is one very stacked set of headliners. I caught the festival bug in 2008/09, so seeing that lineup at the time just about made my brain explode. In fact, it still does every time I think about it. No matter what year I finally try to make it out to Belguim, I’m pretty sure I will be more than pleased with the entire lineup. It’s a statement that I’d be more than happy to take to the bank. Pukkelpop is customarily held in mid to late August, and my birthday is in mid-August. I can’t think of a better way to ring in another year than to celebrate in Belguim.

Creamfields is a raver’s paradise. If you love EDM as much as I do, then I double dog dare you not to smile, smirk or grin while watching this video set to Martin Solveig’s “Hello” that announces this year’s Creamfields lineup. The song itself just evokes happiness, and in so doing, makes me want to be there. I went to Electric Daisy Carnival (EDC) in Los Angeles last year and to other raves, massives and other similar events that are heavy with the EDM, but Creamfields just seems like it’s on a whole other level. I liken it to being a cross between Coachella and EDC, but with its own English-twist. For three days straight, a stream of EDM is constantly flowing into your eardrums as you camp in luscious green forestation in Daresbury, Cheshire, England. Other Creamfields festivals have been held throughout the world, but this particular setting is where I hope to someday be in the not too distant future. Like Pukkelpop, Creamfields is held in August. I doubt I’d ever be able to handle these two festivals back to back, but certainly anything’s possible.

Attending a music festival is like running a marathon. It is a rule that everyone learns pretty quickly. I feel like I would need to remind myself of this rule while at Sonar more than any other festival. The festival is a multimedia extravaganza consisting of film, animation, music and a heck of a lot more. The music lineup features top notch talent from front to back, and like Creamfields, Sonar is always absolutely stacked with great EDM mainstays like Chemical Brothers, Aphex Twin and Boys Noize. Showcase events are sponsored by the likes of BBC Radio 1, Red Bull Music Academy and others. The parties last until late, late into the night. Or early in the morning, depending on how you look at it. 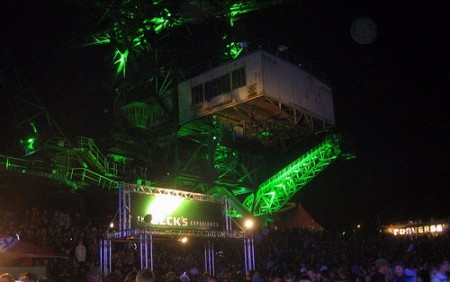 Most all festivals these days have art installations scattered around their festival grounds. It is something to be expected. It is also something that intrigues me about the Melt! Festival, because for the better part of the Melt!’s 14 year existence, the German based festival has been held at Ferropolis, an openair museum dubbed “The City of Iron” with machines of all large sizes. Some quite huge. Melt! is no slouch compared to the four other festivals listed above. The festival is heavy with rock music as much as it is with dance music. Similar to how Sasquatch attracts festival-goers with the Gorge Amphitheater that overlooks the Columbia River in George, Washington, Melt!’s locale is equally important to drawing music lovers to the festival. Past lineup standouts have included Chromeo, Oasis and Ladytron.