The Bay Area is full of good electronic dance music (EDM) in the month of September. This past weekend saw Ed Banger Records’ SebastiAn roll through town with a stop at Mezzanine with an extraordinary set. Next week sees the return of LovEvolution after a year hiatus. Electronic music revelers will celebrate the return of the annual afterparty of the LovEvolution parade at the Oracle Arena in Oakland with Moby, Laidback Luke and Dash Berlin among others. One of the best EDM venues in San Francisco is the Mighty, where I’ve had the opportunity to watch Boys Noize on two separate occasions. Crookers will be ending their current U.S. world tour there, in what I hope to be a likewise awesome show. 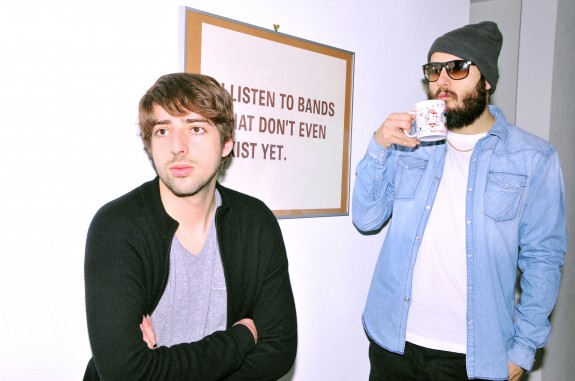 Crookers is made up of Bot and Phra, two DJs/producers from Milan and Lake Orta, Italy respectively. I discovered Crookers at their amazing Coachella 2009 set when the duo was still riding high off their remix of then relatively unknown Cleveland-born rapper Kid Cudi’s “Day N Night.” The remix had such huge crossover appeal that it helped not only the song but Cudi himself reach mainstream popularity.

The duo has dabbled in multiple genres, but they have gained most of their notoriety through specializing in fidget house. The fidget sound that Crookers has carved for themselves is equal parts American hip-hop, some really, really dirty bass, and glitchy/cut-up four to the floor rhythms. I’ve always, always likened fidget house to punk rock. Both genres, especially when performed live, are a really intense experience. Naturally, each genre has its differences. A live punk show compels you to take the nearest chair and thrash it into little itty bitty pieces, but there is almost always a good rhythm amid the chaos. Channeling punk rock’s infectiously destructive energy, good fidget will not only make you want to shuffle your feet, but will also make you create craters on the dance floor in the process.

Aside from remixing Cudi, Bot and Phra have also collaborated with Kanye West and A-Trak‘s protégé on “Embrace the Martian,” a track that is another club banger in its own right. Among others, previous Crookers collaborators include Yelle, Kelis, Miike Snow, Rye Rye, and Major Lazer. Crookers and their special brand of dance music is a type of filth that I don’t mind digging my mitts into, and their show at the Mighty is sure to be a blast.