Last Saturday at Mezzanine, Ed Banger Records’ SebastiAn headlined with a live set that showed off his signature hard, crisp, glitch-heavy French-electro sound. I had been yearning to see SebastiAn for quite some time. The openers for the French-house DJ were three acts local to San Francisco: Niteppl, Realboy and Nisus.

Local EDM label Our House Records, who co-promoted the event with Blasthaus, was founded by Realboy. As a band and label, they are heavily influenced by the French-house sound that SebastiAn and the entire Ed Rec Crew are synonymous with. It’s also a genre of dance music that I hold very near and dear to my heart, and it goes without saying that my anticipation levels for the evening were quite high. 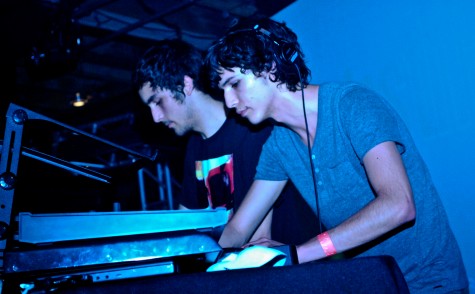 Niteppl, an electronic-dance band, were close to finishing up their set as my friends and I arrived, and had already gotten the crowd into a nice little sweat. Following them up was their label mate, Realboy. I caught a portion of Realboy’s set at Milk Bar a few days prior, and liked what I heard. At Mezzanine, their DJ-set was a gloriously endless stream of thumping house beats with sprinkles of well-meshed distorted electro here and there. Although Realboy members Daniel Gomez and Austin D. Jacobsen aren’t old enough to purchase an alcoholic drink at any of the Mezzanine’s bars, they should be commended for their knowledge on how to properly DJ a party. 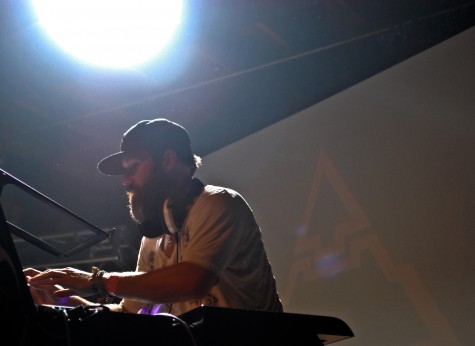 I had seen Nisus open for Boys Noize on two separate occasions, and just like before, he incited a whole lot of dancing at Mezzanine. Not only did he drop his sweet re-edit of Duck Sauce’s “Big Bad Wolf,” he did so whilst sporting one gnarly looking beard. Nisus was also sporting a San Francisco Giants cap, and I’m sure others in the crowd had the same reaction I did when he first came on stage: “the heck is Brian Wilson doing up there?” It will be really fun to see him spin again this weekend when he opens up for Crookers at the Mighty. 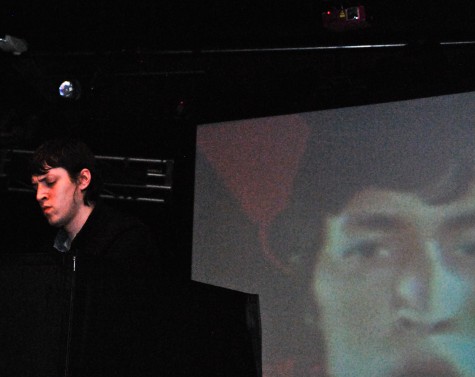 At well past midnight, SebastiAn finally took the stage. With a big video screen behind him, and banners bearing his name flanked on each side of the stage, the centerpiece of his live setup, naturally, was his podium right up front. All of these visuals combined gave off the image that SebastiAn was our commander, wielding some kind of awesome, absolute power; dare I say like some kind of dictator.

Already amped, the crowd roared as soon as SebastiAn appeared from behind his podium — it was evident that we had already accepted him as our leader. After all, we did his bidding and danced to his music all night long. Occasionally taking drags from a cigarette or sips of a drink out of a whisky glass, SebastiAn would acknowledge the crowd by raising one or both arms in the air – sometimes with a hardened look, sometimes with a grin from ear to ear. The crowd would go ape-shit and follow suit. 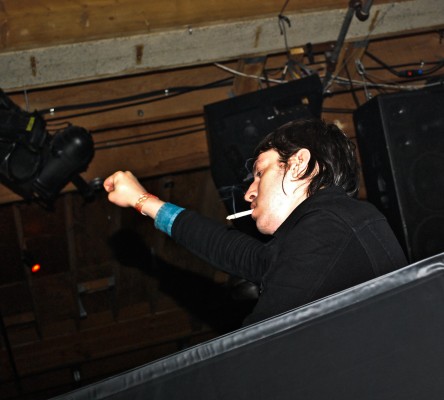 I don’t smoke. I don’t even know how to take a proper drag, but goodness gracious, the man knows how to make smoking and taking a drag look damn cool. Also not seen were the instruments that gave SebastiAn his power. Hidden behind his podium, he kept the secrets of his trade to himself. If there was one quibble that let me down, it was the omission of three tracks: “Embody,” “C.T.F.O.” and “Motor.” The first two being his lead singles off Total, his debut full length album, and “Motor” being what many fans, myself included, would consider their favorite track from him. Oh well. 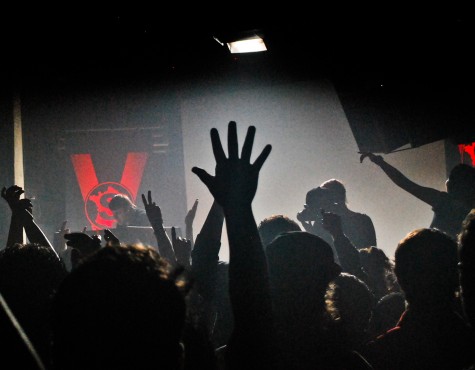 I can’t fault SebastiAn too much. I did swoon, and buckle over with joy when he played “Ross Ross Ross,” “Dog” and “Greel.” Just like his label mates Justice, Busy P and the rest of the Ed Rec Crew, as well as those other French DJs with a master flair for the French touch, SebastiAn is a master showman and what you got that night from SebastiAn was one heck of a show.