We hereby present our new column–the Art Top 5. Every month we will publish a list of exhibitions or art events in the SF Bay Area that we find the most interesting. Our first column will be dedicated to photography, since this fall is going to be rich with good photo exhibits.

The CCA Wattis seems hell-bent on exploring America’s psyche. In the recent past it staged a series of shows focusing on particular states (“Americana: 50 States, 50 Months, 50 Exhibitions”) as well as exhibits dedicated to American literary classics such as Moby Dick and Huckleberry Finn. “More American Photographs” is a no less ambitious undertaking: the CCA Wattis asked twelve contemporary artists to follow the footsteps of Walker Evans, Dorothea Lange and others who documented rural poverty as part of the Farm Security Administration’s Depression-era photography program. The “lineup” of those who were chosen to picture the precariousness of 21st-century American life varies wildly: from Martha Rosler, whose name is associated with razor-sharp social critique, to Larry Clark, who is famous for his sleazy photos of youngsters on the loose. The contributors’ list is indeed a “who’s who” of contemporary US photography, featuring also Catherine Opie, Stephen Shore, Katy Grannan, and Alec Soth. I am particularly interested in what the latter came up with, knowing his gift for spotting madness in seemingly insignificant stuff. A number of works by the FSA photographers will also be presented. 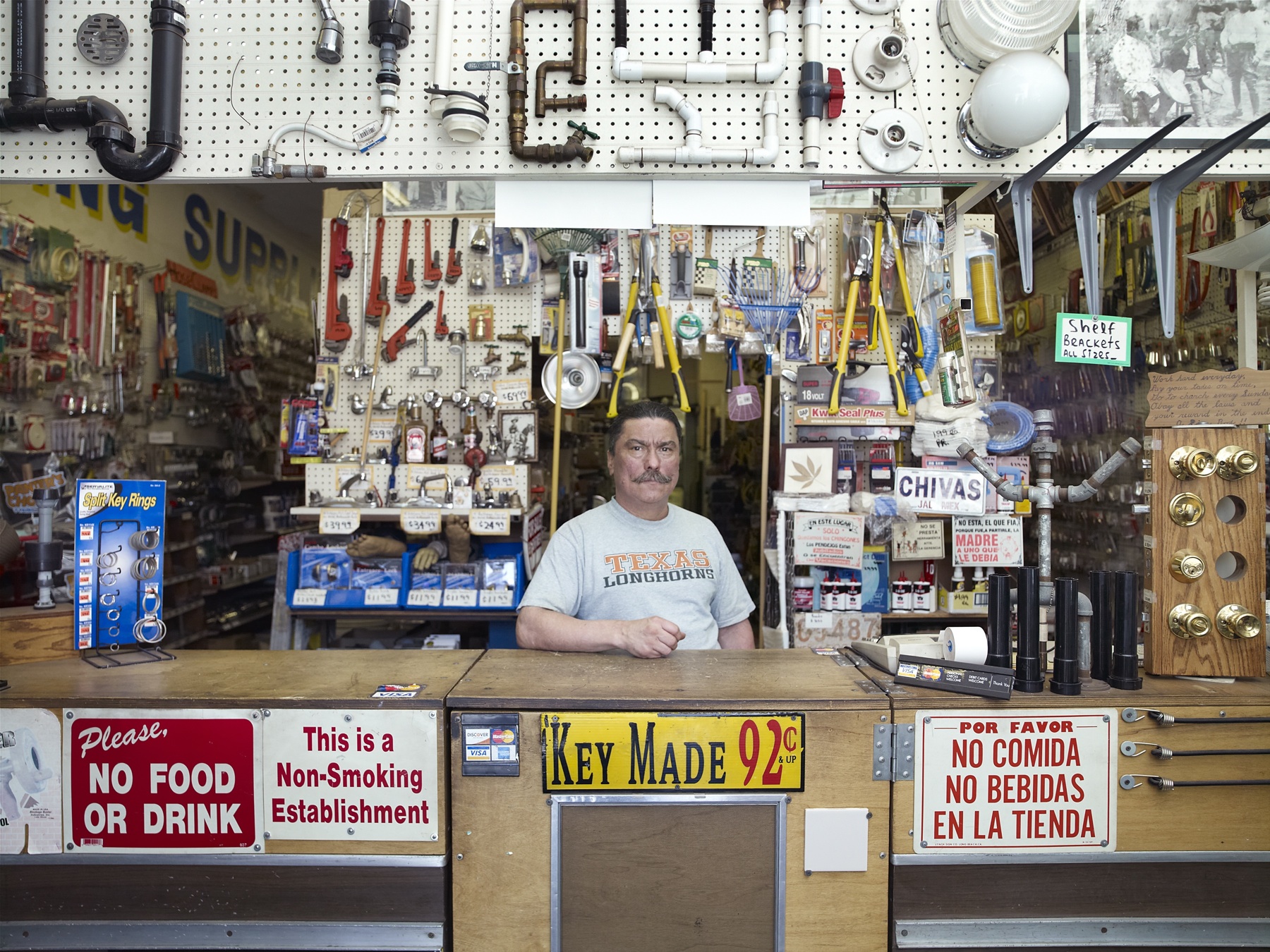 Creepy masks and Zen philosophy aren’t obvious bedfellows. Happy family life in the American South and a highly enigmatic photographic practice aren’t either. But Ralph Eugene Meatyard (1925-1972), who worked as an optician in Kentucky and created puzzling, Zen-inspired images of family members in Southern Gothic settings, somehow managed to pull all those threads together. In his lifetime, Meatyard was not a well-known artist–his works were mostly exhibited not in galleries, but on the walls of his optometry shop. He is still under-recognized, so the forthcoming “Dolls and Masks” show at the de Young is most certainly welcome. On view will be more than fifty pieces. 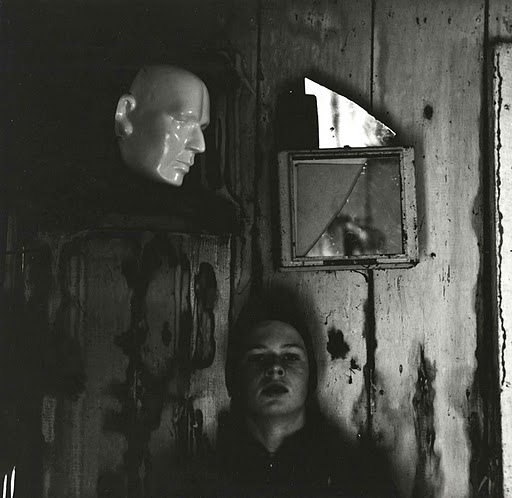 The first time I saw Misrach’s work was at San Francisco’s Fraenkel Gallery. It was a huge print of an image of intertwined tree branches, shot in such a way that every tiny detail was visible. That was maddening and quite over-the-top. The second time I came across the name Richard Misrach was in a book, Dead Cities by Mike Davis, when the author, a noted historian and social critic, talks about his grisly pictures of animal corpses piled up in the Nevada desert where nuclear testings take place. These are roughly the two poles between which Misrach’s work revolves. Following the tradition of such practitioners as Ansel Adams, he presents landscape photographs of great formal beauty while explicitly referencing natural and human trauma. This October, the Berkeley Art Museum and the Oakland Museum of California are both opening exhibitions of his “Oakland-Berkeley Fire Aftermath” series, with most of the pieces never before seen by the public. Also, the Berkeley institution is preparing a small retrospective of the photographer’s oeuvre. 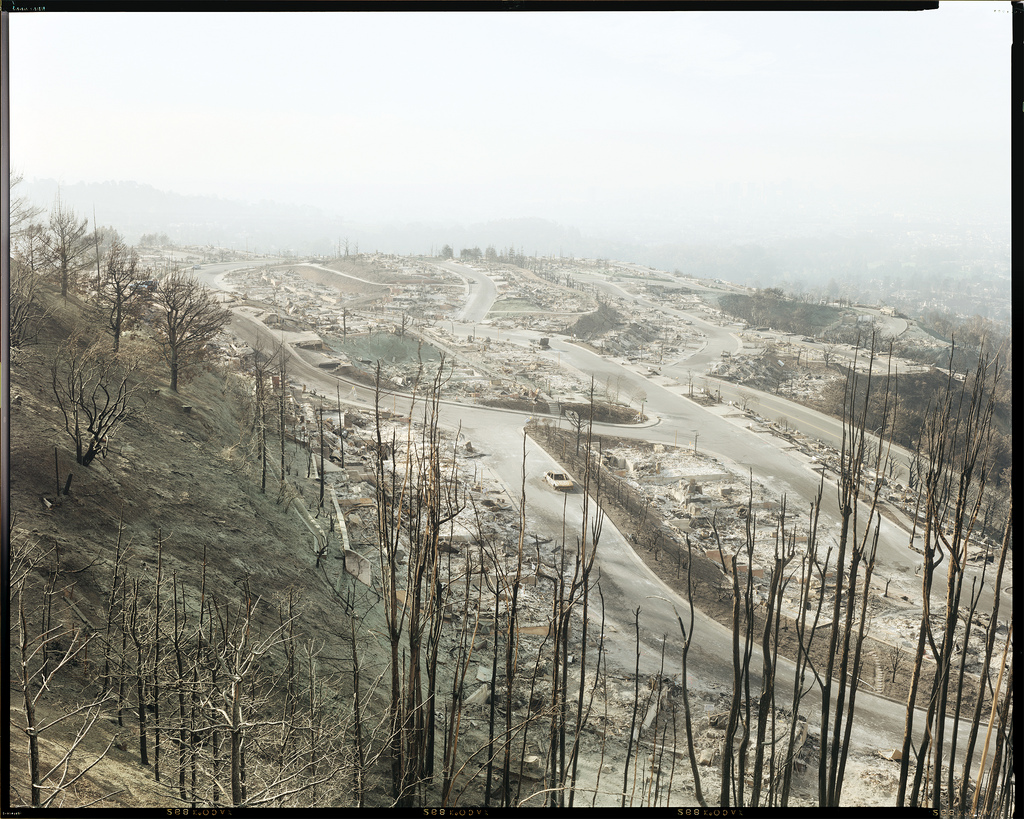 Ari Marcopoulos likes to shoot graffiti, art books, urban grit, and skinny young countercultural types. Such aesthetic preferences are not uncommon among photographers nowadays, and it’s partly his fault – Marcopoulos started taking pictures of New York bohemians at the beginning of the 1980s, so he is one of the elders. His art lacks flashiness, showiness, or excessive emotionality–it styles itself more as a casual everyday observation, which is part of its appeal. Marcopoulos also creates black-and-white abstract photographs on newsprint. Examples of that, as well as representational pieces, are currently on view at the Mission district gallery Ratio 3. 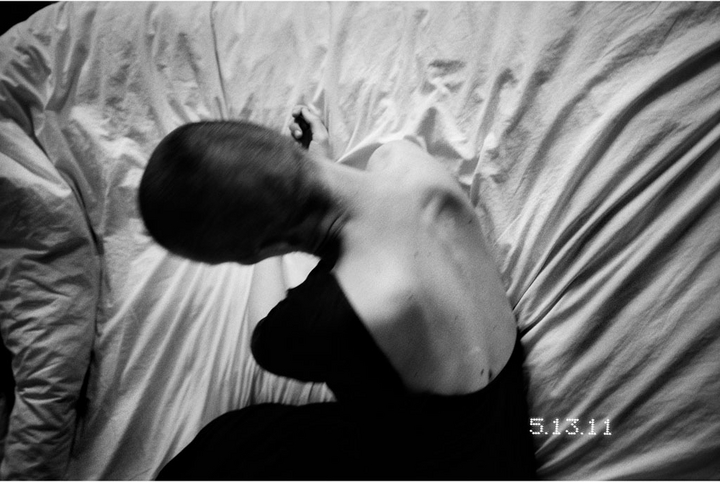 Here’s a reason for you to enter that silent fortress, the 49 Geary gallery building. The Robert Koch Gallery is showing images of forgotten corners of Hungary, shot by photojournalist Tamás Dezső. His photographs are melancholic and solemn, but he does not place his subject matter in an out-of-time state. By choosing what to portray as desolate ruins (Communist-era blocks of flats, remnants of an unnamed Modernist structure, an abandoned factory), Dezső makes an implicit reference to the conflict between the socialist past and the capitalist present. Often the effects of political perturbations can be most strongly felt far away from the centers of power, in the most nondescript places.

Let us know your thoughts! We’d love to hear from you. Let us know what you think! Follow us on Twitter and like us on Facebook to give us a shout. You can also stay on top of exciting events from around the world by downloading the eventseeker app for iPhone, Android or Windows.