September 28, 2011 will go down as one of the craziest nights of baseball in the game’s rich history.

Four teams were competing for two playoff spots. The Atlanta Braves and the Boston Red Sox were trying to avoid the biggest September collapses in baseball history. The St. Louis Cardinals and Tampa Bay Rays, who were thought to be dead at the beginning of the month, were trying to complete two of the most improbable comebacks. 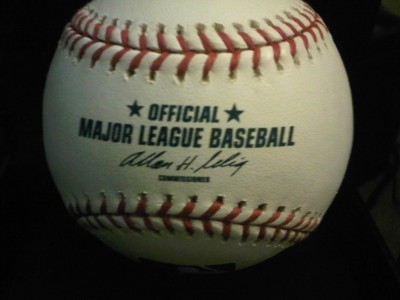 The Rays were nine games behind the Red Sox on September 2, but after a collapse of epic proportions by Boston (7-19 in September) the race was tied up going into the final game of the season. The Rays found themselves down 7-0 to the New York Yankees, but scored six runs in the bottom of the eighth inning to cut the lead to one. Down to their last strike of the season, Dan Johnson hit a home run to tie the game and send it into extra innings.

Meanwhile, the Red Sox were leading the Baltimore Orioles 3-2 going into the bottom of the ninth. Closer Jonathan Papelbon struck the first two Oriole hitters out and got two strikes on Chris Davis. But the Orioles wouldn’t go down quietly. Back to back doubles followed by a Robert Andino single, and the Red Sox had suddenly lost the game. In just moments, they had gone from a team in the driver’s seat, to one that needed the Rays to lose for any chance at postseason baseball.

Not even five minutes after the Boston game had ended, in the bottom of the 12th in Tampa, Evan Longoria hit his second home run of the game. The blast capped off an incredible comeback, gave the Rays the win, and sent them into the postseason.

In the National League, the Cardinals and Braves were also tied at the beginning of the day. St. Louis cruised to an 8-0 victory over the Houston Astros. The Braves, who were 8.5 games up on the Cardinals on September 5, needed a victory to force a one game playoff for the right to represent the National League as the Wild Card. Up 3-2 in the ninth inning, the Braves were one out away from a win. But dependable closer Craig Kimbrel gave up the tying run, and the Braves went on to lose 4-3 in 13 innings.

In the four games, there were three blown saves, two extra inning games, and two walk offs. Three teams were within one out of victory. All of them lost. Most bizarre of all, Red Sox fans were rooting for the Yankees to win. Not your typical night of baseball.

With that kind of lead up, I can only imagine how crazy things will be in this year’s playoffs. Here is a quick breakdown of each team and their chances of taking home a World Series title. 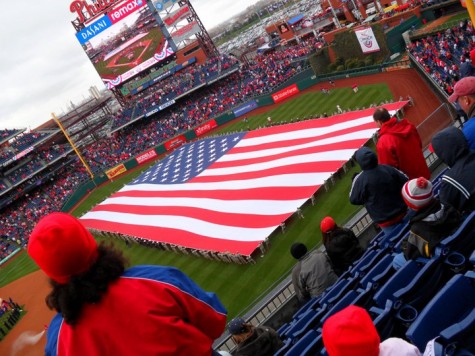 The Phillies have to be the odds-on favorite to win the World Series. They arguably had one of the best pitching staffs last year with Roy Halladay, Roy Oswalt and Cole Hamels. Then they went out and got Cliff Lee. They have home field advantage throughout the playoffs (including the World Series) and won’t have to go up against any pitching staffs like the 2010 Giants.

The Cardinals didn’t just sneak their way into the postseason. It sure helped that Atlanta suffered an epic collapse, but the Cardinals played good baseball down the stretch, winning 23 of their final 32 games. If the middle of the lineup gets hot, there’s no telling how far Albert Pujols, Matt Holiday and Lance Berkman can carry this team.

But even with these three potent hitters, Phillies pitchers will keep them in check and win the series. Phillies in 4.

The Brewers are flying into the postseason under the radar. With a capable offense led by Prince Fielder and Ryan Braun, and a deep pitching staff anchored by former Cy Young Award winner Zach Greinke, the Brewers have a good chance of surprising people. With Fielder set to become a free agent after the season, the Brewers know they need to take advantage of this opportunity.

Nobody expected this young and exciting Arizona team to be here. If anyone can teach this team about how to come up big in October, it’s their skipper, Kirk Gibson. The strength of this team resides in its starting pitching. Ian Kennedy, Dan Hudson and Joe Saunders have all pitched great for the D-backs, but are untested in the playoffs.

While it’s dangerous to underestimate this Diamondbacks team, the Brewers have a little more depth and experience. Brewers in 5.

The Yankees coasted to the best record in the American League and home field advantage through the American League Championship Series. While the Bronx Bombers have plenty of offense, even with a banged up Alex Rodriguez, their pitching is a huge question mark. After C.C. Sabathia, the Yankees will start Ivan Nova and Freddy Garcia. While they’ve pitched well this year, they certainly aren’t the ideal candidates to be starting games in October.

Detroit has one thing going for them. Justin Verlander. The Tigers will go as far as Verlander will take them. The plan is for Detroit to pitch their potential AL MVP in Game 1 and if necessary, Game 5. If Verlander continues to dominate opposing hitters like he has been all season, then the Tigers just need to find a way to win one more game in this series to advance.

Whoever wins Game 1 of this series will eventually move on. Sabathia will out-duel Verlander, and the Yankees offense will score just enough to win the game. Yankees in 4.

The Rangers have a potent lineup with Josh Hamilton, Ian Kinsler and Michael Young leading the way. But their pitching staff isn’t as deep as it was last year when they went to the World Series. The key for Texas will be Game 2 starter Derek Holland.

The Rays owe a lot of their postseason berth to the Red Sox collapse. But they also played great in the clutch moments over the last few weeks of the season and are the hottest team in baseball. Their starting rotation is second only to the Phillies.

A rematch of the 2010 ALDS, although this time the Rangers don’t have Cliff Lee. The Rays pitching will trump the Rangers offense. Plus, you can never underestimate momentum in the playoffs. Rays in 5. 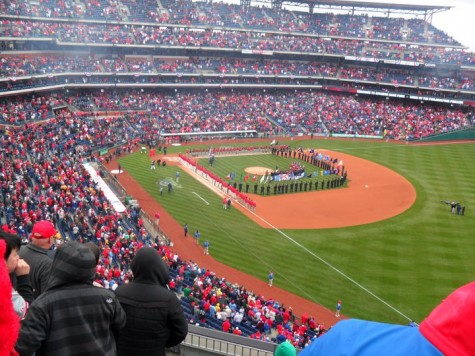 American League Championship Series: The Rays starting pitching will propel them past the Yanks. Rays in 6

National League Championship Series: The Phillies are the most complete team in baseball and won’t have a problem disposing of the Brew Crew. Phillies in 5

World Series: A rematch of the 2008 fall classic with similar results. The Phillies will once again be the World Champions after a hard fought series. Phillies in 7.

Let us know your thoughts on the MLB playoffs. Let us know what you think! Follow us on Twitter and like us on Facebook to give us a shout. You can also stay on top of exciting events from around the world by downloading the eventseeker app for iPhone, Android or Windows.