Halloween is just a few weeks away now, not that we’re counting or anything. In the coming weeks there will be a slew of TV specials about ghosts, Halloween attractions and haunted sites. We’ve weeded through the pumpkin patch of purported haunted restaurants, hotels and attractions around the country to bring you a list of the top 6-6-6 haunted locations around the United States. Most of these venues have special events, tours or haunted houses during the months of September and October.

The residence of Sarah Winchester (widow to the rifle fortune) was built with the guidance of the spirit world, with the warning that the ghosts of those who died at the hands of her family’s weapons would seek their vengeance if construction ever stopped.

Eastern State was in operation from 1829 to 1971, housing inmates in dark, solitary cells for 23 hours a day. Some of the ghosts at this prison include former guards and inmates, such as Al Capone and Willie Sutton. 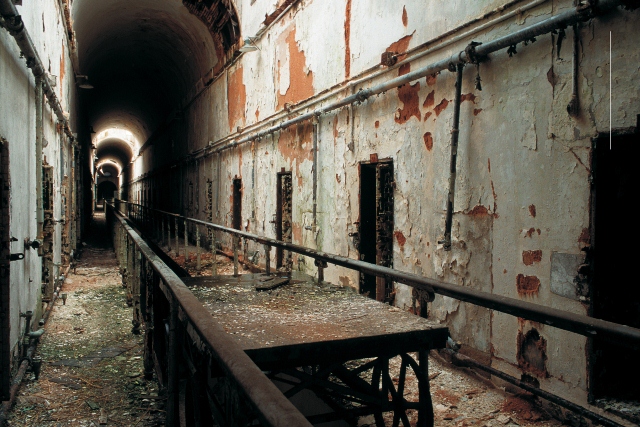 Birmingham’s Sloss Furnace is one of the creepiest sites in the South, haunted by former employees who perished under horrible working conditions. Now a museum, this landmark boasts a haunted furnace, catwalk and tunnel.

Only open from 1881 to 1889, the Bird Cage’s success was fleeting. During that time, it hosted a non-stop poker game and live entertainment. Today, it’s open for ghost hunts where visitors can try to catch a glimpse of the spirits of cowboys and prostitutes.

Old Idaho State was home to over 13,000 prisoners from the 1870s to 1970s with, surprisingly, only 11 executions. Ghosts include some rowdy, women-hating inmates as well as a friendly cat who resided there.

Throughout the house’s history, the building has been a home to the Whaley family as well as a county courthouse. The property has seen its share of suicides, hangings and murder during its 154-year history.

Best-known as inspiration for Stephen King’s The Shining, the Stanley Hotel offers its guests daily ghost tours. The hotel claims to have an extremely haunted piano that plays on its own, a spectral thief who robs guests and rambunctious ghosts of children who roam the hallways.

When in town to cheer on the Tar Heels, the ghosts of the Carolina Inn gladly greet visitors. The most frequently seen and heard is that of Dr. Williams Jacocks, who lived at the Inn for 20 years.

If you seriously don’t mind sharing a room with a ghost of a prostitute named Rose or shanghaied drunk, the White Eagle Pub might just be the best value room in Portland. The saloon opened in 1905 and still continues to whet the whistles of locals, but watch out for the ghosts in the halls and bathrooms.

The Myrtles is arguably one of the creepiest spots in the country, haunted by the ghost of a slave named Chloe who accidentally murdered a mother and two girls. Today, the ghosts of many of the former residents haunt the property, and are often captured on camera.

Back in the day, President Ulysses S. Grant used to stop by the lobby after dinner to smoke a cigar and meet the constituents who sought his support, thus the term, “lobbyist.” According to guests and staff, he still does.

This 18th-century New England restaurant and inn is purportedly haunted by Jerusha Howe, the innkeeper’s sister. Guests today leave folded notes about their paranormal experiences in nooks and crannies of the rooms as part of the hotel’s Secret Drawer Society.

From the unfinished top floor to the billiard room, the Moon River Brewing Company is one of the most haunted sites in Savannah. Bottles have been thrown at staff, a lady in white has been spotted on the stairwell, and a demonic presence reportedly haunts the basement. Be sure to try the Apparition Ale.

Virginia City boasts plenty of haunted locales, but the Old Washoe Club is the crème de la crème of haunts. The building has served as a saloon, brothel, hotel and even a morgue in colder months. Today you can saddle up to the bar for a shot of your favorite drink.

Ghosts and Cajun cuisine go hand in hand at the Catfish Plantation. Just south of Dallas/Ft. Worth, this restaurant has been open since 1984, and since then, the ghosts of the three people who died on the property have been seen on site. 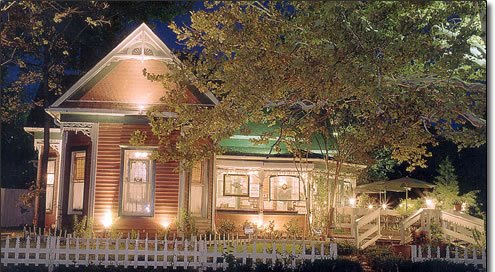 Opened in 1978, Bobby Mackey’s is a country music nightclub that claims to be a portal to Hell. The building featured in the sensational murder of Pearl Bryan back in 1896, when her decapitated corpse was discovered nearby–the head was never found. The site has been home to satanic rituals throughout the years, resulting in reports of demonic entities and poltergeists.

Located in the Hudson Valley, the Gothic style Beardslee Castle was built in the 1860s as a private residence. The entire property is reported to be haunted. Visitors reportedly see bizarre lights, a woman in white on a nearby road, the ghost of one of the Beardslee children and the spirit of a former owner who hanged himself in the entryway.

A 1958 axe murder, a 1968 fight between two homeless men and yet another axe murder in 1986 – each one took place in the same exact corner of the room. Any location that has a history that tragic surely must be haunted.

Love haunted locales just as much as we do? Let us know what you think! Follow us on Twitter and like us on Facebook to give us a shout. You can also stay on top of exciting events from around the world by downloading the eventseeker app for iPhone, Android or Windows.