As the whole Bay is probably aware, Treasure Island Music Fest 2011 is this weekend, and just like everyone else, we’re beyond excited for this year’s kickass lineup. In celebration of that, we had Julia G., Gillian H., Alexa D., Lauren E. and Katie K. pick out the bands they want to see the most. Even though all of the sets are staggered between the Bridge and Tunnel Stages, we still want to make sure you know to get your ass back on the field for the following performances. So hold your pee, pack some energy bars, and leave the ferris wheel in the Treasure Chest for later–these are the artists you need to see. For more information about transportation to and from the event, check out our earlier Treasure Island Greening post from Mat D. And, if you regret not getting your two-day passes earlier, you still have a chance to win them via the eventseekr Treasure Island Music Fest contest page.

Without further ado, here are our Top 8 Picks for this year’s festival. 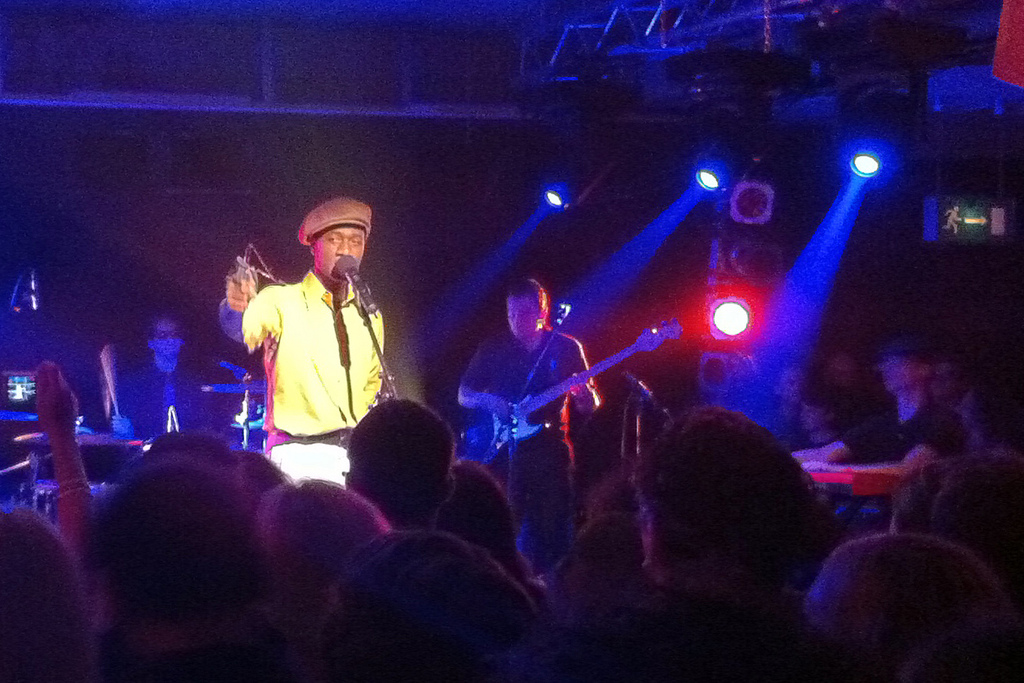 Somehow I associate all those vintage soul revivals with music that people go to for comfort. The soul music created by Aloe Blacc (of “I Need a Dollar” fame) is comfortable and ultra-tasteful without getting too gentrified and therefore annoying. It has groove as well as dignity. Aloe Blacc is also known for his soulful cover versions of unexpected songs (by Velvet Underground and Green Day), so you probably should expect that at the fest. 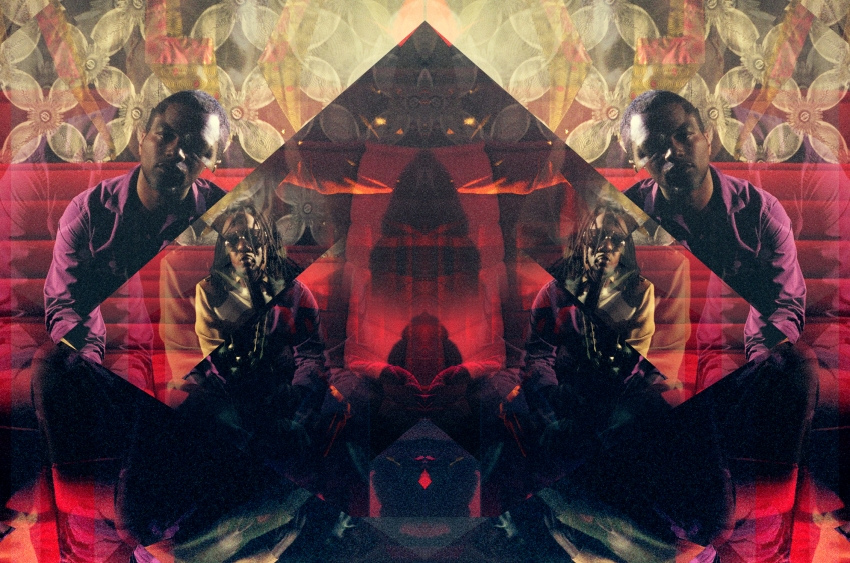 Avant-rap outfit Shabazz Palaces’ debut album, Black Up, is a tightly controlled environment: each production quirk, of which there are many, exists in precisely the right place. Consider, for example, the skillful deployment of the impossibly stretched-out vocal sample in “An Echo from the Hosts that Profess Infinitum” that creates tension and paranoia. The whole album is a maze in which it’s cool to wander alone. Live shows challenge Shabazz Palaces to prove that their slow-burning hip-hop is not only for the brain, but also for the booty. They’ve got enough low end, that’s for sure, and a fair amount of lyrical swagger to kick a few asses. So if I’m jealous of those who will go to Treasure Island (I won’t be there), this is mainly because they’ll get to experience the Palaces’ show. 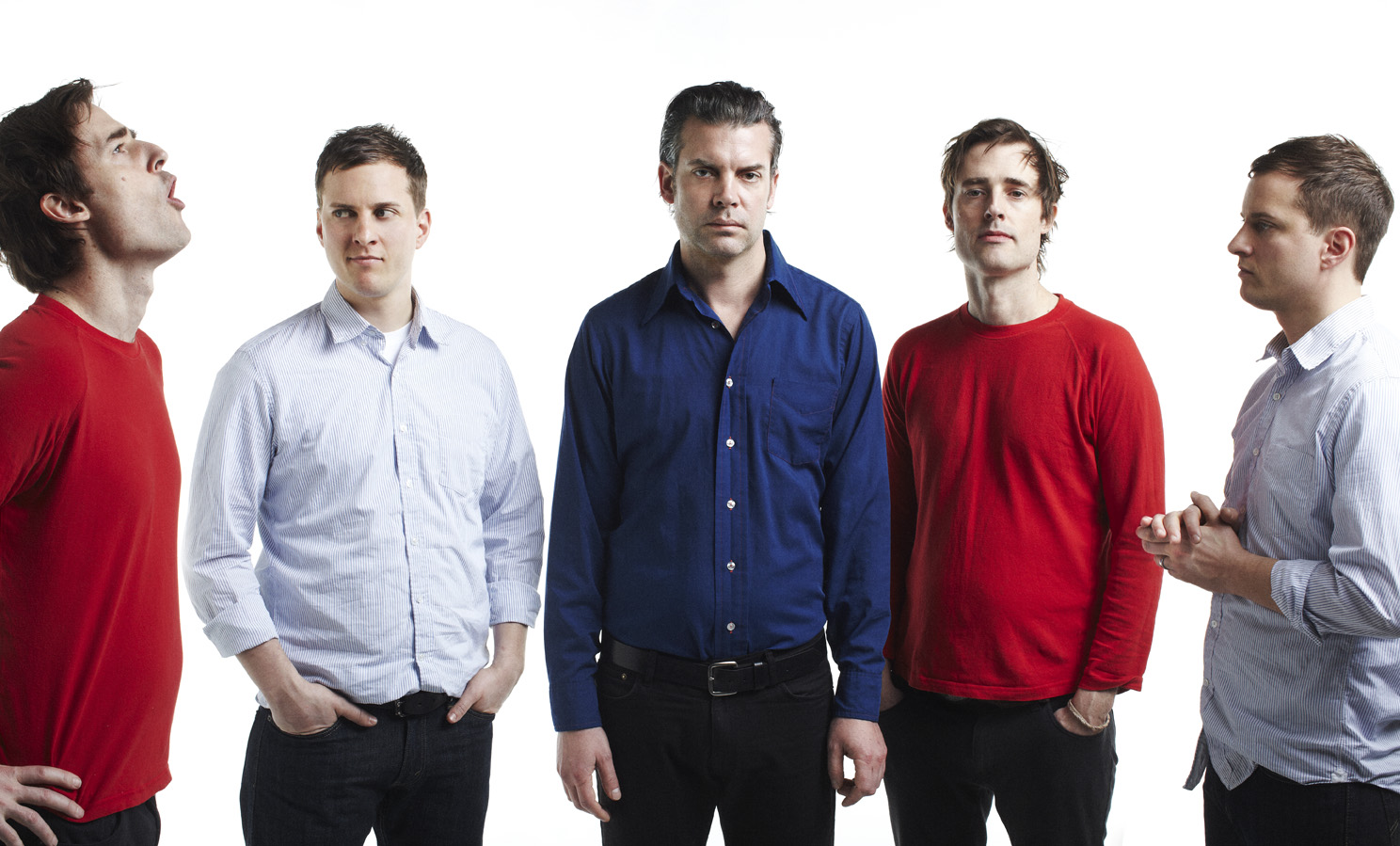 “Does Battles’ drummer have eight arms or what?!!” This remark, made by one of my friends, nicely illustrates the degree of the band members’ technical prowess, as well as their music’s rhythmic complexity. Battles’ first album, Mirrored, was a case study in how to make heavy metal machismo an obedient, drooling servant to pop. Their sophomore effort, Gloss Drop, is even poppier and shinier, without losing the sound’s muscularity or the caffeinated tempo. At their San Francisco concert in June, the audience was mainly composed of surly men in black t-shirts who didn’t want to dance–ladies, here’s your chance to claim this band for yourselves. 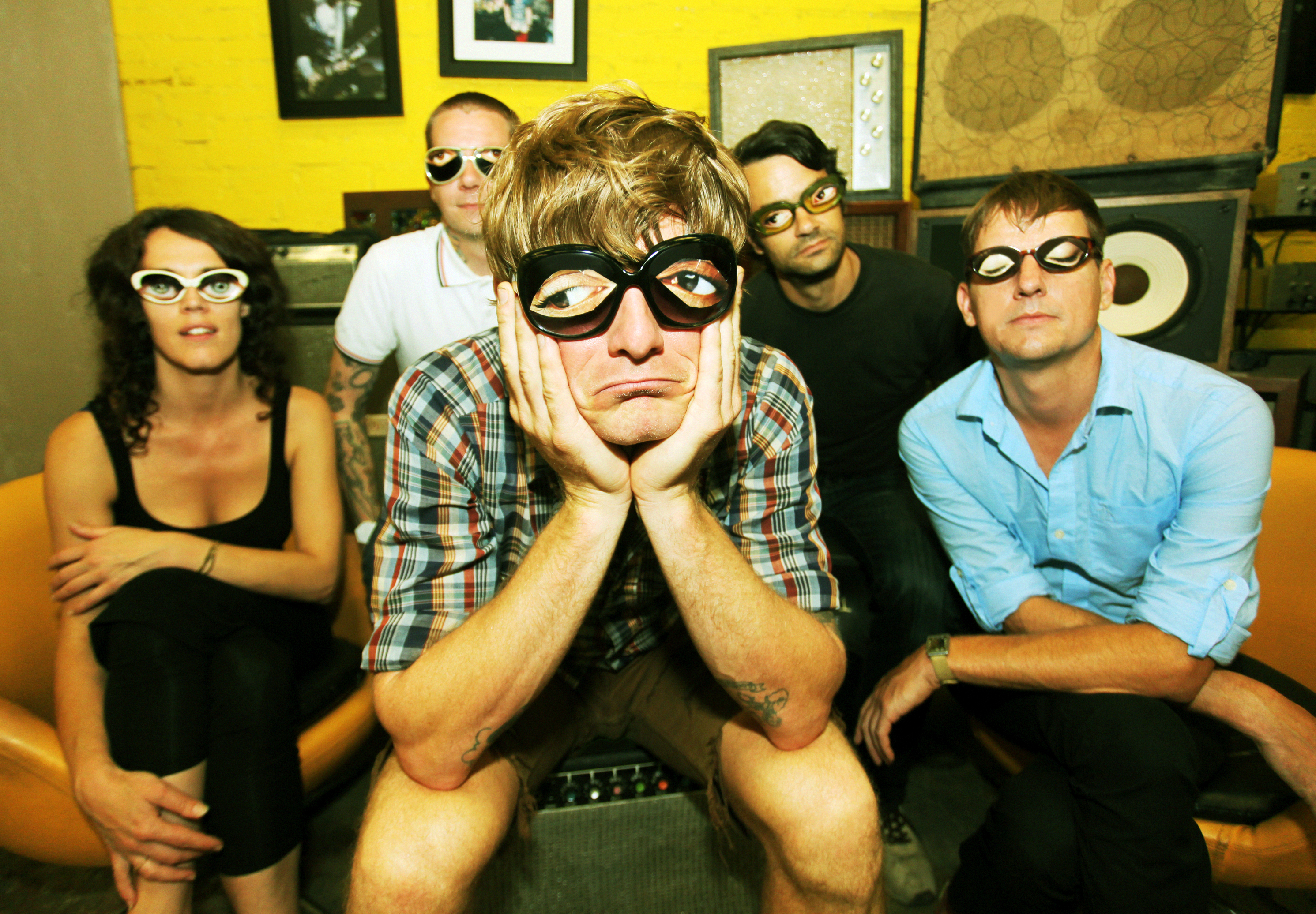 Thee Oh Sees has been one of my go-to providers of hanging out/rocking out beach tunes this year, and while San Francisco’s Indian Summer seems to have abruptly slammed on the brakes, its crashy yet chilled-out sound might just bring back that sun-drenched, beer-soaked feeling for 40 minutes. (And who knows—it might be 80 degrees and sunny again by this weekend!) With echoes of British punk woven into the art-rock harmonies and snarky lyrics, Thee Oh Sees takes parts of bands you’ve heard before and cannibalizes them into something completely new and oh-so-Californian–a laconic, up-to-no-good suburban garage rocker transplanted into San Francisco chic. While I’ve never seen them live myself, I’ve heard all the right things: sweaty, thrashy, all out rock and roll. Their set is sure to bring San Francisco out of its perpetual, purgatorial autumn and back into the endless summer that so many non-Californians envision of the Golden State. 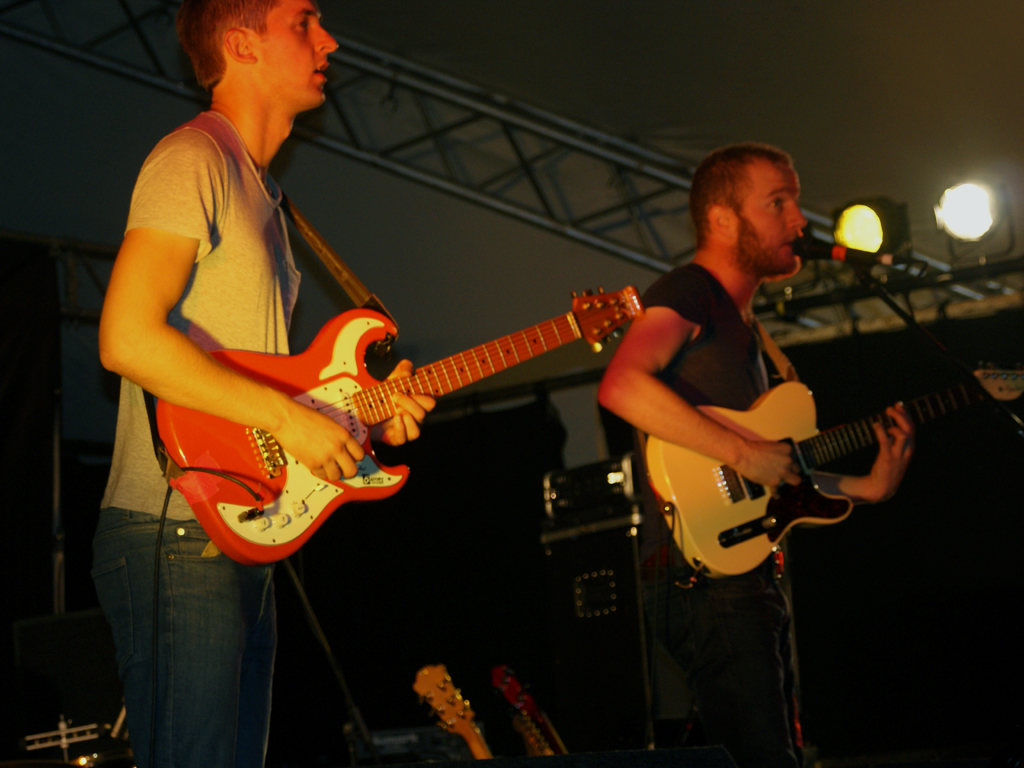 The English indie rockers of Wild Beasts are making their way to California! In the band’s hometown of Kendal, a cobble-stoned city in England’s beautiful Lake District, its popularity is growing exponentially, though Wild Beasts has yet to receive much recognition in the States. Like most music festivals, one of the best parts of the Treasure Island Music Festival is finding new music. I’m predicting that the 2011 “come-up” of the festival will be the sensually rugged Wild Beasts.

The mustache-clad lead vocalist Hayden Thorpe and guitarist Ben Little started Fauve, the infant stage of Wild Beasts, back in 2002 while they were students at Queen Katherine School. A few years later, Chris Talbot signed on as drummer while Tom Fleming joined as bassist and vocalist. Wild Beasts’ 2006 single “Brave Bulging Buoyant Clairvoyants” was a telling introduction to the world. Full of playful percussion and steady guitar riffs, the track is a stunning display of Thorpe’s falsetto voice. He controls his voice like a conductor of a rock and roll symphony; his vocals can fly like a jazz flute, hum like violins, or growl like a tenor saxophone. Fleming’s deep murmurs on top of Talbot’s sound offer a lovely juxtaposition, and all together Wild Beasts creates a stunning display of dreamy indie rock. Catch Wild Beasts during its North American tour–the band will be promoting its 2011 album, Smother. 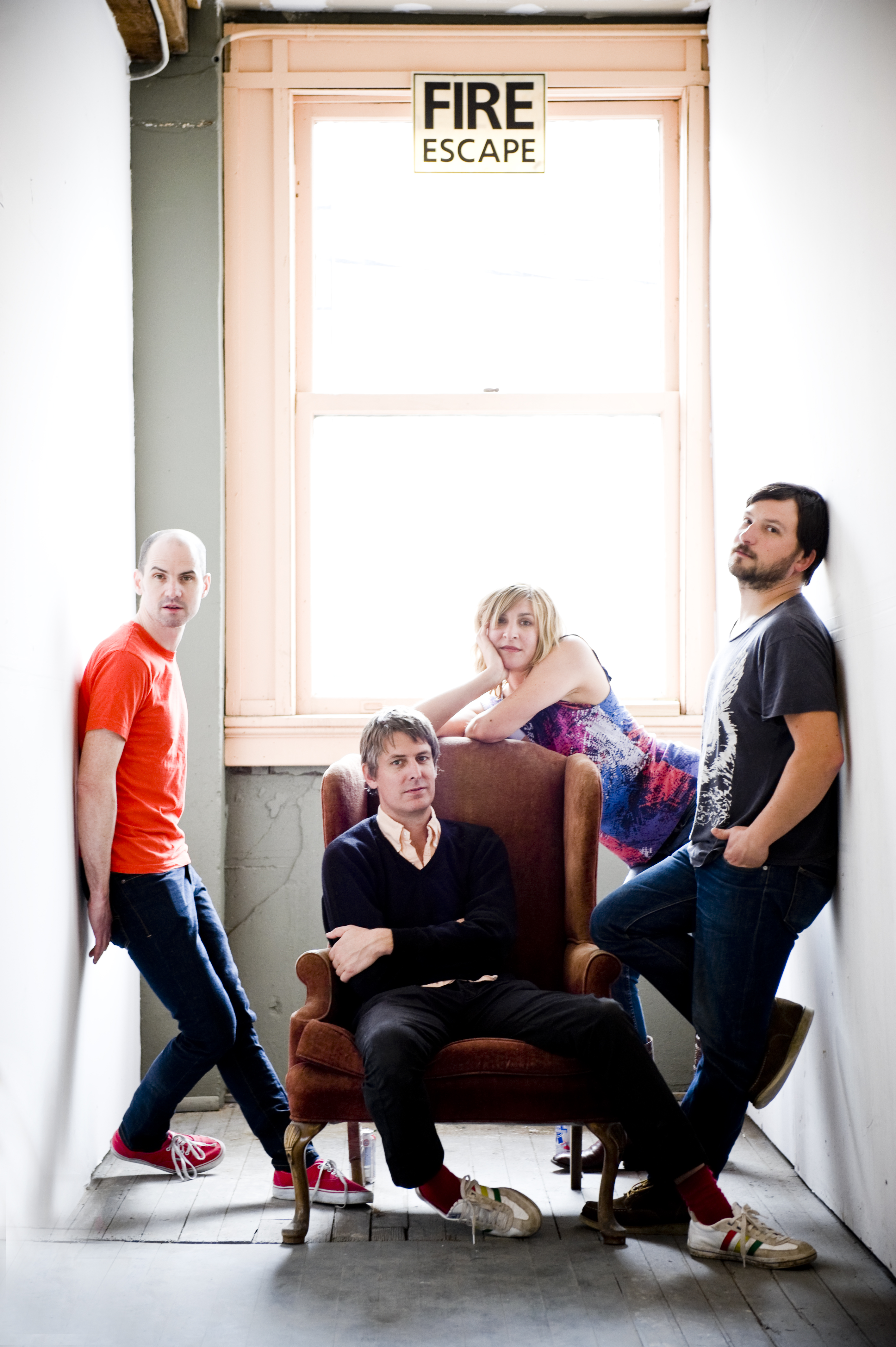 Some people might have come to Stephen Malkmus & the Jicks to nurse their Pavement withdrawal after the seminal indie rock group dissolved. I guess I’m in that boat—I came to them looking for more of Malkmus’s witty, wordplay-driven lyrics and incomparable axe-shredding. And that’s certainly what you get, but now evolved into a completely different animal. Malkmus’ freedom to do his own thing has actually made him more grounded, and allows him to focus on the things he loves most (and does best): melody-driven indie anthems and pure American hippie rock and roll. This is of course aided by his excellent backing band, which currently consists of Joanna Bolme, Mike Clark and Jake Morris (Bolme also plays bass for Quasi, another Pacific Northwest indie rock venture that played an awesome opening set for Pavement on its reunion tour). While the group may look like a bunch of mellowed out, aging rockers, don’t be fooled—they can still tear it up with the rest of the kids. You won’t want to miss Malkmus’s signature onstage sass. 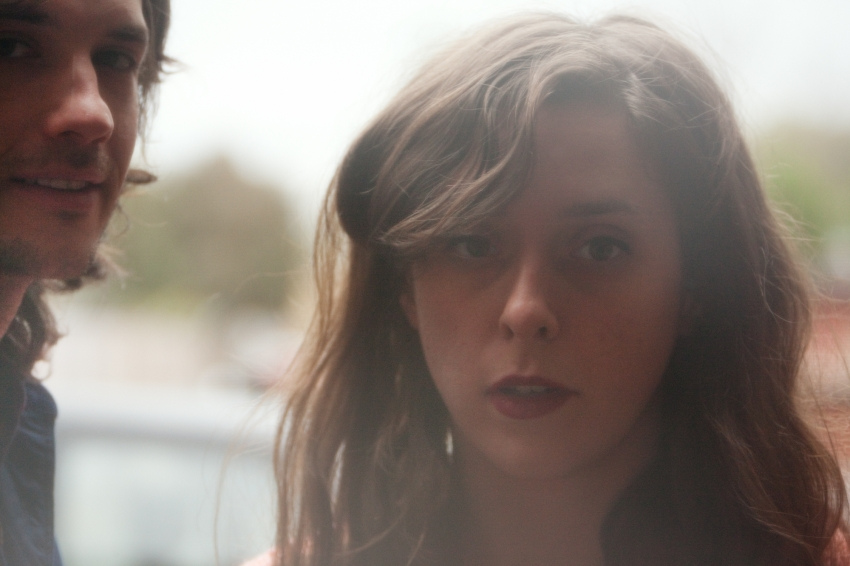 I was introduced to Beach House when one of my best friends (whose opinions on music know no bounds) told me that they were “f*cking incredible.” Not only was that opinion dead accurate, but it was given a couple of years ago. In the interim, Beach House’s f*cking incredible-ness – and their popularity – have grown exponentially, culminating in Teen Dream, their latest dream pop album. Made up of two musicians, Victoria Legrand and Alex Scally, Beach House creates haunting music that crawls under your skin and makes you feel simultaneously engaged and carried away. They are the type of band that I listen to when I want to relax, but also when I want to feel awake in the world. For this reason, I think their 6pm time slot at Treasure Island is perfect. That’s usually right around the time when unwanted exhaustion creeps in. But at that moment, Beach House will be there to save you. They will provide a set that is sure to be atmospheric and calming, but also intense and f*cking incredible, getting you pumped up for the headliners. 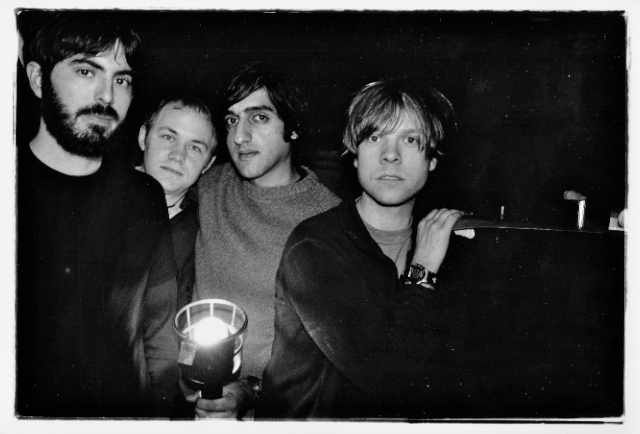 You might recognize the post-rock instrumental sounds of Explosions in the Sky from soundtracks for movies and television shows such as Friday Night Lights. The band’s knack for capturing emotional crescendo through streaming ribbons of electric guitar and the slow build-up of heart-beat drums has earned them worldwide respect. I first discovered Explosions in the Sky in January 2009, on a cold San Francisco evening–it had been one of those days we all occasionally have, a heavy down-and-out day. Fortunately my dorm roommate passed by, saw the look on my face, and walked over to join me on the bench. Pulling one earbud out of her ear she invited me to listen with her. I took the earbud and my left ear was greeted by trembling waves of layered instruments. Without vocals, I enjoyed letting my mind wander with the whirlwind of sounds, implementing my own thought-narrative to accompany the music as we sat together.

“It’s called ‘First Breath After Coma’” she said, “by Explosions in the Sky.”

With other song titles like “My Hand in Yours” and “Remember Me As A Time Of Day,” it’s common to notice the themes the band creates in its music. It captures the feeling of the eternal moment, nostalgic yet present in a spiritual way. The bad day feelings faded away, replaced by feelings of profound contentment. I later learned that the band was named after the sight and sound of Independence Day fireworks bursting, a moment of striking illumination. With a recently released album, Take Care, Take Care, Take Care, along with a good reputation for playing sincere, cinematic shows, the band’s appearance at Treasure Island is expected to be nothing less than a blast.

Going to Treasure Island Music Festival? Tell us who you’re looking forward to seeing the most! You can also track your favorite artist on eventseekr.com to find out where they’ll be performing next.