Earlier this week, a few members of the eventseekr team profiled eight bands playing this weekend’s Treasure Island Music Festival. Since then, we figured why not single out another six bands from the bill, and tell you, the festival-going public, why you should be going see these six as well. Here’s Joey P., Lauren E., Katie K., and Gillian H. with their picks. 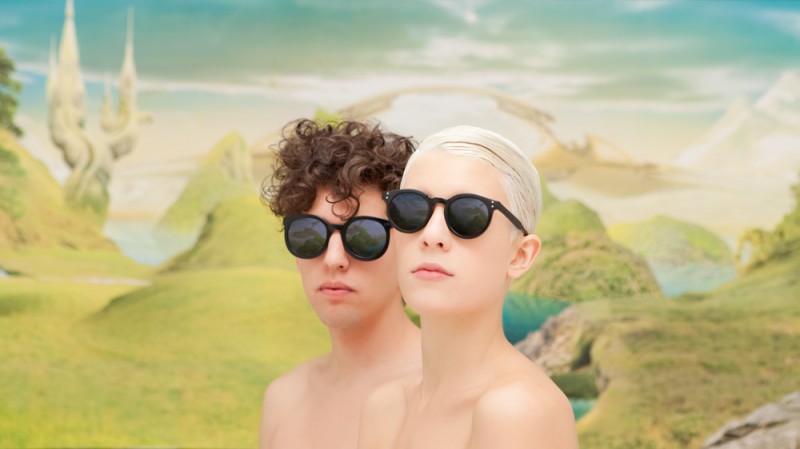 In 2009, I got to see Yeah Yeah Yeahs play the Fox Theatre, and the opening act was a little band named Yacht, but the heck if I knew who they were at the time. Before Yacht took the stage that night, all I saw were a couple signs on stage with a Triangle logo, a synthesizer and/or keyboard, a projector and a screen; these were their instruments. Before long, Yacht’s Jona Bechtolt and Claire L. Evans appeared on stage sharply dressed in a suit and evening dress respectively. Not exactly sure what to expect, I was pleasantly surprised with Yacht’s dance moves and stage presence. I didn’t know it yet, but their track “Psychic City” would later become one of my favorite discoveries from 2009. Since then, Bechtolt and Evans have assembled a whole live band when out on tour, so when you catch them this weekend at Treasure Island, expect to see Rob “Bobby Birdman” Kieswetter on the bass and keys, Jeffrey Brodsky on drums, and Katy Davidson on guitar. Very wicked dance parties in the crowd are sure to ensue. 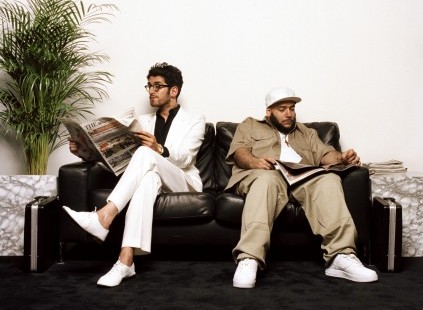 It’s honest to goodness very difficult for me to try to narrow down what kind of genre Chromeo’s music falls into. But I guess more than anything else, it’s a distinct combination of funk, electro and hip-hop. David Macklovitch (Dave 1) of Montreal, Quebec, Canada, met the Lebanese Patrick Gemayel (P-Thugg), and in 2004 formed Chromeo. The duo likes to joke that they are “the only successful Arab/Jewish partnership since the dawn of human culture.” Until the most recent album, Business Casual, I had only really had just a passing interest in Chromeo. It isn’t a slight to the first two albums, She’s in Control and Fancy Footwork, but it’s just that I never bothered to take notice of Chromeo before.

Earlier this year at Coachella, I had gotten a chance to see Chromeo perform on the last day of the festival. Conflicting set times of your favorite bands usually come with the territory of going to one of the biggest music festivals in the world. So sadly, I did not get to see their whole set. But luckily enough, I made it to their performance just in time to catch “Don’t Turn the Lights On” and “Hot Mess”–the two tracks that had finally won me over as a fan.

This week, Chromeo returns to the Bay Area to play at Treasure Island Music Festival with performance Saturday night right when the sun should be setting. 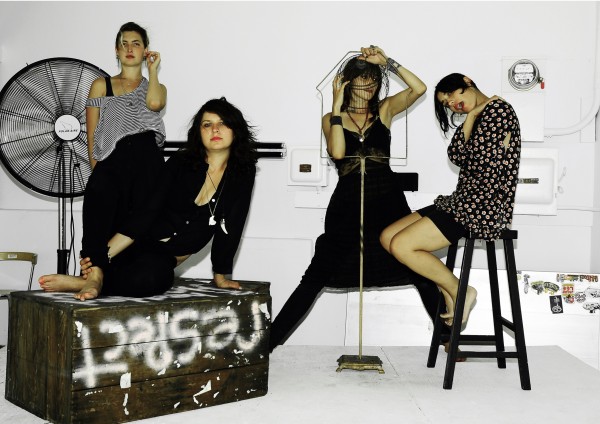 How could a band called Warpaint not be totally awesome? And then when you figure out that their sound is structured around big, meandering, atmospheric guitars a la M83 or My Bloody Valentine and that they are all fantastically well-dressed women, it just gets better. Treasure Island goes for a careful balance of pumped-up, danceable indie jams and dreamy, cerebral art rock every year. Warpaint definitely falls on the latter side with its haunting vocals and lush, otherworldly soundscapes. Whether it’s a hazy, vocals-driven ballad or a tactical, guitar-fueled assault on your eardrums, each song promises the kind of concert that totally arrests all your senses and perceptions and leaves you in a post-dream daze of tinnitus at the end. Much like Emily Kokal, Theresa Wayman, Jenny Lee Lindberg and Stella Mozgawa, the four ladies that make up the band, Warpaint’s music comes off a little bit dangerous, a little bit scary and a lot beautiful. 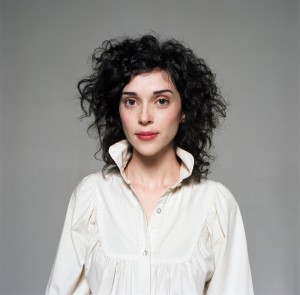 The September 2011 release of St. Vincent’s third and most recent album, Strange Mercy, is causing her to start to blow up into something of an indie-rock household name. However, Annie Clark, the singer/songwriter and multi-instrumentalist behind St. Vincent, remains relatively mysterious. Most folks associate Clark’s distinctive features (dark curls, ivory skin, indie-darling style) to the indie rock sounds of her moniker. St. Vincent.

Clark’s career, though now revolving around St. Vincent, is hardly singular. She was a member of the Polyphonic Spree, and toured with Sufjan Steven’s band in 2006 before she released her first solo album Marry Me in 2007. Since then, her sound has matured and gained critical acclaim from industry bigwigs like Spin magazine, who featured her on the cover of their August 2011 issue.

I first heard Clark’s church choir-like voice on “Surgeon” in late summer 2011, and instantly fell in love with the juxtaposition of her dangerously pretty voice with her equally dangerous and surprisingly dark lyrics. The preview of Strange Mercy inspired me to seek out the full album when it was released last month. I was delighted by her vibrant style throughout Strange Mercy. Her lyrics are deep, paired with a gracefully haunting tone that lingers in the mind. The line “If I ever meet that/dirty policeman who roughed you up” from the title track “Strange Mercy” replays in my head to this day. Each of her songs are woven to evoke a narrative that pulls at the heartstrings. I recently came across a selection of cover songs she has performed, and my favorite of the bunch is her rendition of The Beatles’ “Dig A Pony.” St. Vincent blesses our ears with not only her poetic songwriting and beautiful voice, but also her stellar instrumental talent, especially on her guitar. She shreds! You won’t want to miss her live performance at TIMF on Sunday. 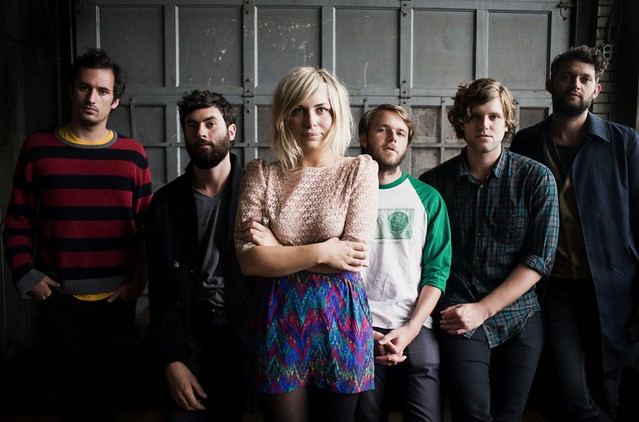 The Head and The Heart. Photo by Shawn Brackbill.

The Head and the Heart struck me at the peak of my folk-rock discovery in 2010. Tired of over-produced electronic music, I found the Head and the Heart’s intimate blend of classic folk and indie pop/rock an intensely refreshing sound. The six-piece ensemble met in Seattle after frequent encounters at the same open mic night. Sharing an affinity for folk music, the musicians brought together their individual styles and talents to create the Head and the Heart. The band’s use of acoustic instruments and its seemingly endless percussion instrument repertoire drip with inspiration from its Pacific Northwest roots. Each instrument, minimal when considered individually, comes together to form beautifully cohesive melodies. With every listen, Jonathan Russell, Charity Rose Thielen and Josiah Johnson’s three-part melodies (particularly in the song “Lost in my Mind”) grip my ears and yes, my heart, all the more firmly. The band’s music never dips below the boring line of minimalism, and I must credit this to percussionist Tyler Williams and violinist and vocalist Thielen. Williams has a knack for adding syncopated rhythms at the perfect moments while Thielen’s steel voice provides a feminine yet not delicate layer to the band’s vocal performance. The Head and the Heart’s late-Sunday afternoon set will provide a lovely and contemplative soundtrack for the golden, pre-sunset hour. 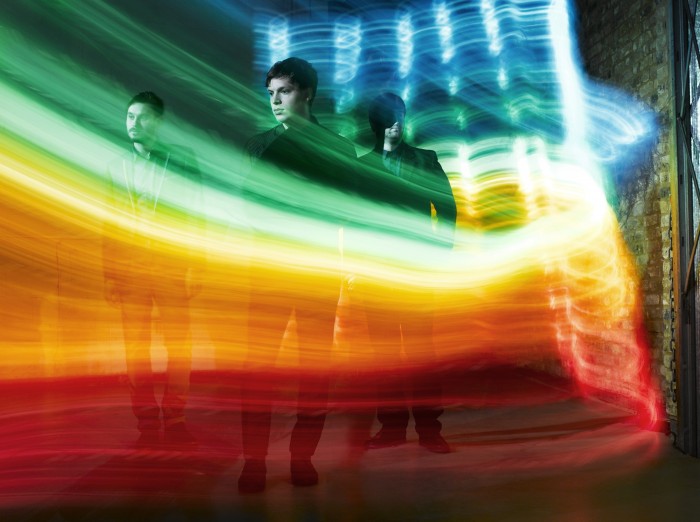 In August, I had a chance to see Friendly Fires at Lollapalooza, and as documented, I left the band’s performance wholly and completely satisfied. I was on air most especially when the band played some of my personal favorites hits like “Blue Cassette” and “Hawaiian Air.” That’s not to say I wouldn’t jump at the chance at seeing them again at TI.

Musical acts that I have to come to admire have a kind of versatility to them: The Clash, Daft Punk, New Order and Yeah Yeah Yeahs are four favorites that immediately come to mind. Another band that fits into this is Friendly Fires. TI’s lineup traditionally consists of dance acts on Saturday and indie-rock on Sunday. Friendly Fires is just as much disco and dance as they are indie-rock. So while Friendly Fires has a notable spot on Sunday, the band could have just as easily been booked for a night slot on Saturday, and nobody would have batted an eyelash. All three members, Jack Savidge, Edd Gibson and Ed MacFarlane, are quite the showmen–MacFarlane especially. Be on the lookout for his flashy dance moves. Somehow, a quick 45-minute set won’t feel nearly long enough.

Going to Treasure Island Music Festival? Tell us who you’re looking forward to seeing the most! You can also track your favorite artist on eventseekr.com to find out where they’ll be performing next. Let us know what you think! Follow us on Twitter and like us on Facebook to give us a shout. You can also stay on top of exciting events from around the world by downloading the eventseeker app for iPhone, Android or Windows.