If the 6-6-6 on Haunted Locations has taught you anything, it’s that wherever you are in the United States, you don’t have to look far to find something that’s haunted. Since the mid-1990s, haunted houses (or haunted attractions, as they have become known) have been popping up all over the country. These places don’t go for the cheap thrills implemented in classic horror films (I’m looking at you, Ghost Face)–we’re talking serious, professional haunts designed to scare the pants off you with the latest special effects, animatronics and live animals (think giant snakes).

All prices quoted are for the 2011 season and for adults. Many haunts are cash only, so check their website for ticket information.

One of the best Halloween attractions in the country, the Headless Horseman Hayride & Haunted Houses offers all your favorite fall activities in one: a spooky hayride in the woods as well as a traditional, creepy haunted house. About an hour’s drive from Albany, this haunted attraction is well worth the trip due to the value of your ticket and its location in the Hudson River Valley. At the end of the hayride, beware the approach of the Headless Horseman!

Missouri is home to a number of high-quality, professional haunted attractions, not to mention the annual TransWorld Halloween and Attractions Show. The Darkness is held by Soulard Market, just two miles south of the Gateway Arch, in a 20,000-square foot warehouse. Expect nothing but the best at this haunted house with creepy rooms, dragons, snakes (yes, real ones!) and CGI effects. 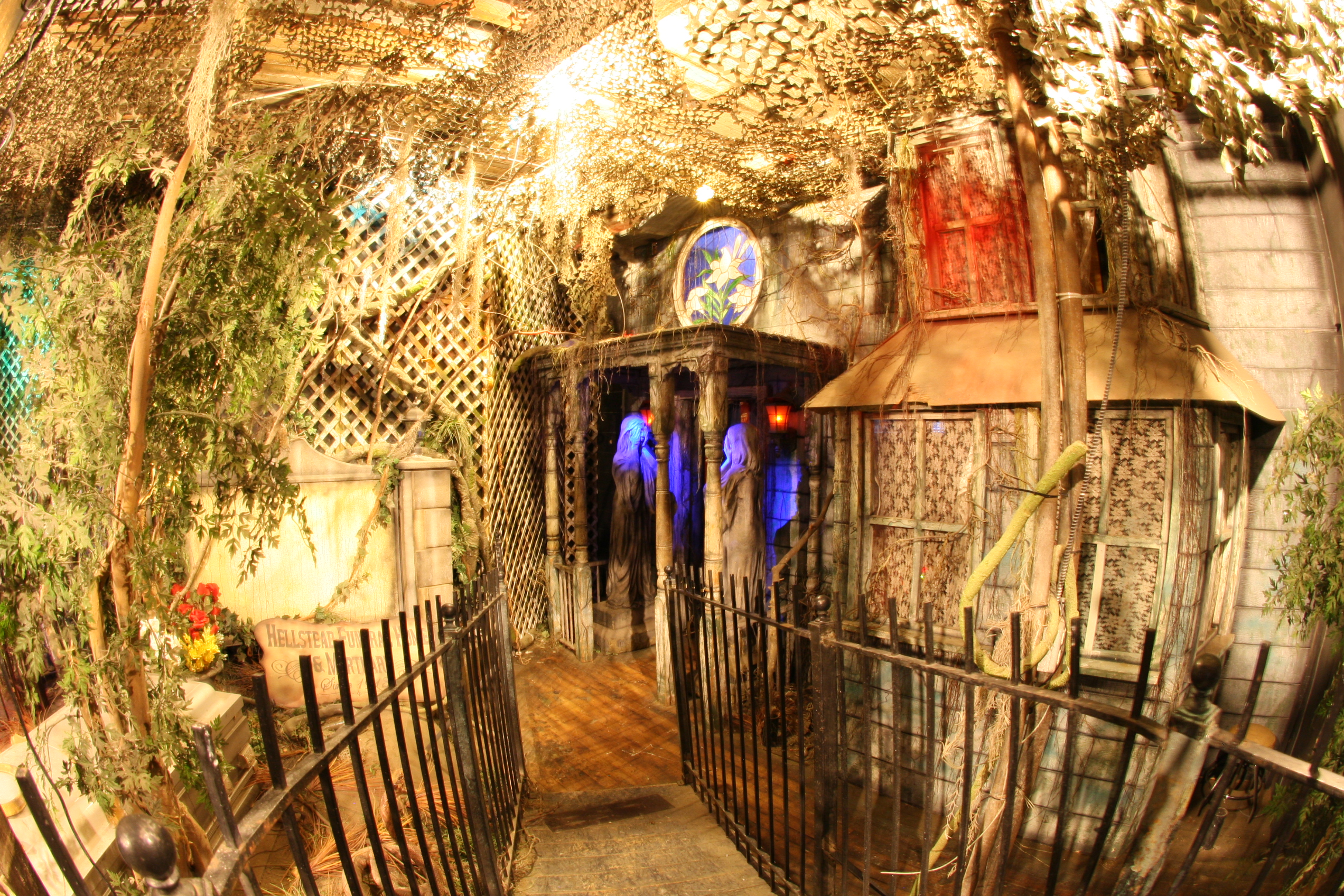 Photo courtesy of The Darkness.

Open each Halloween since 1997, Netherworld is one of the finest haunted attractions in the South. Each year, the storyline and theme are modified so that your scares begin the moment you get out of your car. Yes, the monsters of Netherworld will greet you in the parking lot.

One of the most controversial haunted attractions to open in recent years, PennHurst Asylum is housed in an actual former state hospital that saw its share of horrors from 1908 to 1986, when it was forced to close due to patient abuse. While you might think that it is an actor trying to scare you, it could in fact be a former patient who has never left. There are multiple attractions within this haunted house that have different admission prices, such as Tunnel Terror, Dungeon of Lost Souls or the Ghost Hunt.

Not far from Manchester and Portsmouth, Haunted Overload is held each year at DeMeritt Hill Farm. Tapping into everything creepy about New England, this outdoor haunt features horseback riders, exquisitely carved jack o’lanterns and monsters that will give you nightmares. 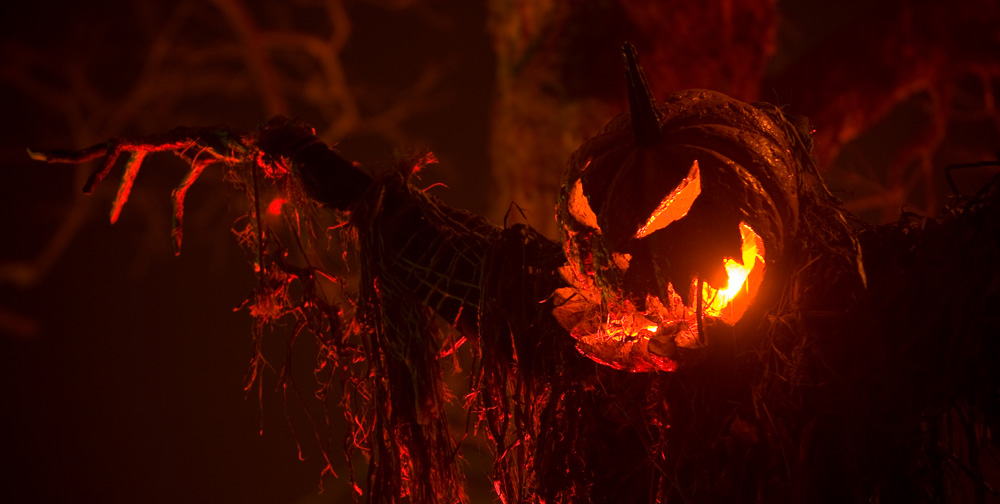 For 2011, The House of Torment features zombie pirates, apocalyptic, 20-foot tall monsters and creatures coming at you from all angles–love how they use those zip lines! Those who are easily scared–beware! You don’t want to end up on their visitor Wall of Shame.

When a former funeral home serves as the setting for a haunt, you know it’s going to be good. The Mortuary was built in 1872 as a private residence. When it changed ownership in the 1920s, it remained a funeral home until 2004. The Mortuary purportedly has at least nine ghosts inside, making you wonder whether that’s an actor or something from another world running past you in that darkened corridor. After the haunted house experience, those who are brave enough can do a ghost tour of the building with one of the staff.

Phoenix’s 13th Floor is one of the Southwest’s best haunted attractions and the best place to let your triskaidekaphobia (fear of the number 13) shine. Boasting over 60,000 square feet of terror, horror and screams, 13th Floor is housed inside a former Albertson’s grocery store and presents six different spooky scenes to terrifying guests.

A building of screams in the Park Hill neighborhood, The Asylum is Denver’s top haunted attraction. With an annually changing hospital theme, The Asylum brings together buckets of blood and operating tables to engage all your senses with complete fear.

The South is full of haunted historic buildings and locations, but when it comes to the adrenaline rush you get from a haunted house, you can’t do any better than Atrox Factory. This haunted attraction is just over 15 miles from downtown Birmingham and has 40,000 square feet of gruesome scares. Also, don’t miss out on special celebrity appearances from Saw actress Shawnee Smith, P.J. Soles from Carrie and Adrienne Barbeau from The Fog, Swamp Thing and Creepshow.

Touted as the world’s largest walk-through haunted house from 2005 to 2009, Erebus is just a half hour’s drive from Detroit and is the best haunted attraction Michigan has to offer. Spread out on four floors, visitors wait in line around the block in downtown Pontiac for the chance of being completely frightened by a cavalcade of monsters.

There are plenty of haunted houses out in Ohio, but Haunted Hoochie just outside of Columbus takes the cake with a demon birth, constantly sawed up monsters and an extremely painful rectal exam display. If you faint at the sight of blood, needles, chainsaws, razors and other sharp, rusty objects, Haunted Hoochie is not for you. 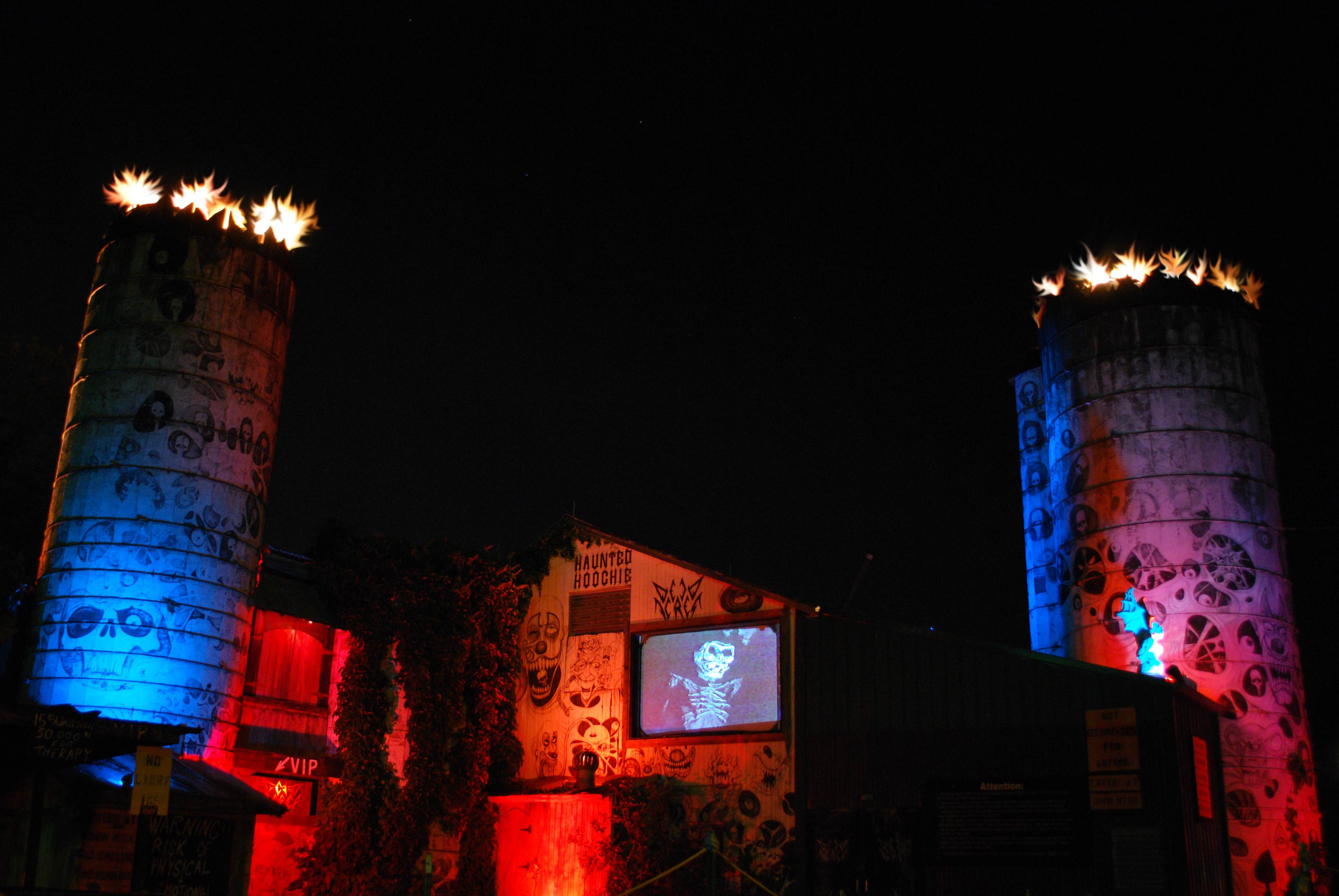 Just between Washington, D.C. and Baltimore, Bennett’s Curse is a Medieval-themed Halloween attraction where guests are greeted by an over-sized, mystical gatekeeper who warns everyone to be wary of the torture chamber. This haunt is ideally located at Blob’s Park, a Bavarian beer garden where you can get some tasty bites and hear live music Thursday through Sunday.

Do you like getting scared silly just as much as we do? Let us know what you think! Follow us on Twitter and like us on Facebook to give us a shout. You can also stay on top of exciting events from around the world by downloading the eventseeker app for iPhone, Android or Windows.