Halloween is next week. For many here in the U.S., it is quite a big deal. Whether you’re taking your kids out trick-or-treating or going to a party to get into a little mischief, Halloween is one of those special occasions where you can’t just stay at home all night long. While Jules has got you covered on what you can do to keep yourself spooked throughout the holiday, here is a choice short list of places where you can go out and party the night away.

Simply put, this is a solid lineup, and you could do worse things than spend $30 for general admission into the Congress Theatre on this night: a speeding ticket, overdraft fees at your bank, a bad first date at Applebee’s, whatever. MSTRKRFT, Luke and Wolfgang are heavy hitters in electronic dance music, and araabMUZIK is no slouch either. With a venue as big as the Congress is, coupled with the solid, hard-edged electro that will be pumping through the building’s subwoofers via the talent involved, you will still be wanting to party well after this shin-dig is over.

Guns N’ Roses play the American Airlines Arena on October 29th. I’m too young to have caught GN’R in their “heyday,” and it’s not likely that Slash will reunite with Axel Rose any time soon. In fact, the only relationship more estranged than the one between Rose and Slash is the relationship between the NBA’s owners and its players, which is currently keeping the regular tenants of the arena, the Miami Heat, from playing. While Guns N’ Roses has been touring all over the world since the release of Chinese Democracy in 2008, the show in Miami is just the second stop of GN’R’s first U.S. tour in over five years. The band’s American fan-base may not quite know what to expect, but at the very least, it should make for an interesting night to kick off the tour.

Method Man & Curren$y in Denver (Oct. 30 at the Ogden Theatre)

The Smoker’s Club tour is meant to be a celebration and melding of hip-hop, and as one can surmise, marijuana. Since it is Halloween weekend, those so inclined may as well add the holiday as a third component to the festivities. Although Method Man is now a father, and may not be smoking as much weed as he used to, he is still quite synonymous with those special herbs. Meth will be co-headlining this show at the Ogden Theatre in Denver with Curren$y. It really should go without saying, but for those interested in attending, just be prepared for the kind of party you will be walking into.

San Francisco is lousy with renowned DJs visiting town on Halloween weekend with Deadmau5 playing with A-Trak, Fatboy-Slim, Feed Me and Tommy Lee on Oct. 29th at the Bill Graham Civic and Skrillex and 12th Planet playing the Warfield one day earlier on the 28th. Unfortunately, these shows have already sold out. Alas, local San Francisco radio station Live 105 is putting on their 3rd annual Halloween show with UK electronic act 2ManyDJs headlining. The brothers Dewaele, Stephen and David may not have as much notoriety here in the United States as Deadmau5 and Skrillex, but they are just as capable of throwing just as hard a party as those two, if not harder. Other favorites of yours truly that are on the bill include Classixx and Bag Raiders. The fact that organizers moved this year’s party to the Regency Ballroom, as opposed to the first two installments which were held on the edge of town at the Cow Palace, make this year’s edition all the more appealing.

Tiesto and Kaskade in Las Vegas (Oct. 29 at The Joint at Hard Rock and Oct. 31 at Marquee at the Cosmopolitan) 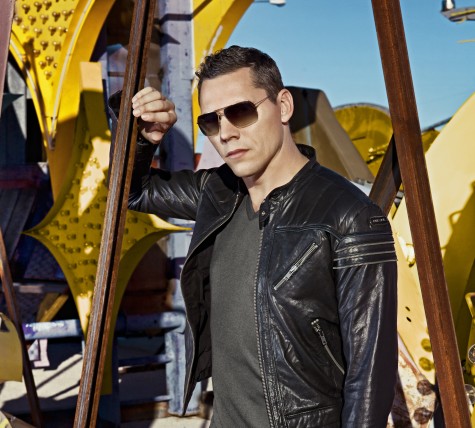 The fact that it is Las Vegas that we’re talking about should grab your attention right away. Club promoters up and down the Vegas strip have made Las Vegas one of the world’s truly great party destinations in the last two or three years by booking major-named EDM DJs. My friends and I opted to spend big last Halloween night and went to see Swedish House Mafia at the Joint. With Electric Daisy Carnival moving from the Memorial Coliseum in Los Angeles to the Las Vegas Motor Speedway this year, and the rise of top tier EDM DJs spinning at Vegas clubs on a regular basis, going to Vegas on Halloween is all the more enticing. Throw in the fact that Tiesto is playing the Joint on the 29th and Kaskade on Halloween night at Marquee as part of their regular monthly residencies at their respective clubs, and you have a recipe for a great time. 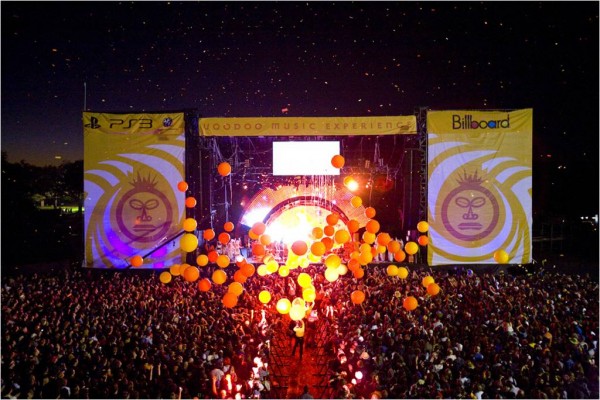 If you feel like running a party-marathon and celebrating Halloween all weekend long, you really can’t do much worse than VooDoo. Soundgarden, The Raconteurs, Snoop Dogg, blink-182, and Fatboy Slim are headlining this year’s festival. Further down the lineup you’ll find TV On the Radio, A-Trak, Girl Talk, as well as a healthy dose of local Louisiana musicians that includes The Original Meters. This city is the birthplace of jazz music, after all. Throw in the official VooDoo afterparties with DJs spinning from midnight to 6am all three nights, along with Bourbon Street and the French Quarter and you’ve got a heck of a Halloween celebration down in NOLA.

What kind of mischief are you and your friends planning to get into this Halloween? Let us know what you think! Follow us on Twitter and like us on Facebook to give us a shout. You can also stay on top of exciting events from around the world by downloading the eventseeker app for iPhone, Android or Windows.