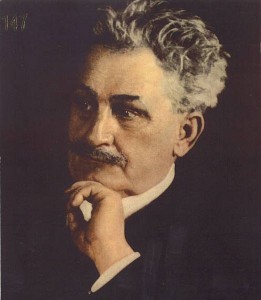 The concert kicks off with a performance of one of the classical music repertoire’s most oft-performed sinfoniettas, or a work for orchestra that is smaller and more tightly constructed than the traditionally much larger symphony. Janáček (left) composed his “Sinfonietta” in the mid-1920s, and premiered in Prague in June of 1926–nearly a decade after Czechslovakia declared independence from the Austro-Hungarian empire after centuries of social and cultural subjugation. The piece was dedicated to the Czechoslovak Armed Forces and was said by the composer to express “contemporary free man, his spiritual beauty and joy, his strength, courage and determination to fight for victory.”

The work is very “militaristic,” and it was originally subtitled “Military Sinfonietta” before Janáček opted to drop the prefix. Like a traditional symphony, Janáček’s “Sinfonietta” is separated into five different movements, each of which evokes a scene from Czechoslovakia’s path to independence through the strength of his countrymen’s resolve. Due to the work’s brisk pace and its bombastic, “brass band-esque” fanfares, Janáček’s work stands as one of the most exciting and uplifting sinfoniettas ever written. 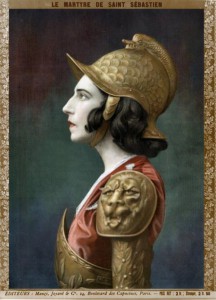 What follows is the centerpiece of the concert: Claude Debussy’s musical setting to a “mystery play” (a medieval form of church theater that explores Biblical “mysteries” or “miracles”) based on the Christian legend of the martyrdom of St. Sebastian. Le martyre de Saint Sébastien is one of Debussy’s lesser-known works, and is often truncated and performed in differing ways at each performance, while the play for which the music was composed has largely become forgotten.

The work’s disastrous premier and its subsequent condemnation by the Catholic Church for using a Jewish female (the great dancer Ida Rubinstein, pictured left, for whom the work was created) as St. Sebastian contributed to it never truly entering the standard repertoire. However, the score has recently been revived by several eminent 20th Century conductors such as Pierre Monteux (who served as the San Francisco Symphony’s music director during the 1930s and 1940s), Leonard Bernstein and Michael Tilson Thomas, and the work is slowly edging itself into prominence like much of Debussy’s celebrated oeuvre.

During this particular performance of Le martyre de Saint Sébastien, the narration that links the work’s parts will be spoken in French and a multimedia visual show will accompany the music in the place of a performance of the mystery play upon which it is based. Directed and designed by acclaimed multimedia artist Anne Patterson, the visuals that accompany the orchestra’s rendition of the work attempt to “bring the pageant-like, gothic, nature of the work to life.” Also, the ballet portions of the work will be performed on video by San Francisco Ballet Principal Dancer Damien Smith and projected above the Davies Hall symphony stage.

Introduced by the lively, almost primeval intonations of Leoš Janáček’s “Sinfonietta,” the San Francisco Symphony’s rendition of Claude Debussy’s Le martyre de Saint Sébastien promises to be an extraordinary (and perhaps a bit of a psychedelic) journey through an Impressionist’s musical re-imagining of Christian legend. Those who may only be familiar with Debussy’ renowned piano fare, such as “Claire de lune,” and his “Arabesque,” owe it to themselves to hear what truly challenging and awe-inspiring music the composer was capable of writing for voice and symphony orchestra.

Let us know your thoughts on Debussy and the SFS! Keep a tab on all of their performances by tracking them on eventseekr.com. Follow us on Twitter and like us on Facebook to give us a shout. You can also stay on top of exciting events from around the world by downloading the eventseeker app for iPhone, Android or Windows.