The weekly Popscene show at Rickshaw Stop last week ended up being quite the double treat. Opening act The Good Natured put on a great show, and Katy B made her highly anticipated San Francisco performance debut with great success. 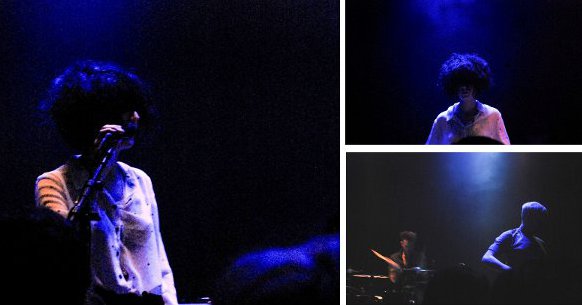 Fronted by songwriter Sarah McIntosh, her brother Hamish McIntosh on guitar and George Hinton behind the drum-kit, the trio was a blazing ball of unyielding energy blasting out their gothic twist on synth-pop. In preparation for the show, I had given the band’s Skeleton EP a quick once over and thought pretty well of it. But after an impressive live performance, it’s hard to get this band out of my head. With Hamish and Hinton already on stage, Sarah made her entrance dressed in a white blouse and black mini-skirt. With her black hair teased and covering much of her face, there was an air of mystery to her, and that commanded the crowd’s attention. 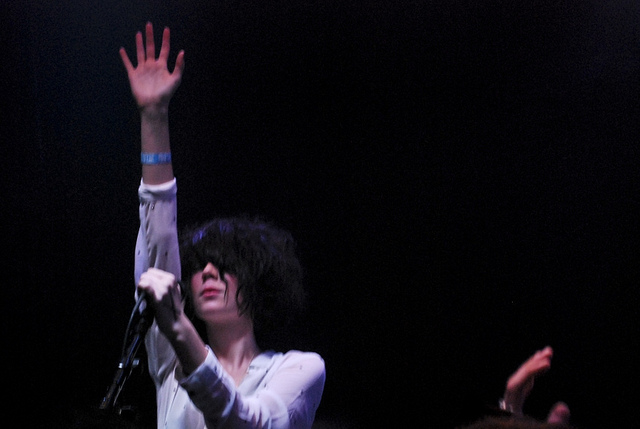 During a couple of different songs, Sarah came into the crowd with her mic in hand to incite a dance party to much success. The Good Natured closed out its set with a bang performing “Skeleton.” As I noted in the preview piece leading up to the show, the track is synth-pop at its finest and there really was no better way to close out the set. 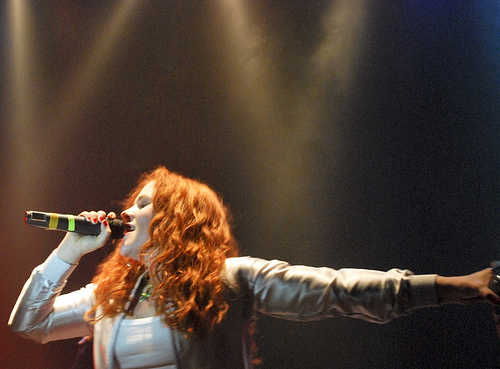 Katy B. Photo by Joey Pangilinan.

A short and sweet seven-song set by Katy B followed after The Good Natured. She was backed by her DJ, Dan-Oh and her hypeman, Tipper. Katy’s vocal talents certainly did not disappoint. In fact, her vocals felt more powerful than I had expected. This was especially so when she performed “Perfect Stranger,” her collaboration with Magnetic Man. As great as the production work on the beat is, her vocals are the best thing about the song, and hearing those vocals in person was definitely the best treat of her set.

Katy B. Photo by Joey Pangilinan.

But more than anything, what sticks out most about the set was the energy that Katy and Tipper incited within the crowd. Of that, what springs to mind is the banter that Katy and Tipper had with each other and the crowd about who could scream louder: the guys, or the girls. Then there was the encouragement from Katy and Tipper to get the crowd to just go nuts and “rave” as the epic beat drops and breakdowns hit during the set’s final two tracks: “Lights On” and “Katy on a Mission.” But with the accelerated basslines thumping out of the subwoofers, it was definitely noticeable that Katy was trying to speed her vocals to keep up with the beats. A minor thing aside, Katy B had nonetheless put on a satisfying show.