I’ve not caught a show at the Fillmore in quite some time. As a matter of fact, I’ve not been really excited about an alternative rock band in just as long, at least not until I started listening to Young the Giant last fall. So I was doubly amped to finally get a chance to go back there and see this five-piece out of Irvine, CA. 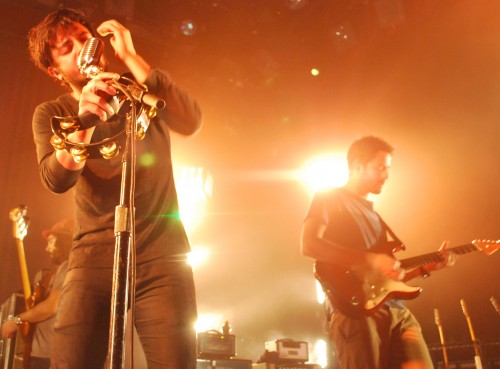 Playing the 2011 editions of Sasquatch and South by Southwest, as well as opening for Incubus during that band’s fall tour of North America last year has definitely elevated Young the Giant’s exposure. This tour, their first-ever headlining tour, is the calculated next step. The band’s sold-out show at the Fillmore last Thursday, which was the second in as many nights, helped kick off this aforementioned first-ever headlining tour. In fact, in addition to both of these San Francisco shows, a good number of the band’s tour-dates have already sold out.

Beginning with the set opener “I Got,” each member of the band looked at ease while up on that stage. Throughout the night, guitarists Jacob Tilley and Eric Cannata, and bassist Payam Doostzadeh would glide from one side of the stage to the other as they jammed on their instrument of choice. Drummer Francois Comtois’ seemed in his own groove as well behind his drum-kit. 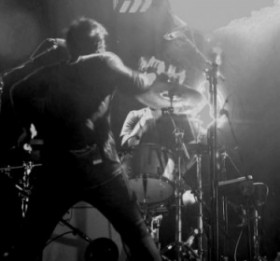 The band’s music is very ethereal, and like all good music, it feels like magic. The level of energy that is found on Young the Giant’s self-titled debut is infectious, and their live show didn’t just match, but I dare say exceeded my expectations. To which, the major source of that energy is no doubt because of lead singer Sameer Gadhia.

As the main conduit of the band’s stage presence feeding off the energy of the crowd, Gadhia, well, he nailed it that night. He strutted around like he owned the place, and for the hour and change that the band was on that stage he and his bandmates definitely did own the place.

During most of the performance, Gadhia had a tambourine in hand, which was basically an extension of his fingers. When he wasn’t at the mic passionately singing and crooning into it, he was dancing around slapping his hands and tambourine together. At multiple points, he would even go over to Comtois’ drum cymbals, and repeatedly bang his tambourine on them. It was particularly memorable during “Strings,” if nothing else, because I happen to really like that song in particular.

The band has been working on new material lately and played a few new songs for the audience. At best, the crowd was lukewarm to the new tracks, but what else could you expect? Testing out brand new songs at a live show is just as tricky as expecting even-odds that a three-legged greyhound can win at the racetrack. 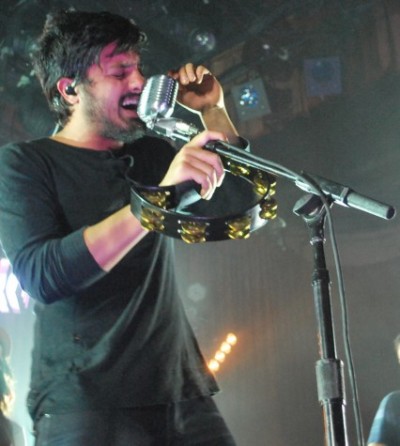 In the encore, Young the Giant wrapped up the whole night with a big bang by performing its hit single “My Body.” As you would expect, the crowd jumped up and down as they chanted the lyrics. Even I couldn’t help myself, repeatedly screaming out the hook: “My body tells me no/ but I won’t quit/ cause I want more.”

Infectious, once again, just feels like the right adjective. 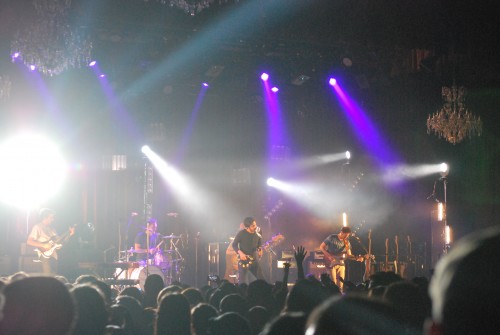 Young the Giant is touring North America now through April, with festival appearances in July at Edgefest in Toronto, Canada and Central Park Summerstage in New York.

More Photos from Young the Giant at the Fillmore