The Creators Project, a global arts and technology initiative founded by Vice and Intel, will be taking their show on the road this month to San Francisco’s Fort Mason. The weekend of March 17th and 18th will mark the first ever time the Creators Project has held an event on the U.S. West Coast. The event is free with RSVP, however RSVPing doesn’t guarantee entrance. Tickets will be confirmed by the week of March 12th, so be sure to cross your fingers, break out that rabbit’s foot, and kiss an Irishman. 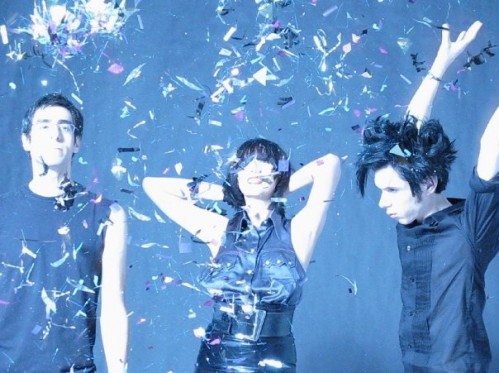 The Yeah Yeah Yeahs are billed as headlining this two-day art and music celebration, with James Murphy of LCD Soundsystem, Squarepusher, HEALTH, The Antlers, Zola Jesus, Shabazz Palaces, New Pants, The Hundred In the Hands, Teen Daze among the other musical acts performing. The most recent event back in October of last year was in DUMBO, Brooklyn, and featured art installations and performances from artists that included the likes of Florence and the Machine, A$AP Rocky, Atlas Sound, and a DJ-set from Justice to close out the musical festivities. The event was a rousing success, except for the small snafu of having to shut down Justice’s set about 15-20 minutes early because of “community complaints.”

When you throw a party, and you get shut down by the cops, you know you’ve created something pretty great.

Other Creators Project endeavors have included various kinds of collaborations with some of the musical acts who played at last year’s Coachella Valley Music and Arts Festival. One memorable Creators Project installation was the light-rig that hung from the ceiling of the Sahara Tent, and entranced festival goers throughout the weekend as they danced through sets by A-Trak, Steve Angello, Magnetic Man, Duck Sauce, and many others. But the most awe-inspiring Creators Project surprise came during Arcade Fire’s Saturday night performance, during which a wonderful avalanche of some 2,000 LED-enhanced blow-up beach balls came raining down from the very top of the stage as the band finished their encore with “Wake Up.” It was an amazing sea of beach balls that lit up the crowd, with colors flickering and all.

Last year, the Creators Project also partnered with the Yeah Yeah Yeahs’ Karen O and Nick Zinner to resurrect a very unique artistic project that first started as song materials Karen O had originally written for a music album from seven years ago. What it finally evolved into was Stop the Virgens, a stage production that’s been described as a psycho-opera, and it debuted at the same Creators Project in DUMBO, Brooklyn as noted above.

It has been about two and half years since the Yeah Yeah Yeahs played a Bay Area show, and when you couple that with all of these events and endeavors that the Creators Project has been curating, San Francisco is in for a real treat on March 17th and 18th.