UK bass pioneers Skream and Benga headline the Regency Ballroom this coming Monday night in San Francisco. In fact, the show kicks off the duo’s North American headlining tour. It is a bit odd that these dubstep heavyweights would showcase on, of all days of the week, a Monday night. But hey, Mondays need a reason to be cool, too. 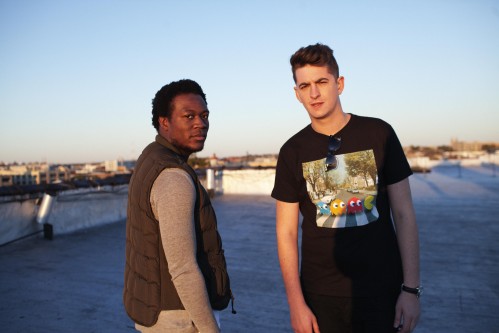 The pair has been producing music since they were teenagers in the south London city of Croydon. While Benga’s solo productions lean towards more moody tracks like “Go Tell Them,” Skream’s solo material has sometimes veered into more melodic fare. For instance, his remix of Chromeo’s “Night by Night” is probably even smoother than the original. Before the pummeling and face melting sounds became known as dubstep, the genre’s embryonic stages back in the early to mid 2000s were a little different. For one, it wasn’t even known as dubstep, at least not right away. In fact, nobody really knew what to call this emerging sound coming from UK basement clubs. It was simply a new progression of electronic and bass music, just as the booming wobbles produced these days by Skrillex, Datsik and Excision are an evolution of the UK bass that Skream and Benga have been known for.

Recently, the two teamed up to release a five-song EP through Scion AV, which is available as a free download here. You can also stream the EP below. As any fan of the two will attest, each of the five tracks will break your neck if you shake your head and dance hard enough to them.

One of duo’s mentors and friend, Artwork, is the third member of their collaborative project known as Magnetic Man. In fact, Artwork will be one of the show’s opening acts. While the three have performed in the United States many times over, the group’s performance at Coachella last year marked Magnetic Man’s first ever performance in the U.S. New material from the dubstep super-group is expected later this year as well. Undercards for the Goldenvoice and TorqSF promoted event will also include SGT. Pokes serving as hype-man, Washington D.C. dance and electronic producer Alvin Risk, and London-based producer Hijak.