Adam Yauch died today at the age of 47. One third of the Beastie Boys, Yauch is better known to his fans wordwide as MCA. Mike Diamond (Mike D), Adam Horowitz (Ad-Rock) and Yauch formed the Beastie Boys in New York in the late 1970s. The group first started as a hardcore band. At the start of the ‘80s, the Beasties transitioned into a rap-trio.

As the group’s sound (punk, rap, rock, electronic, etc.) evolved throughout the years, so did each member’s creative and personal endeavors. MCA became an activist, and founded the Milarepa Fund, a non-profit organization that supports a free Tibet. As part of Milarepa, Yauch led in organizing the first Tibetan Freedom Concert, which was held in San Francisco’s Golden Gate Park in 1996. The organization, as well as the series of Tibetan Freedom Concerts that followed, were founded to help promote activism and awareness of the injustices committed on native Tibetans by the occupational government in China. 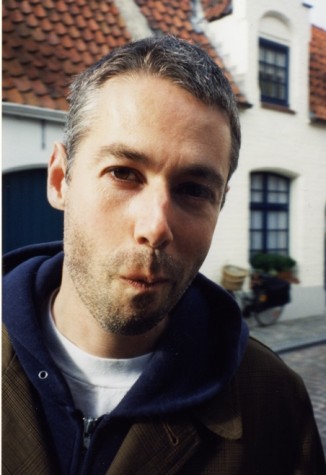 Under the alias Nathanial Hörnblowér, Yauch also directed the music videos to Beastie Boys songs including “So Whatcha Want,” “Intergalactic,” and “Body Movin.” Yauch’s videos were always innovative and distinct. Last year, Yauch directed the short film Fight For Your Right Revisited, which was an extension of the group’s video for “Make Some Noise.” Elijah Wood, Danny McBride and Seth Rogen were featured as the Beastie Boys of yesteryear. In the story, the three younger Beasties are challenged to a dance off by their future selves as portrayed by Jack Black, Will Ferrell and John C. Reilly. Yauch also founded Oscilloscope Laboratories, a successful independent movie distributor. Through Oscilloscope, Yauch released his directorial debut in 2008, Gunnin’ For That #1, a basketball documentary.

When Yauch and his bandmates first formed the Beastie Boys, their goal was to merely follow their passions, which was to create good music.

The idea of three affluent Jewish kids trying to rap seemed like a novel concept, and it was something that was not lost on the trio. The Beastie Boys never took themselves too seriously, and probably more so than anyone else, they introduced irony to rap (and music in general). As MCs, each one possessed the type of wherewithal and talent that just could not be ignored.

While it is undeniable that the Beastie Boys are looked upon as a pioneering force in rap and hip-hop, they are musical icons because they pushed the boundaries of creativity. In crossing rap with elements of punk, dub, electronic, rock or any other genre they so chose, the trio managed to transcend any one type of musical style. As one third of the Beasties, Yauch’s contributions to the development of music and our culture cannot be overstated. This is why Yauch’s passing is felt well beyond just the music industry.

In the 12th grade, as part of an exercise on how to tell a story, my English teacher asked the class to bring in a recording of a song. In fact, he wanted each one of us to bring in a ballad to share with class. Immediately, I knew what song I wanted to discuss: “Paul Revere” by the Beastie Boys.

One of the many reasons why I became a fan of the Beasties was because of their deft ability to tell a clear and concise story in each of their songs. No matter which direction they took musically, in the end, they weren’t trying to sound like anyone else. They always sounded like the Beastie Boys, and possessed an inherent honesty and positivity about whom and what they are–now that is a quality always worth admiring.