BY NATHAN CRANFORD AND LUCIA CHUNG

On April 19th, the fabulous Mission District art gallery Root Division hosted an evening of delicious food and beverages at its popular Taste 2012 event. In addition to giving visitors a sample of some of the best cuisine and drinks available in and around the Mission area, there were several exhibits that showcased the awesome talent of several Bay Area fine artists of all ages, as well as a silent auction that invited attendees to take some of their favorite displays home with them.

All proceeds from the event went towards supporting education in the arts at Root Division and other non-profit organizations throughout the Bay Area.

The selection of cuisine being offered at the gallery was, at first, a bit overwhelming. The fragrance of foods from all over the world filled the space with an incredibly appetizing aroma, and did much to compound our already nagging hunger. While there were some samples we tried that ended up being not so great, most dishes were indeed quite good, and a few were nothing short of heavenly. 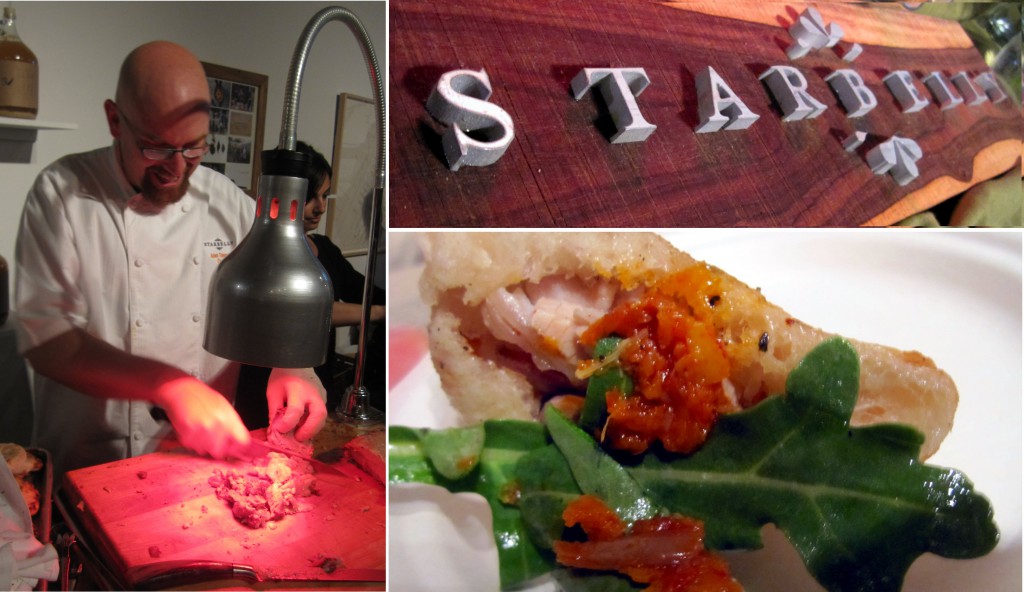 This sumptuous dish is the creation of Adam Timney, a rising star chef at the now-famous Castro District restaurant Starbelly. This simple but incredibly tasty miniature sandwich highlights the rich texture of roasted porchetta, a savory and fatty cut of pork prepared in an Italian manner. The succulent slice of pork was seasoned with a light but flavorful chile sauce and nestled within a folded piece of grilled flat-bread. This sample was truly a highlight of the dishes on offer that evening, and trying it at the restaurant is truly a must.

A subtle twist on a classic Mexican favorite, these Tostadas de Mariscos (Seafood Tacos) showcased by Chef Telmo Faria from the very trendy Mission District taqueria Tacolicious, or “T-lish” for short, were quite delicious. This bite-sized appetizer included fresh shrimp and squid topped with just the right combination of cilantro, onions, cucumber and avocado. Even if you’re one of the few people who finds that avocado is not your thing, the savory fruit adds quite an interesting and subtle texture to the dish without being as heavy as traditional guacamole. These Seafood Tacos are indeed Mexican food done right.

The craft cocktails at the event were equally if not more impressive than the food. Many components of the drinks were either handcrafted (a majority of the drinks featured hand-cut ice) or carefully selected for their unique flavor profiles. 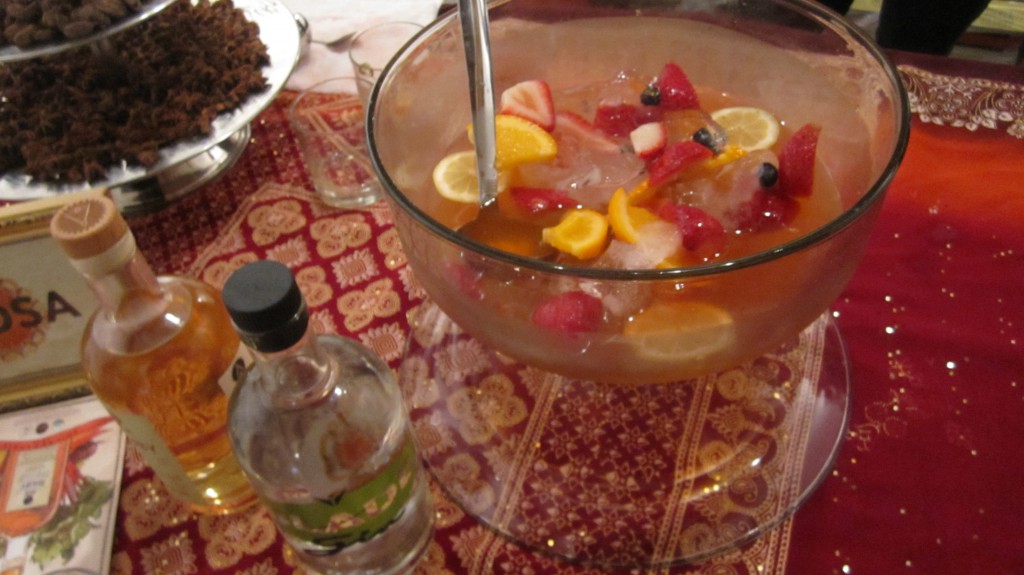 Dosa‘s South India Gin Punch was a refreshing mix of spice and seasonal fruit. Dosa Blade Gin, which is handcrafted near Belmont, features prominently in the drink, and is itself infused with the complex flavors of star anise, cardamom and curry. The gin is complemented perfectly by Rhuby liquer, which contains hints of rhubarb and cardamom as well. The result is a perfectly balanced, sweet, tangy and strong libation that you could sip all night. 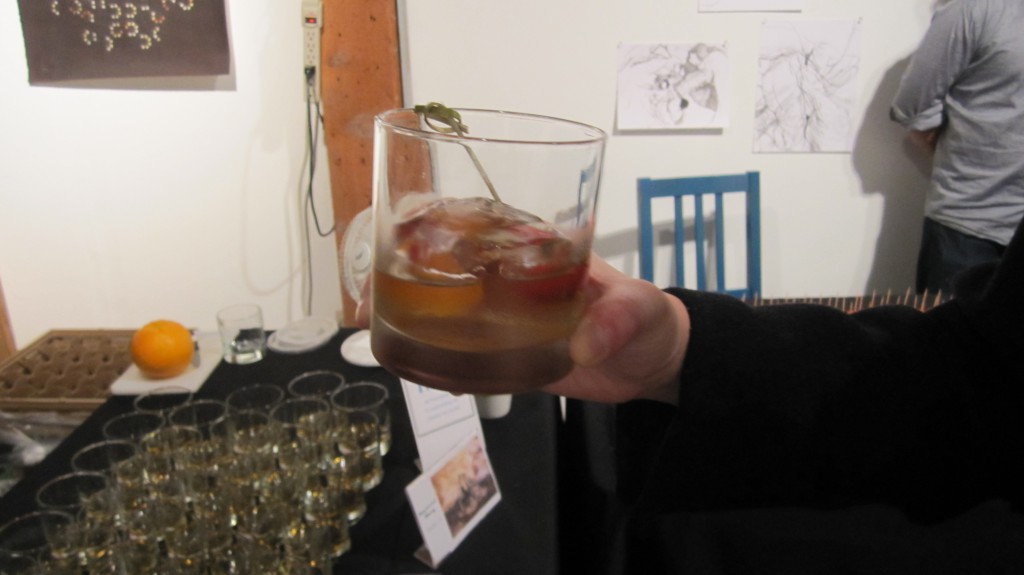 This delicious cocktail was mixed by the masters over at Hog & Rocks, San Francisco’s first ham and oyster bar. Like the bar’s premise, the drink, simply called “Chile Old Fashioned,” is a creative wonder. This marvelous concoction of Partida Añejo tequila, maple syrup, chili tincture, as well as some orange and chocolate bitters was a near perfect synthesis of these complex flavors without being overpowering in the least bit. A beautiful, sweet and spicy Peppadew pepper acts as a garnish that adds a completely new dimension to an already fabulous take on tequila-based cocktails.

Overall, the Taste 2012 at Root Division on April 19th was a resounding success. Not only did we have the chance to enjoy some of the best food and drink being served at locations in the Mission District and its environs, but we also were able to see the burgeoning creativity of a new generation of artists that this gallery generously supports. The key driver that made this particular event a success was that each entity that donated their time and money did so in order to further a much greater goal: to give people of all ages the opportunity to create art, free from and unhindered by the various social restrictions that might otherwise keep them from doing so.