San Diego Comic-Con came and went this year in a flash. There were major announcements from movie and television studios, and comic book publishers alike. Attendees cosplayed as their favorite sci-fi, movie and superheroes characters. Many good times were had at afterparties at various hotels, nightclubs or bars sprinkled all around the city’s Gaslamp Quarter. There were also lines, lines, lines everywhere. Whether as a fan, an industry professional, a member of the press, or what have you—Yes, San Diego Comic-Con can be an absolute blast, but it can also be absolutely exhausting. The eventseeker team was on hand to partake in this year’s festivities, and what we came away with was four very specific things that stand out.

–A 16 Fl. Oz. bottle of Snapple cost $4 in the convention center. If you walk outside to the 7-11 four blocks away, you can find the same bottle for at least half that price. Obviously, events at Comic-Con put all of us in a time crunch, and we don’t all have the time to make the trek outside of the convention center to have a proper meal break. When we did make time, we did well to hit up Dirty Del’s, Berkeley Pizza and Hodad’s.

Hodad’s is a burger joint just a little further out of the main Gaslamp area, so it’s bit of a walk to get there. But those burgers are so good that they’re worth the extra foot steps to get there. 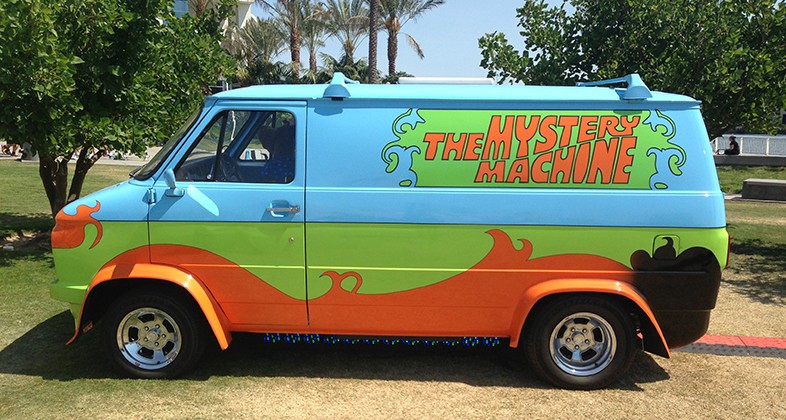 If you’re in the need for quick sustenance at a reasonable price, and you’ve a soft spot for deep-dish pizza, especially if it’s good deep dish pizza, then Berkeley Pizza is the spot.

Then there’s Dirty Del’s—a bar and sandwich eating establishment a few blocks east of the convention center. We were nearby, mostly on a lark, and decided to stop in. We chopped it up with another customer and Joel, the bartender. As the other customer was getting ready to leave, our gracious host offered a shot of rum on the house. The hospitality added to the tasty salad wraps and sandwiches on the menu. 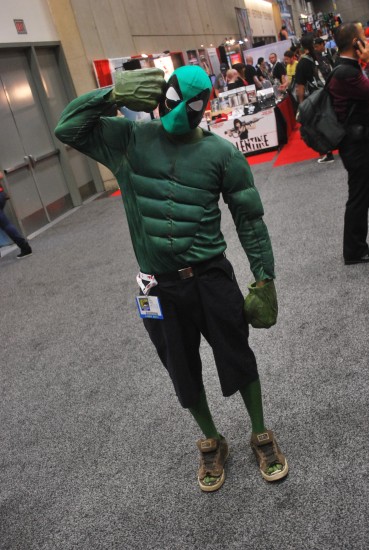 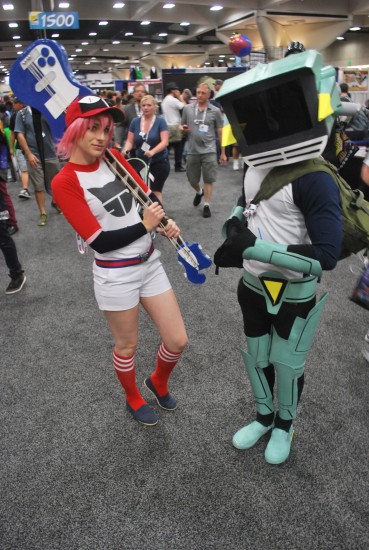 –Now let’s take things a step further, because again, Comic-Con can be quite exhausting with the way in which the city of San Diego is invaded upon. One way to energize your mind and body while still in town for the convention is to not confine one’s self to the Gaslamp Quarter for the duration of the convention. On one night, we headed over to the Le Mesa part of San Diego to get away and take a break from the convention crowd and party revelers to sing a little Karaoke in a private room at Karaoke 101. The word, refreshing, seems like the appropriate adjective.

–The exhibit hall in the San Diego Convention Center is bloody massive. The lengths of the hall is roughly four city blocks, and add in all of the ballrooms and meeting rooms for the panels, and what you get is one helluva maze. Do yourself a favor, and carry a map. Even if you are a veteran of multiple years attending the con—carry a map! This year’s convention wasn’t our first rodeo, and we felt too cool for school to carry the big bulky program guide and map with us each time we left our hotel in the morning. But we can’t tell you how many times we thought we knew where we were going, but ended up going in every other direction other than the right one until we consulted a map. Lesson: carry a map! 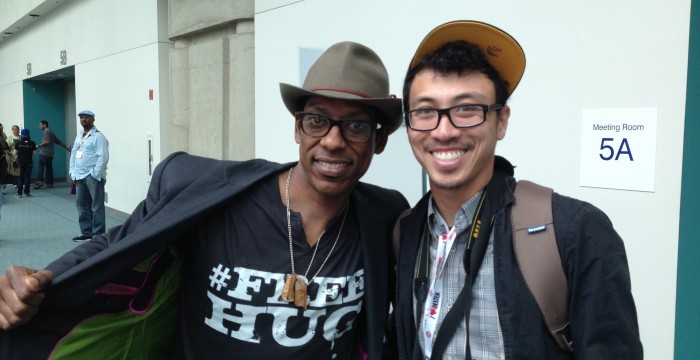 –There are a lot of people who go to San Diego Comic-Con. Like. A lot of people. Over 100,000 people walked through the doors of the San Diego Convention Center each of its four days. The scope of this little convention is already quite large, and has been for some time now. Yet, without fail, it seems to get bigger and bigger with each passing year. No longer does it just encapsulate comic books, but all of popular culture, and the mediums in which we choose to devour it in. For better or worse, it’s a marketing executive’s dream. Movie, television, gaming studios and the like build massive marketing campaigns around the convention. While it may be a little too commercialized at times, it also means that more and more, younger generations, all generations, and different walks of life are being exposed to these valued artistic mediums and culture. It is never a bad a thing to have a more inclusive culture.