Sure, there is a lot of cynicism these days about stadium shows. The unacceptably high price of tickets (and funnel cake!), the corporate feel of performances and the fear of getting beaten up by tweens are all valid reasons to forego the stadium experience. However, it is time to rethink that judgement.

On Tuesday, November 19th, the most dedicated Drake fans (of which there are evidently thousands!) in the Bay Area were gifted a memorable and magical experience. Future, Miguel and Drake each tore up the stage. Gushes of fire blasted from the ground at opportunely epic moments. The Oracle Arena in Oakland was filled with smoke, courtesy of an impressive fog machine and the Bay Area’s relaxed attitude towards marijuana, which Drake saluted repeatedly.

A full orchestra pit in the middle of the stage accompanied Future’s “Honest” and Miguel’s “Adorn” before Drake seized the stage. Combining old material (“Marvin’s Room,” “Over,” “F***** Problems” and “Headlines”) with new crowd-pleasers (“All Me,” “Furthest Thing,” “Hold On, We’re Going Home,” “Wu-Tang Forever”), Drake wove his discography into an exquisite and ornate musical tapestry (like one of those unicorn tapestries), à la Beyonce.

And then all of a sudden, Drake walked past the stage onto a moving platform that yes, levitated into the air! Granting shout-outs to fans in the crowd, Drake played an elaborate twenty minute version of “I Spy,” calling out members of the audience “I see you, Girl in the Green Shirt on the right…” Drake is really good at “I Spy.” 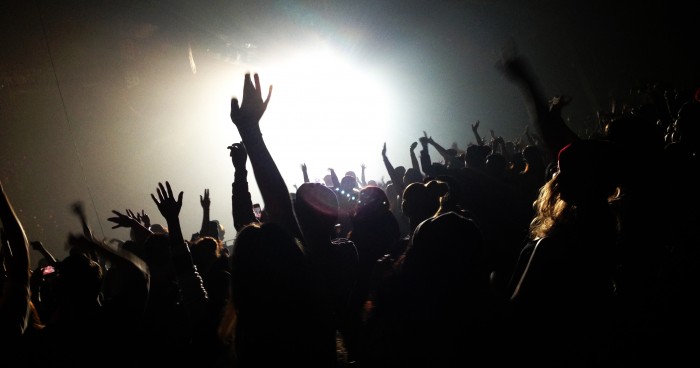 As the hovercraft-cum-stage descended dramatically, Drake resembled an alien (a talented and handsome alien) as he once again touched ground. Adoringly, the thousands of fans welcomed him back before he began his last song, a haunting rendition of the Bay Area tribute, “The Motto.”

The strict curfew laws of the Oracle (no music after eleven) halted any possibility for an encore but then again, no one seemed to mind. Nothing was the same. So, at the very reasonable price of $60, who knew you could have a life-altering experience from a nosebleed seat?

Get Tickets To See Drake

See Upcoming Events at The Oracle