As concert-goers shuffled into the arena, Capital Cities began their set which started off the night with heart pumping indie pop music and groovy moves. The band set the energy level for the night with smooth trumpet solos and closed its performance with “Safe and Sound.” 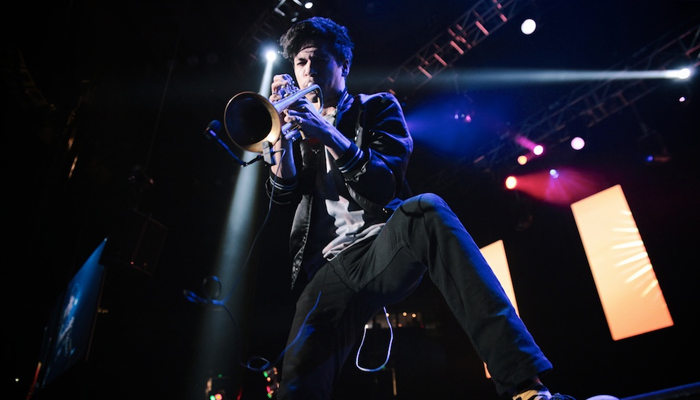 The musical holiday fest continued with Arctic Monkeys, the British indie band which has come a long way from their garage rock beginnings to the sleek sounds they are known for today. Although the high volume of the acoustics overpowered their vocals at the beginning of the set, the band had a powerful stage presence with their Beatles-esque style, sexy vocals, and Alex Turner’s continuously moving hips. 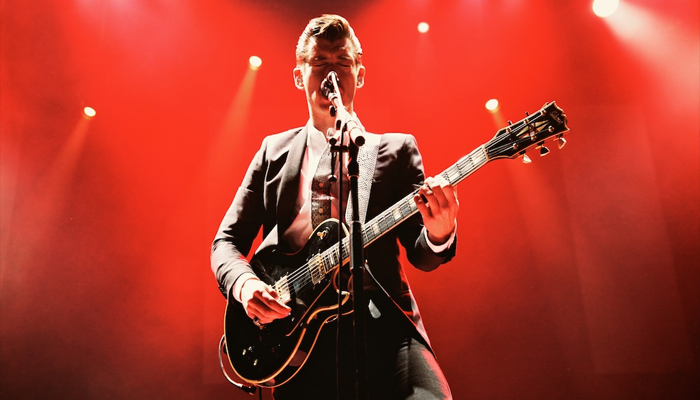 As the night continued with a much larger crowd, AFI was next up on stage performing new and old songs including “Miss Murder,” “Love Like Winter,” and “17 Crimes” from their latest album Burials. The band’s incredible energy was unforgettable as lead singer Davey Havok jumped around on stage like he owned it.

Next, it was time for Queens of the Stone Age, who continued the heart-pumping energy and rocked out old and new hits including “No One Knows,” “My God is the Sun,” and “A Song for the Dead.” Vocalist-guitarist Josh Homme made sure he captured crowd’s attention with his impressive stage presence and closed off the set with a powerful acoustic performance of “A Song For The Dead.”

Taking a turn from hard rock music, Vampire Weekend’s pop sound and unique vocals set a somewhat of calmer, whimsical mood in the arena. Lead vocalist Ezra Koenig hit every note on point. The indie pop band has recently been nominated for a Grammy and it is clear to see why. 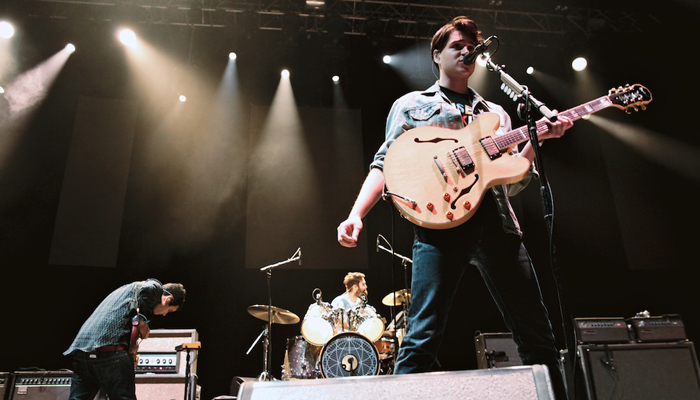 Kings of Leon closed the night with an emotional performance that touched the soul reminding the fans how amazing this band really is. Its performance of “Closer” and “Use Somebody” was magnificent and closed with “Sex on Fire” as the crowd sang-a-long down to a perfect night of amazing talent.

The LA-based indie band The Neighbourhood kicked off the sold-out second night. Fairly new, they emerged in 2011 and have since been growing in popularity with its platinum single “Sweater Weather.” With The Neighbourhood, everything is black and white from band photos to music videos and now Jesse Rutherford’s split two-tone hair. To maintain its style, the stage was also black and white, which made each performance mysterious to the eye, yet pleasing to the ear. The band’s sultry vocals and original sound were no disappointment during its live performances of “Female Robbery,” “Sweater Weather,” “Afraid,” and more from the latest album I Love You.

The British alternative rock band Bastille took the stage next. During the performance of “Pompei,” lead singer Dan Smith jumped around on stage with liveliness getting the crowd pumped up. The highlight of the band’s hard hitting performance? Smith walked through the crowd while singing “Flaws.” Who wouldn’t want to get up close and personal with Dan Smith?

Nominated for four Grammy’s this year, Lorde finally took the stage as the whole crowd stood in anticipation for the 17-year-old singer-songwriter from New Zealand. Unfortunately, the mic didn’t work at the beginning of her set, but when the crowd finally heard her voice, they cheered. Lorde’s “Royals” was the best performance from her set as she jerked all over the stage. She also performed a dark cover of Kanye West’s “Hold My Liquor” with pure emotion. Flawless.

Next up on stage was the English indie rock band Alt-J. A breath of fresh air, the band blends folk music to its already unique sound. Not to mention, lead vocalist Joe Newman’s obscure vocals makes the band fascinating and eccentric. The live performance of “Matilda” was the highlight of the set. 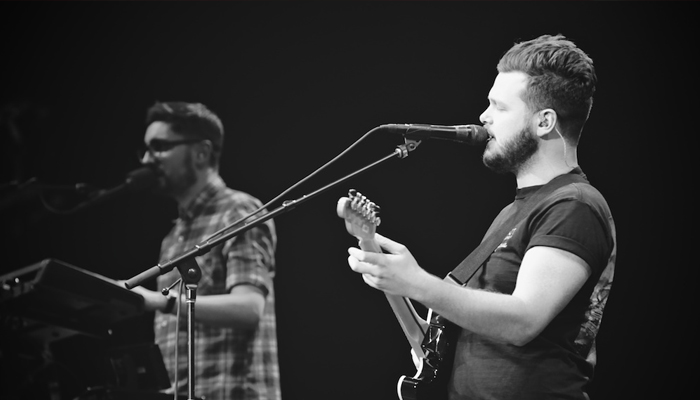 Getting back into the indie pop sound, Phoenix took the stage and immediately busted out the crowd’s energy reminding them how fun and dance party-ish the night could be. The crowd danced and sang-a-long to “Listzomania” and “1901” to name a few, Lead Vocalist Thomas Mars showed off his mad crowd swimming and surfing skills as he casually began performing “Rome.” Mars literally swam on top of screaming and excited fans. When he could, Mars stood on top of the crowd, trusting that fans would hold him up as he continued his performance and crowd surfed back to the stage. There’s no doubt that Phoenix stole the show and with Arcade Fire closing the night, it was hard to imagine how much better Arcade Fire could be.

Arcade Fire’s lead vocalist Edwin Butler began the set off stage in the crowd with fans gathered around him. As he made his way to the white and silver stage, disco balls began to spin and reflect the bright strobe lights. During the performance of “Reflektor,” Butler turned into a mirrored man, similar to the imagery used in the music video. He wore some a mirrored hood that covered his whole face and continued singing with the mic hidden under the hood. Arcade Fire’s overall set was not disappointing, nor was it unforgettable, but entertained the crowd. As the night was winding down, the crowd sang-a-long to the band’s final performance of “Wake Up.” 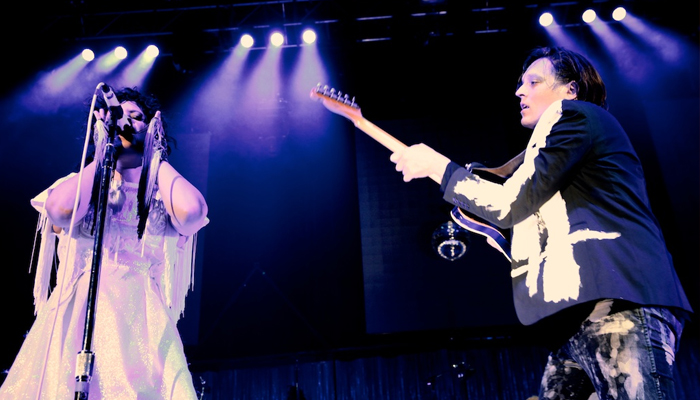 Live 105 should be proud of putting together the biggest lineup in Not So Silent Night history. Each band performed with liveliness and there wasn’t a dull moment.