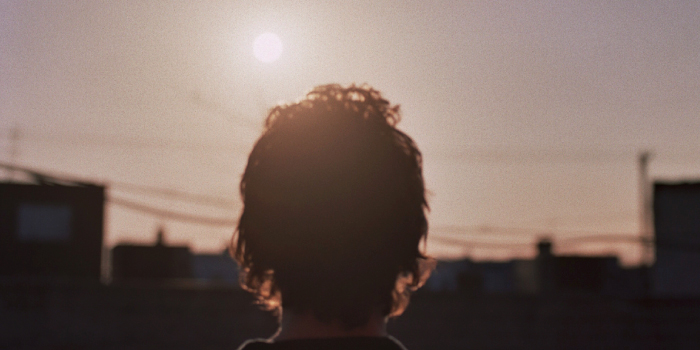 After spending the better part of the last two years on the road touring in support of its 2012 debut LP, Gone, Philadelphia-based indie pop act Vacationer has returned with Relief, a new album to be released June 24. Opening its horizons to create a deeper, Cinerama-like sound, the group’s more honed sonic aesthetic is undoubtedly a reflection of the time spent touring and truly fleshing out what works for the band in a live concert setting. In the midst of a cross-country North American tour, Vacationer’s chief singer/songwriter Kenny Vasoli caught up with us to talk about the band’s love of exotica music, randomly running into Bruce Willis on the road and how the group has evolved since first starting out.

How do you prepare for a tour?
I try to spend as much time with my dog as I can. I also try my best to enjoy the comforts of home rather than feel any stress in packing.

What is the weirdest thing that has happened to you or that you’ve seen while on tour?
Bruce Willis once tried opening the door to the van, mistaking it for his. Crazy.

How have your shows changed or evolved since you first started playing live?
I think we’ve become comfortable enough with each other, as musicians as well as friends, to develop shorthand with each other. It makes playing together very enjoyable.

Do you have a preference between playing festivals or concert venues?
All the fests and club shows we’ve played have been across the board in terms of quality. It really depends on the show. I like indoor and outdoor shows when executed well.

Do you have a pre-show ritual?
Mike, Greg and I will do a few minutes of vocal warm-ups, while Ryan is usually drumming on a pad. We’ve also been piping in a bossa nova/exotica mix as we set up. It’s a good vibe chiller.

Do you have a favorite group that you’ve opened for?
Probably Bombay Bicycle Club. We are massive fans of their music. It’s hard to choose. We’ve been really lucky with who we’ve gotten to share stages with.

What was your first concert?
The Rolling Stones. Blind Melon opened…and they didn’t play “No Rain.”

Who are some musicians who’ve influenced your performance style?
Over the years it spans from Van Morrison, James Brown, David Byrne, Thom Yorke, James Murphy. Too many to name them all.

Have you seen any good concerts recently?
It’s been a while since I’ve been out to one that we haven’t played. We got to support !!! in December. That was a blast watching them.

Get Tickets to see Vacationer