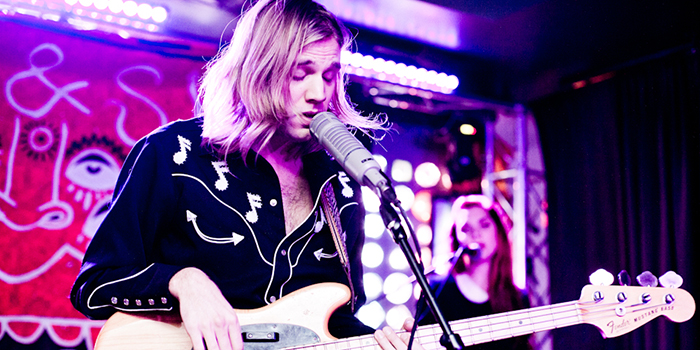 Photo Courtesy of The Fader

Before Dutchman Nick Van Hofwegen began to create and release his own music, he had already reached the number one spot on the Billboard Top 100 list four times. His artwork, a way for him to make a name for himself in the music world, led to him creating the album cover art for notable artists such as Foster the People, T. Mills, Maroon 5, and Robin Thicke. Additionally, Urban Outfitters picked up some of Hofwegen’s designs for T-shirts, and Rag & Bone commissioned him for a mural outside its SoHo location in New York City.

Now, under the name Young & Sick, a music, art, and fashion project, Van Hofwegen is taking a turn at creating his own music by blending together soulful R&B vocals, poppy synthesizers, and soft rock.

The Guardian raved about this new project, saying, “Musically, vocally, in terms of production, and everything else, what he does is right on the money.”

In early 2013, Van Hofwegen and his band discreetly released their second single, “Continuum,” through Tor underweb because they were “fascinated by the idea of total anonymity.” However, the band eventually decided to sign to Harvest Records late last year.

This year, Young & Sick played at both the Coachella Valley Music & Arts Festival and SXSW, and even performed a show exclusively for dogs at a fundraiser for the Austin Pets Alive! animal shelter. Be sure to check out the dates for the group’s North American summer tour, running through mid-July.

Get Tickets to See Young & Sick