This is the first in a series of articles that will cover the going-ons behind the scenes of music, art, and food festival planning 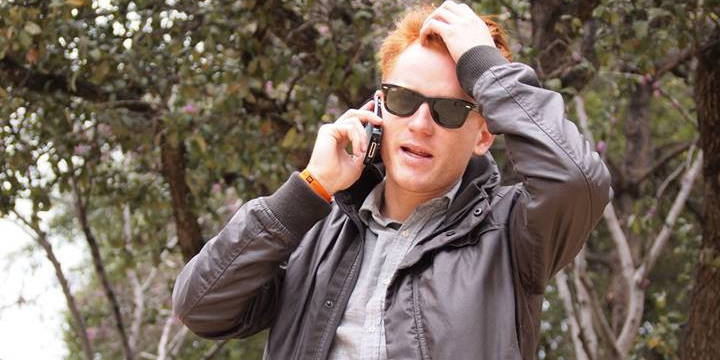 “I think it’s so critical to learn where these things come from; people enjoy them as consumers so much but a lot of people don’t really know where it all started.” – Brett Mendenhall.

Are you focused on maintaining your spot within San Francisco or is there a move to expand Noise Pop for a national audience?
Certainly TIMF (Treasure Island Music Festival) already appeals to a national audience. Noise Pop Festival (NPF) by choice, is still pretty local. Certainly people come in for NPF and it’s known around the country as a pretty significant indie music festival. But to answer your question, yes, I do think we want to expand into a larger, more national audience. Our goal with the 20th Street Block Party, after we have the one this August, is to expand into different areas, possibly going to Los Angeles and doing a block party in either Silver Lake or Venice and hit some of the markets down there. We think we have a good brand and a brand that really understands the local audience. We’d like to go into other cities and be able to work with locals there and really understand those audiences well, and be able to produce some high quality events like we do at the Block Party and NPF.

A lot of other festivals have one of the lead production companies taking over (Live Nation, Goldenvoice, etc.). Do you see Noise Pop staying independent or joining a more corporate enterprise?
It’s hard for me to say because of my position, but I do not see us partnering at all with the larger companies. I think there is a reason why Noise Pop has been around for 23 years and has been able to present these festivals almost entirely with local partners. I think even as we select more national partners, I wouldn’t consider them big corporations. I think Fader is very much in line with the type of music and demographic that we want to work with and present to. So, no I don’t think there’s any reason to. I think we’re successful enough with where we’re at. I do understand why some of the larger festivals have partnered with these bigger companies. I think it takes your production value to the next level. With TIMF we’ve hit this perfect blend of keeping it small enough but maintaining its aesthetics. I don’t think it’s the intention of anyone who works at Noise Pop to bring it to a larger corporation.

Sometimes it seems inevitable though, you get to a certain point where you either plateau or you continue to expand.
Thats a good point. People talk about plateauing and I wonder if that’s a problem, really. I mean, if we’ve hit a place we want to be at, of course you always want to sell more tickets. But especially at TIMF, we’re at that perfect point where it’s not too big. You can keep getting bigger and bigger but you’re going to lose that audience that really cares about keeping it more local and small, and suddenly you’ll be selling to people who just want to go to the biggest and best festival. Which is fine if you want to do that, but I don’t think that was ever the goal of Noise Pop and I don’t think it is now.

How does the decision making process unfold when planning the lineup and venues?
There are a few different levels there. The venues are based on partnerships we’ve had in the past. The actual bands falls on our talent buyers and the Noise Pop partners. It’s based on what our talent buyer sees as really relevant bands for that year, and I think we keep a pretty good ear to the wind to see what’s up-and-coming and what people want to see in the upcoming year. It is a collaborative effort too. Within the office there is a lot of communication about whether or not a band seems cool or is being listened to, so it does end up being a good collaborative process. For TIMF, we try to look forward to the next year and I think we’ve done a good job of that. We fall very late in the year being in October, so we’re at the very end of festival season. But a lot of the bands we present, you end up seeing at SXSW in March, Coachella in April, Sasquatch in May, and throughout the rest of the festival season. Our talent buyer has a pretty good idea of what’s going to be hip the next year.

If you could change one thing about the festival industry, what would it be?
I really wish it would get back to the artists. I’m not saying we have to ignore corporate sponsorship and all that–I think all that to some degree is necessary, depending on the festival. You’re having this festival physically in an area and community, and it’s important to think about how we can be respectful to the local culture and present local vendors. That is one reason I’m really proud of our 20th Street Block Party, because it’s entirely about local vendors. It was funny, we were talking to this farmer who ran the vegan food truck that was at Sasquatch, and he was talking about how he sees all these vats of food coming in from Sysco and other massive food corporations. I don’t really see the connect there or see why that is necessary other than for profit. It just doesn’t make any sense. I think Coachella, and certainly Lightning in a Bottle, have done a good job at representing local vendors and making it all about them, not about making money for the venue or making money for the name of the festival itself. It really is all about the local artists and I think that’s really, really essential. So, if I could change one thing it would be moving more towards that culture.