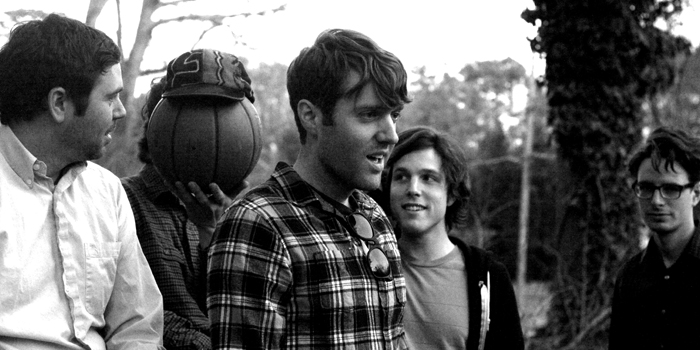 Gold-Bears is an indie rock project from Atlanta that aptly describes its own sound as “crash pop.” Using melancholy lyricism shrouded in melodic hooks and punk rock energy, the band creates mini anthems full of distortion and emotional catharsis. Dalliance, the group’s second album, was released by Slumberland Records in early-June and supported by a two week US tour through the South and the East Coast. Frontman Jeremy Underwood took some time to chat with us about those shows, Dalliance’s recording process, and the disadvantage of being permanent driver on tour.

The recording of Dalliance took about a year and a half to finish. How did that process go?

Yeah, it was kind of a slow process doing it. We recorded it at a place called The Cottage in Atlanta. It’s a studio that our friends own. We didn’t really have a deadline with Slumberland and we also didn’t have a self-imposed deadline, so we just worked on it as slowly as we needed to. After a certain point, we just said, “we’ve gotta get this done.”

The performances and vocal takes still manage to have a lot of energy and urgency to them, which is impressive considering how long you spent recording.

Yeah, that part was a little bit weird. We did the drums a year and a half ago and then we slowly layered guitars on. Then we finally did the vocals at the end. It was a little weird to pick it up after a couple weeks of not working on things. Getting back into it and still trying to give that urgent feel to it.

You worked with a new set of musicians on this album. Did that change your approach to how you shape your songs at all?

Not necessarily. I’m probably one of the hardest people to be in a band with because I’m like a dictator and just tell people what to play. The guys playing in the band now sort of have the same music vocabulary as I do though, Scotty, the guitar player, in particular. So I would work on the rhythm stuff and send him the recordings, and he would come up with some jangly guitar parts that fit the songs.

Slumberland’s website recently posted a mix you made of some of your influences and favorite songs. Can you talk a bit about what these artists mean to you and how they inform your songwriting?

I’ve always thought it was silly when musicians don’t want to talk about their influences, or try to come across as though they’re this mysterious person that makes up these songs that just happen to sound like people who are making music at the same time or people who have made music in the past. Music is historical. It’s a thing that’s building on itself. My room is full of records and I’m constantly thinking about what I’m going to listen to next, or what band I want to learn about next. If I walk into another musician’s room and it’s not full of records, I kind of feel weird. 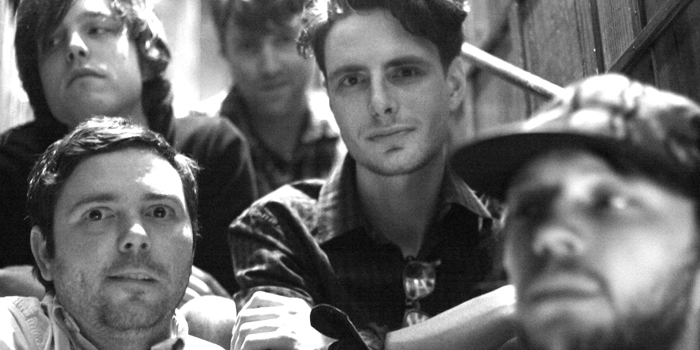 What was your favorite show of this most recent tour?

This was our best tour in terms of attendance, and people knowing the songs and singing along. The NYC Popfest show at Littlefield in Brooklyn was definitely the best show because we felt like we were really playing to our fan base.

What’s a typical day like for you on the road?

It really depends on where we are. Either we’re driving a lot, or we’re hanging out with the person we stayed with the night before, or we’re stopping off in the middle of Virginia to go to a swimming hole or something like that.

Did any particular albums or bands get a lot of play in the van during the tour?

We listened to Withered Hands’ new album a lot, New Gods. The van we rented this time had a DVD player, so the person who was driving couldn’t really listen to anything other than whatever was playing in the back, which was typically The Simpsons.

Nice. What season were you guys watching?

I don’t know. I drove the whole time.

Drag…Any plans for a West Coast swing coming up?

It’s not out of the picture. Not in the immediate future, but maybe in four or five months or something we’ll make it out there.

Are there any venues or cities you’ve never played that are on your bucket list?

San Francisco, definitely. Also, Los Angeles and San Diego. I’ve never played the West Coast in any of the bands I’ve played in. Seattle would be fun too.

Seeing The Spook School at NYC Popfest was really cool. And Literature. They’re our friends and they’re a really, really awesome band.

Finally, the hyphen in the band name begs this important last question. Did you take your name from the Haribo gummy bears?

Get Tickets to See Gold-Bears