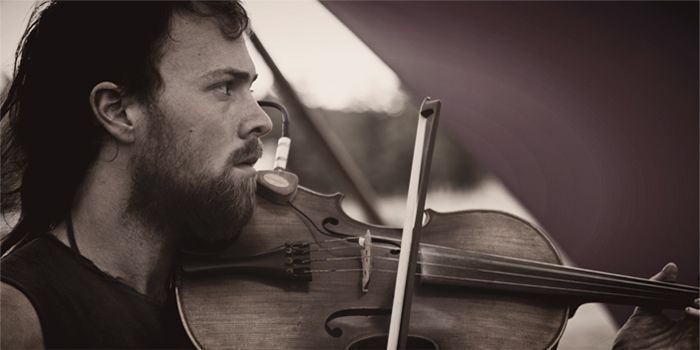 Native Portlander Plantrae’s sound is heavily influenced by his roots in Cascadia. Electronic music doesn’t usually conjure up images of waterfalls and the smell of the forest after a recent downpour, but Zak Hoya is here to change that. Taking inspiration from the boundless natural beauty of the Pacific Northwest, he brings folk melodies together with glitch and bass elements to create a distinctive sound.

This summer, Plantrae has been packing dance floors at festivals around the country thanks to his live viola improvisations. Although he does use a laptop on stage, his shows are more than just DJ sets. At music festivals, he manages to create a big enough sound to draw in folks passing by, while still making the performance feel like an intimate affair. During his sets, the viola is his voice and the resounding human element in front of a digitally created background. His music contains two main elements, the acoustic and the digital, but the two do not stand at odds with each other; the tapestry of sound they create–especially live–is powerful.

Since playing his first festival at Colorado’s Sonic Bloom in 2012, he’s continued to build up a following at similar events around the country. This year, his tour includes a stop in British Columbia for his first gig at the Shambhala Music Festival in early-August.

Get Tickets to See Plantrae