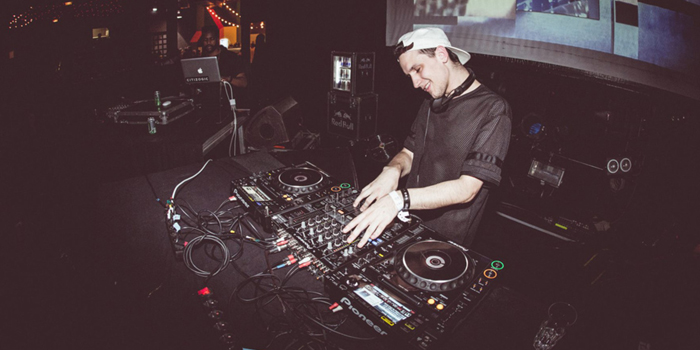 Having opened up for The XX’s 2012 tour, it should come as no surprise that Jacques Greene is a producer of high quality music. The artist draws influence from across the board for his club music laced with an almost sensual R&B vibe. Greene is extremely thorough in his craft — he admits to scouring multiple hip-hop blogs and listening to every new and notable mix-tape.

“Everyday, man, everyday,” he told liveforthefunk.com. “I am on WorldStar and HotNewHipHop and all the rap blogs, like NahRight, literally every single day. I download every random dude’s mixtape and listen to it all.”

This research shines through in his ability to sample old, forgotten about R&B hooks and revamp them in relevant and flawless ways. The Montreal native released his first single in 2010 and has continued to release soulful music since, and though he does not have a plethora of music, the tracks he has released have been pretty close to perfect.

Greene focuses on creating a certain atmosphere in the club, where he believes the goal of his music is to allow people to lose themselves within it. He refers to this as “a space where people can be comfortable and just lose their minds and let loose in.”

Jacques Greene will be coming to San Francisco to perform at Noise Pop’s 20th Street Block Party After Party at Public Works. Don’t miss your chance to lose yourself and let loose to his two-step. You can purchase tickets on our site, or check our Facebook for a giveaway starting Friday 8/15.

Get Tickets to See Jacques Greene

Get Tickets to the 20th Street Block Party After Party