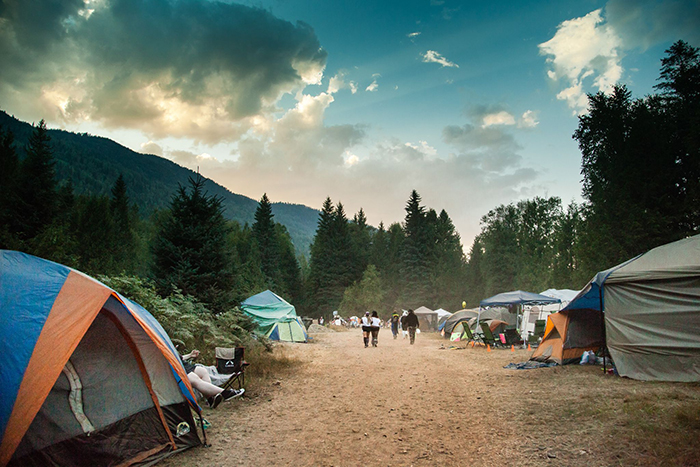 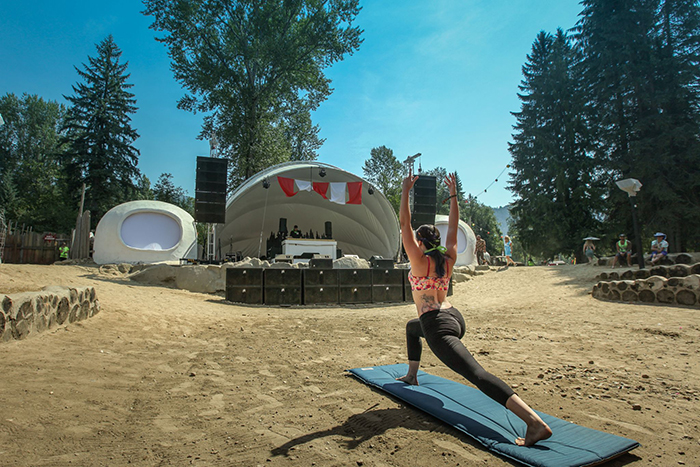 This festival is one of the most beloved in Canada, and this year the lineup featured big names, with Bassnectar drawing a particularly epic crowd. The Pagoda Stage was literally overflowing, and there was a throng of bassheads listening from outside. There were appearances from all parts of the electronic spectrum, including a glitchy, irresistibly danceable show by Goosebumpz, a playful performance by Odesza (featuring stiltwalkers, hula hoops, and bubbles), and an energetic set by What So Not. 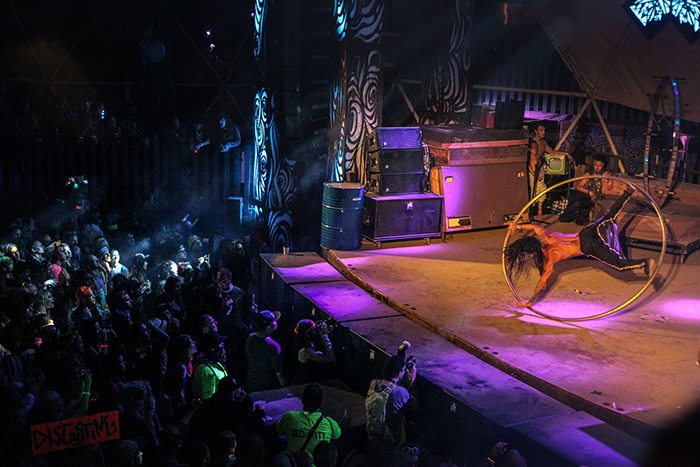 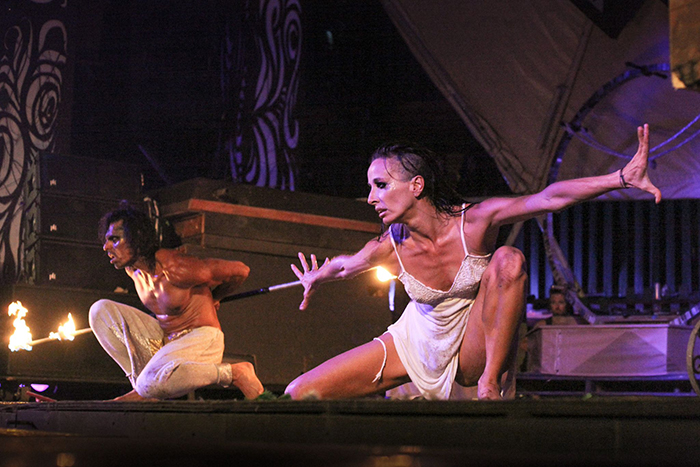 The stages at Shambhala are what set it apart from other festivals; they’re permanent features on the landscape, so each year they get bigger, better, brighter, and bass-ier. The entire place feels more like a creative playground than a festival site. Fractal Forest, for example, felt as if you were entering a different planet. Complete with projection-mapped flower cutouts in the trees, a wraparound sound system encircling the stage, and no shortage of lasers, the designers and crew managed to create a funkadelic dreamscape. 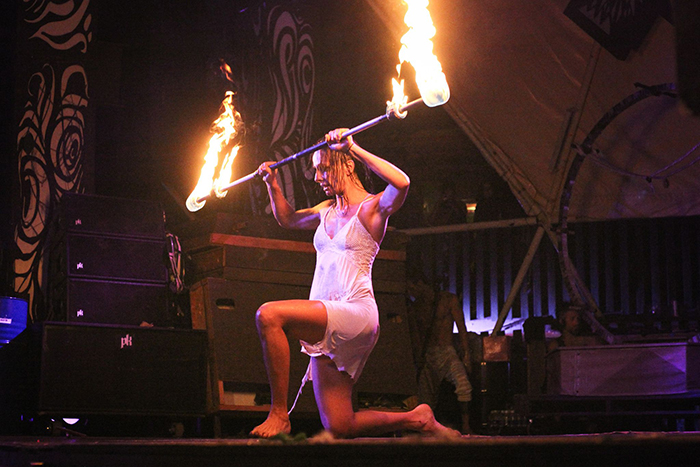 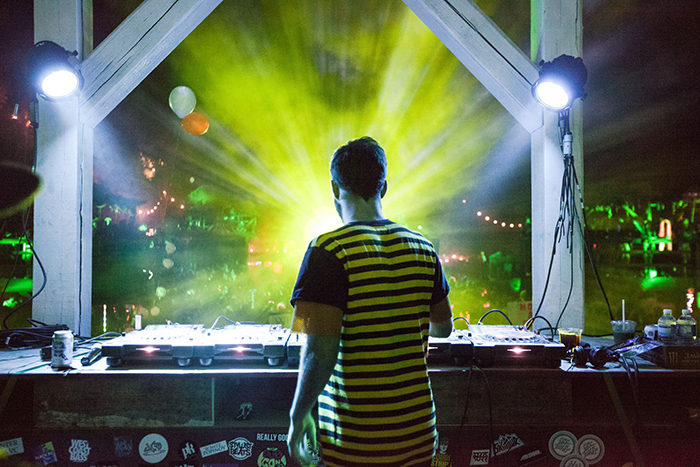 Attendees found ways to keep themselves entertained outside of the main stages as well. All along the main path from the campground to the festival area, people set up trading posts for others to leave and take what they needed (everything from glowsticks to snacks to earplugs). Hopeful messages were written and hung on the branches of the Wishing Tree, which provided a peaceful place for rest and reflection–until a bunch of redheads took it over for a “ginger party” on Sunday, that is. 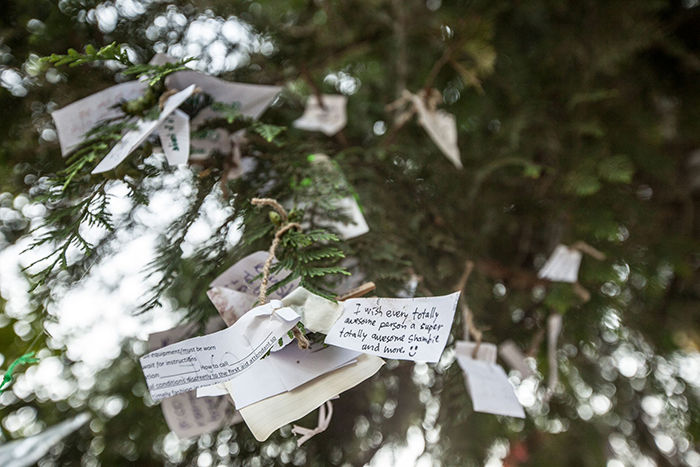 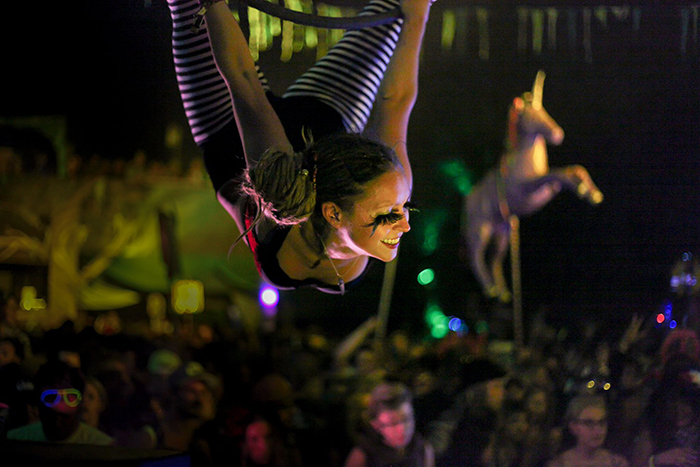 In the daytime, the heat and dust sent many people to the rocky beach by the Salmo River, where the Living Room Stage was located. Attendees floated and relaxed while listening to some upbeat tunes, including a Mushroom Jazz set from Mark Farina. As much as there is to see at the rest of the festival, it’s tempting to bring your floaties and some snacks, and just settle in until the sun goes down. 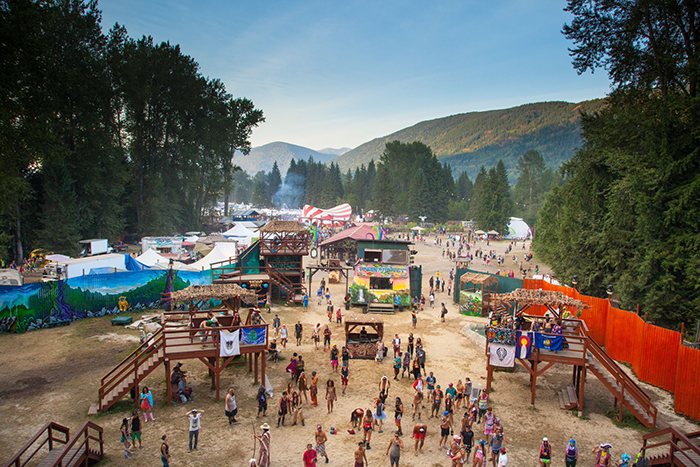 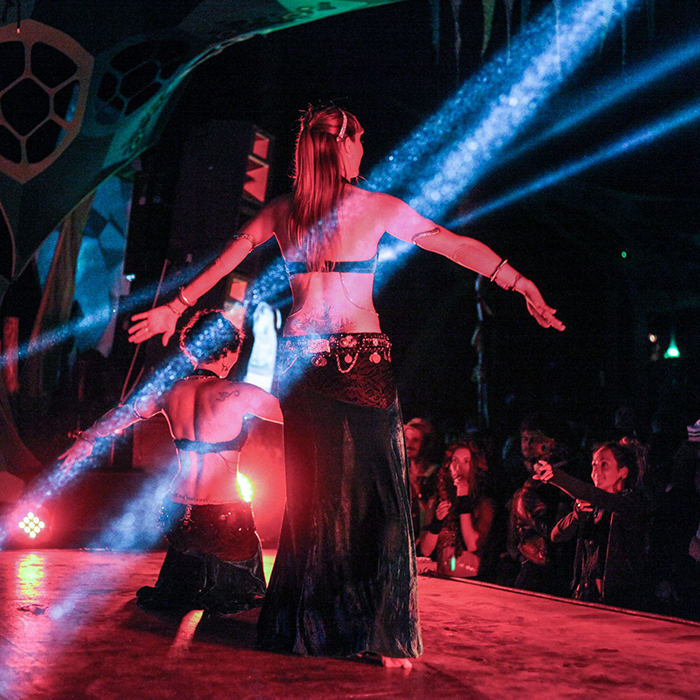 The festival has been held at the same family farm since it began 14 years ago, and for a lot of people, the land feels like home. People seemed to have a deep connection to the beautiful natural surroundings, taking care to leave the land as beautiful as they found it. There are a lot of ways to measure how much people are picking up after themselves, but a good indicator is cigarette butts; usually they’re ubiquitously scattered on the ground at any given festival. At Shambhala, there were hardly any to be found. Some people have been attending Shambhala for 10 or more years. After you’ve had so many incredible experiences in one place, you really start to treat it like home. 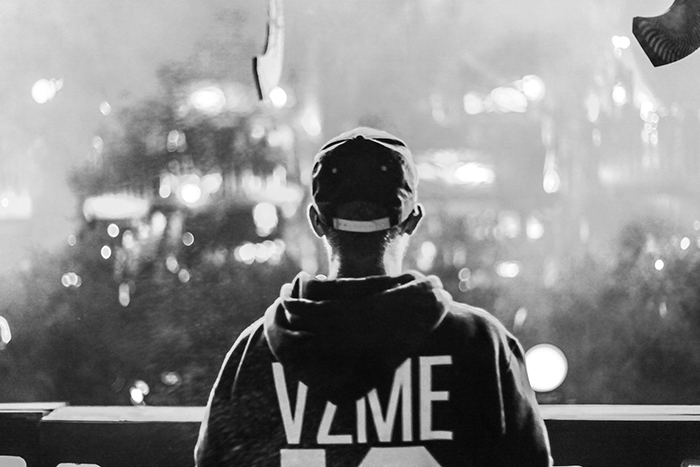 bassnectar goosebumpz ODESZA shambhala shambhala music festival what so not