BY SRAVANI AYYALURU and ALEXANDRA BARROWS 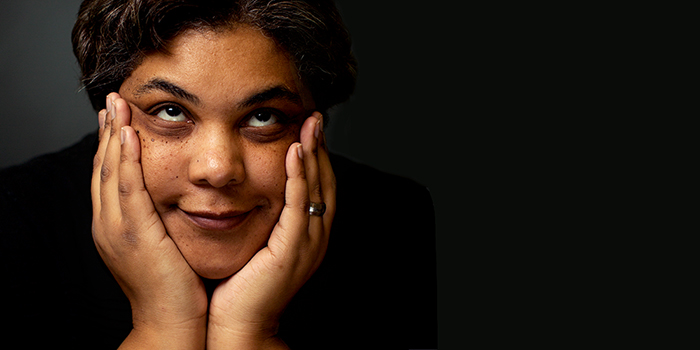 A professor of English at Purdue University during the day and a blogger, editor and writer in her free time, Roxane Gay is one of the most important new voices on modern feminism, pop culture and the trials and tribulations of being a woman in the modern age. She has previously authored two other books, including the political thriller, An Untamed State (Grove Atlantic, 2014) and a book of short stories, Ayiti (Artistically Declined Press, 2011). Her work has also been published in an abundance of anthologies and reviews, including but not limited to The Best American Short Stories 2012, The Best Sex Writing 2011, Bitch Magazine, Frequencies, The Oxford American Review, The Los Angeles Review, Glamour Magazine, McSweeney’s, Salon, Best Sex Writing 2011, and The Rumpus.

Her new highly acclaimed essay collection, Bad Feminist, makes insightful commentary on topics like race, feminism, gender and privilege through a critical analysis of pop culture phenomenons like Beyonce, Orange is the New Black, Fifty Shades of Grey, reality television and so much more. Her stories and point of view are at once refreshing and extremely relatable to all feminists, regardless of race, class or gender, who enjoy the very pop culture that reinforces detrimental stereotypes and misogyny.

Gay, who has admitted in the past to live-tweeting the September Issue of Vogue and enjoying Chris Brown, proves we can still indulge in guilty pleasures as long as we think critically about those indulgences. In Bad Feminist, Gay writes: “When you can’t find someone to follow, you have to find a way to lead by example…[i]n this collection, I’m trying to lead, in a small, imperfect way.” Gay does not need to try anymore: she has succeeded in becoming the leader of an imperfect but impactful feminism.

The Bad Feminist herself will be in the Bay Area this week. First, Roxane Gay will be reading from her new essay collection at Berkeley’s Mrs. Dalloway’s on Wednesday September 24 at 7:30 PM where Bay Area literati and author of Bad Mother, Ayelet Waldman, will introduce the author. Another reading will be held on Thursday September 25 at 7:00 PM at City Lights Bookstore in San Francisco. Listen to her discuss everything from competitive scrabble tournaments to the HBO show, Girls. Sign us up!

Get Tickets to the Mrs. Dalloway’s Reading

Get Tickets to the City Lights Reading