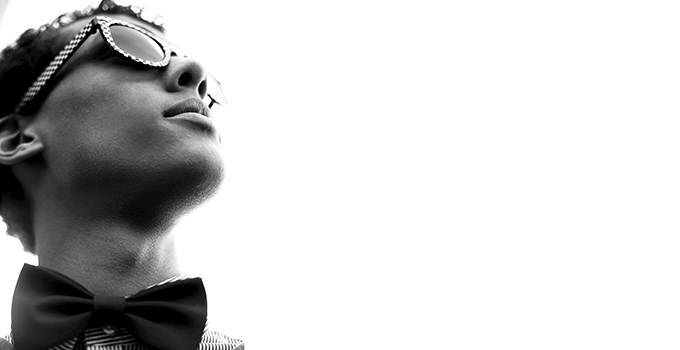 Every so often a pop star comes along who has an inexplicable likeness to the greats. It is felt in their music and in their performance. Paul Van Haver, a.k.a. Stromae, is likely the best thing to happen to music in years. While his popularity in America is still steadily developing, the Belgian musician hit near instant success with his first single, “Alors on Danse,” dominating charts across Europe. The train has not slowed down since. He has performed at awards ceremonies, endorsed Reason music software, and has given a TED Talk about his creative process. His eclectic music fuses influences from all over the spectrum into a unique combination that makes him accessible to nearly any music fan. His lyrics center around relevant social commentary on love, media, and family. His beats call to mind 90s electronica, samba, jazz, and nods to his Rwandan roots. Stromae boosts the character of his songs by changing his stage persona for each, and his dedication to each role gives life to the songs. His dancing and personality can vary so widely that one might think the music has a life of its own, using Stromae as an avatar for its expression. Watching him is like watching a one-man theater performance.

This kind of variety was reflected in the audience at his Mezzanine show on October 3. It was not uncommon to see a young man dancing next to a woman in her fifties and the packed floor burst like a bubble as Stromae took the stage. His backing band all wore his clothing brand, giving them a “henchmen” look – this included the lighting and sound engineers as well. Stromae stood calmly in the middle of the stage, a maestro observing his workspace. He opened strong with “Ta Fête,” the first track of his latest album, Racine Carrée. From there he quickly moved into “Bâtard,” and then “Peace or Violence” from Cheese. It wasn’t until the latter that he began getting up close with his audience, as if he held off until just the right moment. Much of the night was filled with songs from Racine Carrée, with his only other song from Cheese being the immensely popular “Alors on Danse.”

Every song was given the Stromae performance treatment. He adorned himself in earrings and lipstick for his “Tous les Mêmes” persona. For “Humain à l’eau,” he seemed to mimic the personality of a hardcore American rapper. He stumbled drunkenly around stage for “Formidable,” as in the music video. Many of his popular songs were given extended interludes and buildups, turning the room into a dance party. “Papaoutai,” in particular, was extended to introduce all the members of his crew. Stromae and his band ended the night with an intimate a cappella performance of “Tous les Mêmes,” barbershop quintet-style.

Stromae is a rare gem and his command of his audience is captivating. The kind of charisma he employs in his performance hasn’t been seen since Freddie Mercury was on stages; his music was made to be performed. Witnessing this at an intimate venue such as the Mezzanine may never happen again, as his career has only an upward trajectory, and it would come as no surprise if his next visit to the US included sold out stadiums.

Get Tickets to See Stromae